NEWS
Coming Next Week: Design-a-Hole 2014
A Look at Last Year's Winner and How We’re Taking the Grand Prize up a Notch
http://twitter.com/share
Prev News | Next News

Jason Thomason had an idea for a golf hole. Well, over the years he’s actually had a lot of ideas, but one proved to stand above the others.

His style is familiar, artwork magnificent, and his creativity and Golden Tee awareness exhibited on his design The Ancient Ruins impressed the Design-a-Hole judges and fans of the game enough that he was crowned 2013 Design-a-Hole champion.

The Ancient Ruins is now an integral part of Coconut Beach, although the rewards didn’t stop there for Jason. He’s now the proud owner of a Golden Tee Home Edition, the grand prize for the 2013 Design-a-Hole Contest. 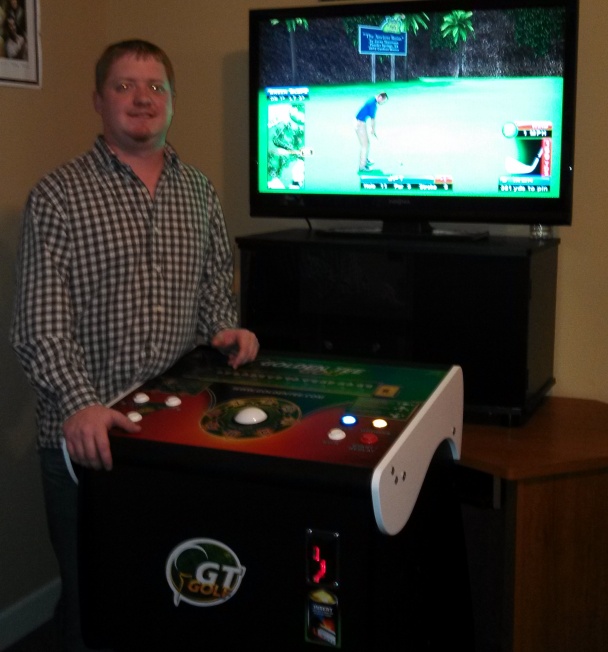 With the 2014 Design-a-Hole Contest around the corner, now is your time. All it takes is a great idea, and the ability to put that idea on paper, computer, or however else you think it will translate best.

A Golden Tee Home Edition will indeed be the grand prize once again, although we’re upping the ante this year. A full year of online play will be included, which means you’ll be able to play YOUR design, from YOUR home, with YOUR golfer.

The stakes have never been higher, and the contest starts next week.

We’ll have all the details and dates you need to know on Monday. Get ready, and start thinking about your dream Golden Tee golf hole for this year’s contest.