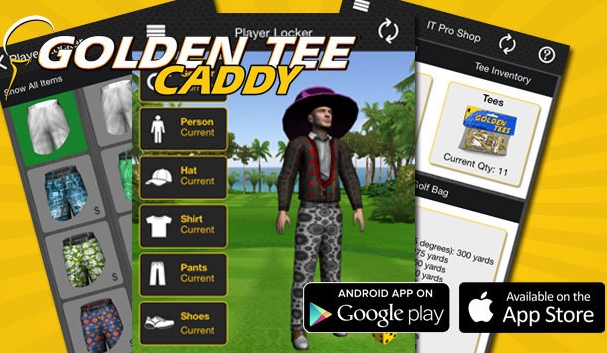 On Monday we announced that the latest update to the Golden Tee Caddy had launched in the Apple and Google Play Stores.

With this launch came the ability to dress your golfer—now known as the Player Locker—and also, for the first time in the game’s history, purchase clothing. You can also do the same thing with equipment—purchase clubs, balls and tees and set them for your next round.

But that’s not all. In fact, one of the most significant additions in Golden Tee 2016 was revealed—at least sort of—under the rebuilt Account Page.

Behold a fascinating addition to this new screen.

Yes, this is correct.

A Cardless ID is coming. You won’t have access to it until Golden Tee 2016 launches, but this will soon be a very significant part of the sign-in process. While we won’t dive into deep details just yet—there will be plenty of time for that—here’s the deal: Golden Tee is getting a keypad starting with its next update, and you can begin by creating your Cardless ID before 2016 launches.

There will be more to it—and we have a bank of fun and exciting details regarding this addition and the update that we’ll get to in due time—although the process starts now, with the latest addition to the GT Caddy.

Download it for your iPhone or Android device today and get ready for 2016. Also, you’ll absolutely love the new additions and having complete control of your golfer away from the game, which you can access right now.