There’s an unsettling feeling when you’re situated deep in the hollow depths of a pot bunker. Even if you have lob wedge in your bag, there’s much uncertainty. Some lies can be favorable, others insurmountable. It all depends on where the ball bounces and what the Golden Tee Gods have to say about it.

It’s been a while since we’ve seen true pot bunkers in Golden Tee. I’m talking about the kind of bunkers that make you rethink your shots, your clubs and your strategy altogether.

I’m sure you’ll welcome them back to the game with open arms.

We’re off to Nag’s Head, North Carolina (yep that’s the real name) for our second in-depth course preview. Our previous stop took up to the great Sequoia Grove – a tree-packed adventure unique from anything we’ve ever seen.

You won’t find many trees on Cape Haven, but you will find sand. LOTS and lots of sand…

We Begin With the Pot Bunkers 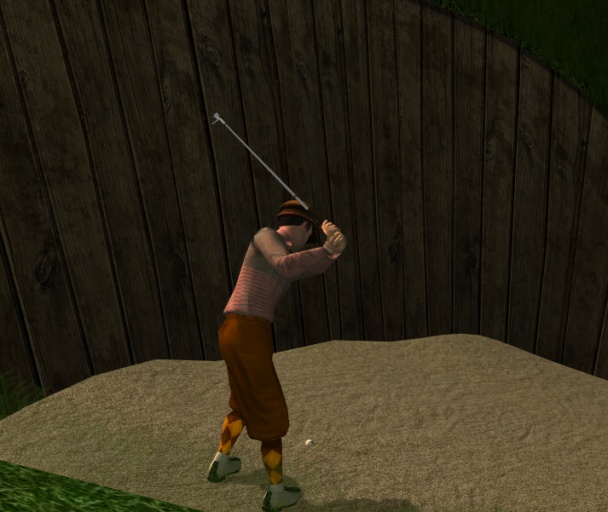 Although you’ll find some well-positioned water on Cape Haven, the pot bunkers are the true hazards to keep an eye on. You won’t be handed a penalty stroke, they’re not out of bounds, but the results could be very similar. In fact, they could be much, much worse.

Some of these bunkers positioned around the green are incredibly deep, and you will have to backwards to get out safely. You won’t want to. In fact, many of you will say “screw it” and try to get out anyways. Trust someone that’s tried this multiple times and failed on just about every one of them: You don’t want to do this.

Did I mention you need a lob wedge? 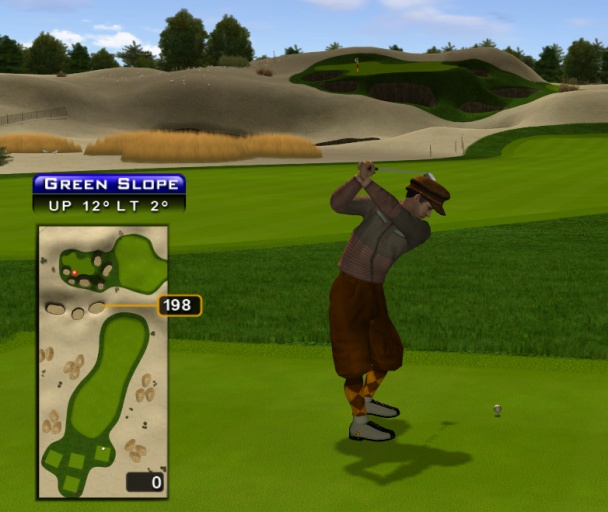 You’re accustomed to seeing lots of green on the virtual golf course. Some fairway, some rough, some water, and yes some sand. Take that classic formula you’re used to and destroy it. It’ll do you no good here.

There’s plenty of fairway, some water and sand. Oh, is there sand.

The rough that lines the fairways has been replaced with magnificent sand dunes. The sand is everywhere, and your misses will no longer be seated somewhat comfortably in longer green grass. Even the bunkers are surrounded by sand, which is somewhat adorable. It’s not adorable if you happen to find the bottom of one (see: Above), but it’ll be a look that makes you do a double-take.

Be accurate and you’ll be able to maximize your distance and spin on your second shots into par-4s and par-5s. This is not the place to be dicey off the tee. 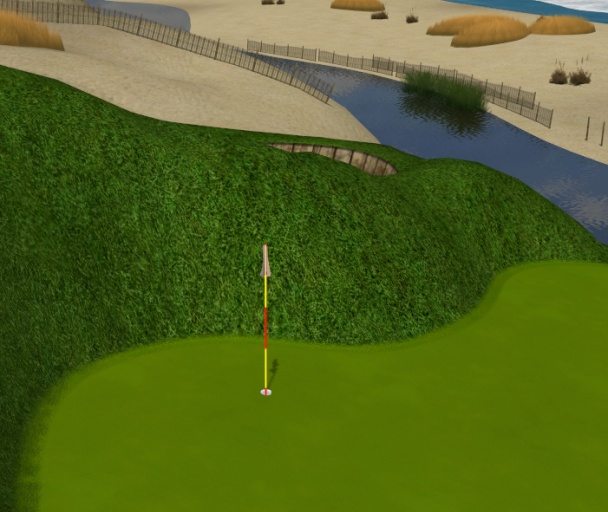 You know the routine. The more holes you play, the harder it gets. This is a Golden Tee formula you’ve been familiar with for quite some time, and it is very much the case here.

The 17th hole in particular is one that may generate plenty of four-letter words in the process. It’s a short hole – most of the time it will only be a wedge in – but it can and will pack a punch.

The green is a down-eight slope and there’s a significant hill positioned directly in front. Also in front, you guessed it, pot bunkers and you DO NOT want to be there. Behind the green is nothing but the beautiful blue Atlantic waters. You also want to avoid that. Well, yeah.

What makes this hole tough, however, is the wind. It will be a howling, and it’s hard to pinpoint the toughest situations early on. Being in between clubs will be an issue, and having to deal with a 17-mile-per-hour out-wind is also not all that fun. The big cross winds? Well, those aren’t great as well.

It won’t be the toughest hole in the game, but it will be one to watch and it will change scorecards drastically.

We'll break down the other courses soon enough. Stay tuned to Goldentee.com for more!