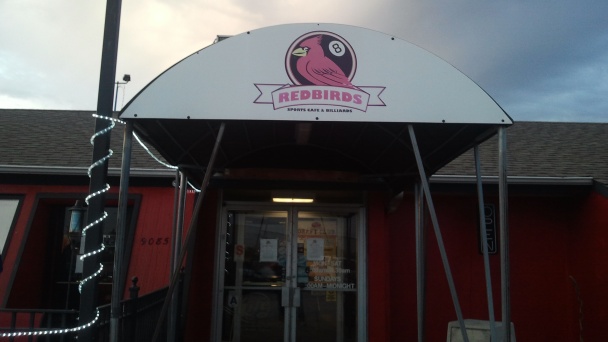 Power Events' Golden Tee Tour made a stop off just outside St. Louis, and it’s been a while since we’ve seen a tournament with the fire power exhibited at Redbirds Sports Bar and Café.

Eighty-eight players teed it up at the 2012 Missouri Open, which featured a ton of the game’s best players in one room. Everyone had their sights set on the $2,000 top prize, and the PEGT Points up for grabs in the second of six overall tournaments.

The festivities got underway with a five-course qualifier. Each player got their crack at the five 2012 courses, with everyone playing on the same conditions. Houston’s Mark Stenmark led all qualifiers, posting a staggering five-course score of -130. Minnesota’s Chris Thorbrogger was second overall, posting a combined score of -128. Missouri’s Evan Gossett was third (-126), followed by Ohio native Andy Haas (-125) and Minnesota trackballer Tony Johnson (-122).

With the main bracket in place – aka the top thirty-two qualifiers overall – the players began double-elimination match play. Stenmark and Haas each maneuvered their way through the top part of the bracket until the two met up late on the winner’s side. It was Haas prevailing here, however, taking down Stenmark -25 to -23 on Grand Canyon.

While the top part of the bracket sorted itself out, it was Florida golfer Sean Gervais making an impressive run of his own. Gervais, who also knows how to karaoke Whitey Houston (RIP, of course) better than anyone in the world, took our Chicago’s Graig Kinzler, Evan Gossett, and Michigan’s Walt Dietz in consecutive games to earn his way into the king of the hill game. The winner would have a spot in the finals (where they would have to be beaten twice), and his opponent was none other than Haas.

Although Haas has won plenty of king of the hill matchups over the years, it was Gervais prevailing over the former world champion -24 to -19 on Royal Cove. While they were each headed in separate directions for the time being, these two were far from done.

Despite the loss, Haas waited on the other side of the bracket to have another shot at Gervais and the Missouri Open crown. As the dust settled, Mark Stenmark battled back from a loss earlier to Haas and played his way into a rematch against him. The winner here would head to the finals.

Once again, however, Haas took down Stenmark -24 to -23, this time on Dusty Bend. One rematch led to another, and it was Haas against Gervais once again, this time for the title. Gervais, however, would have to lose twice for Haas to take home the title.

Playing the first game on Royal Cove, Haas holed out on the second hole to go up a quick stroke on Gervais. He picked up another stroke on hole 14, and a water ball from Sean on the 17th secured the victory for Andy. And just like that it was on to game two.

The two teed it up on Grand Canyon with the title on the line. Thanks to St. Louis Golden Tee player/computer wiz Jimmy Parker, the championship (and other games throughout the weekend) were streaming online. Why listen to a recap when you can watch the title game yourself.

Technology is so awesome.

For those that don’t feel like watching the entire match, it was Sean Gervais jumping out to an early lead. He holed out on the second hole and followed that up with a hole-in-one on three! Although Haas hung tough from that point on, and even picked up a stroke on the 12th hole, he went OB on the 17th which secured the title for Gervais.

Sean laid up on the 18th and eventually tapped in for an impressive -26, giving him the 2012 Missouri Open title!

Congratulations to Sean Gervais and thanks to everyone that showed up for the event. Special thanks must also go out to Power Events for putting on yet another outstanding tournament.

Next stop is Chicago. More details to come shortly.