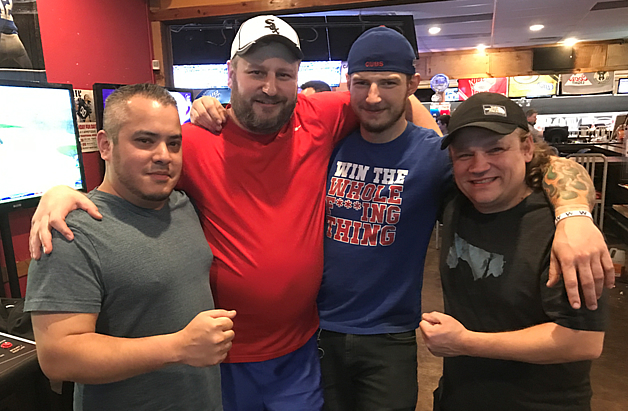 Missouri trackballer Paul Luna added another notch to his tournament belt as he defeated Josh Mertzig Sunday night in an intense two-match battle for the 2017 Wisconsin Open Championship!

After losing to Luna in a third round matchup, Wisconsin native Josh Mertzig battled back through five other opponents on the loser’s side of the bracket to eventually get his rematch against the King of the Hill Paul Luna.

In match one, Luna gave up the first stroke on Hole 5 of Juniper Falls with a missed putt.  Luna was able to tie the game up on Hole 7, when Mertzig collided with the hill on his approach shot.  Mertzig was able to gain a stroke advantage with an amazing chip for eagle on Hole 15. Mertzig took game one with a score of -28 to -25.

With a spin of the trackball, the course selector landed on Juniper Falls once again, setting up the final matchup between these two competitors.

The drivable par 4 Hole 8 is where Mertzig gave up his first stroke, just missing his eagle chip from the sand, while Luna drained his eagle putt from the green.  Luna gained another stroke advantage on Hole 11 with a missed putt by Mertzig.

Juniper continued to show Mertzig no love when his approach shot on Hole 15 stopped just 5 inches away from the cup.  Unfortunately, Mertzig couldn’t mount a comeback in the final Hole s and Paul Luna became the 2017 Wisconsin Open Champion with a -28 to -23 victory!

Once again, it was another great weekend of Golden Tee Golf.  A big thank you to FSGaming, Painter Jim Games, Jukebox Larry Vending and Sussex Bowl for all of their hard work that made this weekend a success!

We hope to see everyone out at Hotshots Sports Bar & Grill in St. Charles, Missouri during April 6-9 for our next tournament, The 2017 Missouri Open!