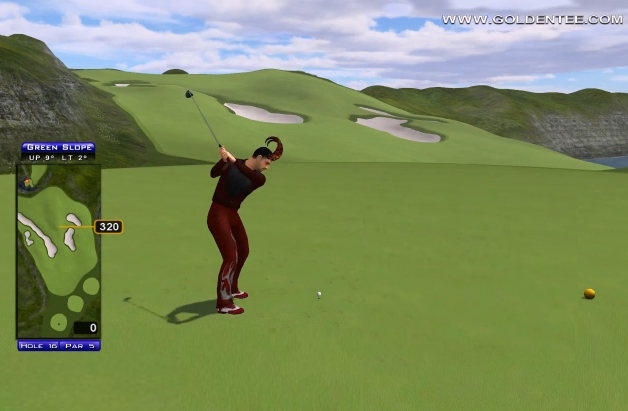 The longest hole-in-one of the Golden Tee YouTube era has been found, and we promise you have never, ever seen anything quite like it.

Before we move forward, let’s go back. The previous record for longest hole-in-one on record came last year, when the mark was broke twice in a one-month span. The 459-yard effort on Elkhorn No. 1 was thought to be the one that stuck around for a while.

Here’s the thing; this shot was hit exactly one month ago to the day. It had somehow remained dormant. The proud owner didn’t share his shot from the highest mountain top, and it didn’t trigger any major factors in our YouTube tool.

But now we have a new YouTube tool—it’s awesome, by the way—that led us to the shot almost immediately. And since we discovered it, I’m not sure we’ve stopped watching.

So a few things. First, let’s talk about the uniqueness of the shot. There’s a “ramp” on this fairway that can certainly get the ball moving quickly. We’ve seen ramps like this before, although rarely in a spot this perfect. If you hit these ramps just right, the ball can travel incredible distances.

Other players have used this ramp and even driven the green, but no one had aced this hole to date. For all the elements and variables and external factors to come together all at once—the wind, the bounces, the pin placement, etc.—it takes something extraordinary. This is that and then some.

We should also highlight the fact that a single shot in Golden Tee resulted 47,897 Great Shot Points, a record. This shot also resulted in a hole-in-one on a hole that had not been conquered to date. Perhaps it will never be again.

Or, perhaps there is still a longer ace out there. After all, this one still had room to spare. But for the time being, let us celebrate this outstanding, physics-defying, 478-yard masterpiece for all that it is.