NEWS
Behind the Design: The Knee
A Look at This Year's Design-a-Hole Winner as It Makes Its Way to 2017
http://twitter.com/share
Prev News | Next News 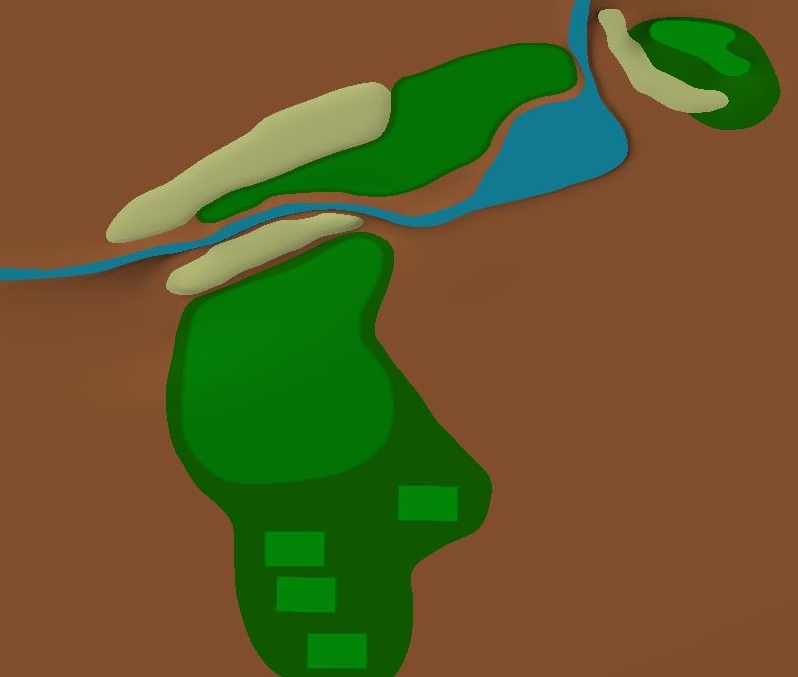 Welcome to the first official piece of Golden Tee 2017 content.

That feels just lovely to type. The next few months, leading up to the release of the new update, promise to be extraordinary. We have much to discuss—and we will get to all of it—but we begin with a look at our Design-a-Hole winner’s transition to the game.

Dan Croutch’s par-5, The Knee, was selected as this year’s winner, besting more than 150 other designs. The 525-yard dogleg right gives golfers two different ways to reach the green in two: do you lay back and go for the safe tee shot and the long approach? Or do you push the limits on your drive to possibly setup an easier shot to the green?

The simplicity, in many ways, is what attracted our judges to the design in the first place. They loved the straightforward (but still challenging) concept. 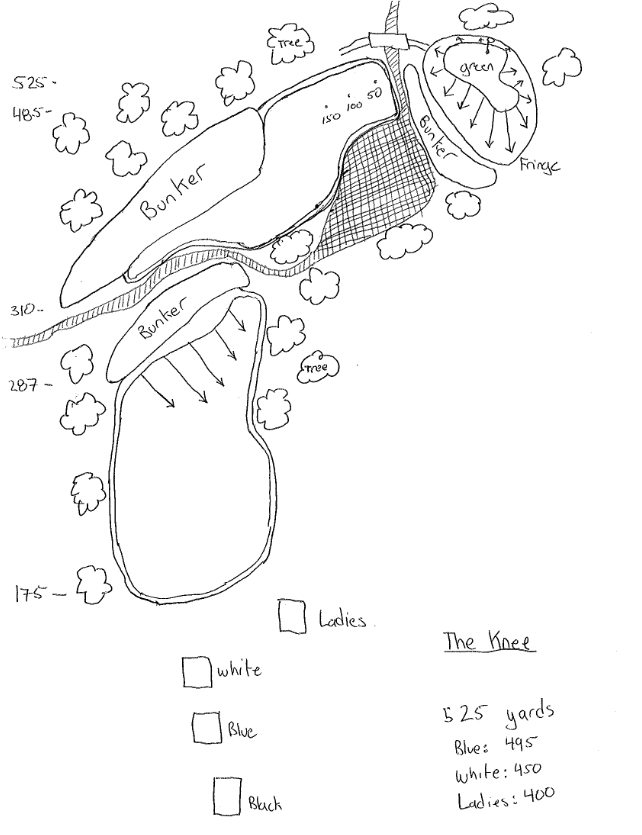 But bringing over the design from drawing to playable hole in Golden Tee is a different animal entirely. Sometimes these transitions are smooth; other times they are not. It’s a matter of the design and adjustments necessary.

“I’d say that this was one of the easier translations we’ve had since doing the contest,” course designer Jim Zielinski said. “The measurements from the sketch were very close and the scale was pretty much spot on.”

Zielinski and the team recreated the design with hopes of keeping it as close to the original concept as possible. It began with a simple sketch of a sketch. 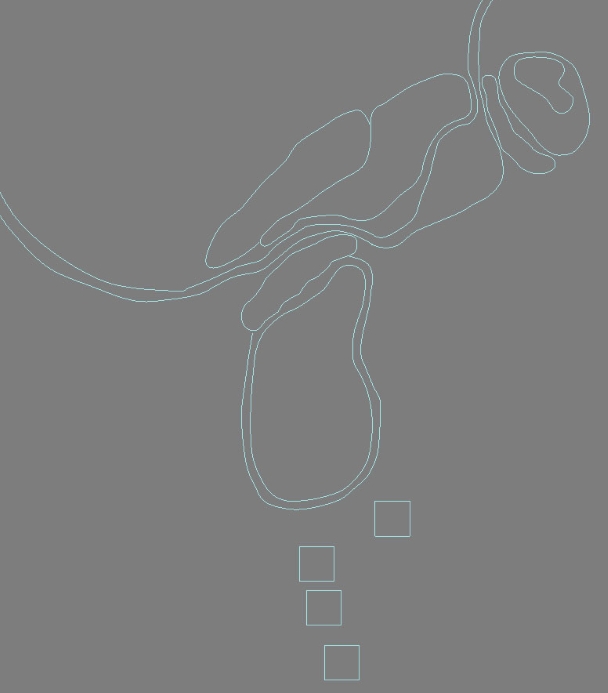 It moved toward fairways and the green. Then the elements like water and sand. Now comes the fun part. Adding trees and other elements that will make the hole.

The basic foundation is in place. The tee shot, which is the core of the creation, needed some exploring. With Golden Tees, ensuring that the proper risk vs. reward is maintained—and more specifically, that players can’t simply power their way to success—was a huge part of Zielinski’s efforts.

“The optimal drive is still going to be short of the water,” Zielinski said. “But the second fairway is tempting. Sometimes it might be more tempting than others. It will be fascinating to see how players attack it.”

The largest change, if you want to call it that, came around the green. To ensure that Croutch’s bunker came in play, he moved it closer to the rough that sloped down from the green. He also increased the slope around the green some, meaning that shots slightly off on the approach likely won’t just trickle on.

A shot off the mark now will likely stay off; while the tee shot might be the bread and butter of the hole, the green is unquestionably one of the more unique creations in the history of the contest. 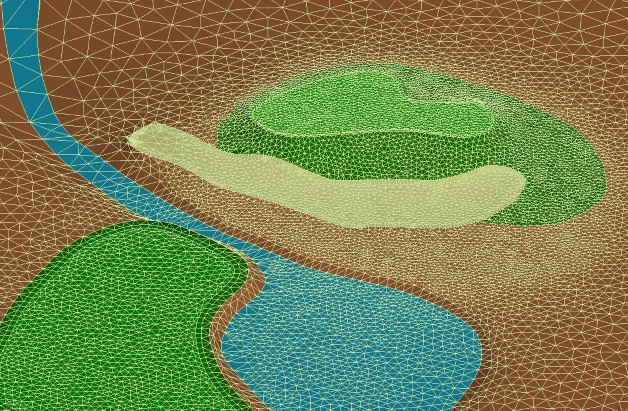 Staying true that theme, The Knee will have a special place in this year’s update. Because of the added slope, it has found a home deep in the back nine—deeper in the round than any Design-a-Hole ever created.

As for where exactly “where” might be, tune back in to see the hole come to life in Golden Tee 2017.