NEWS
Recapping Richmond
The NIV 11 Has Come and Gone, and a Familiar Face Takes Home the Title
http://twitter.com/share
Prev News | Next News 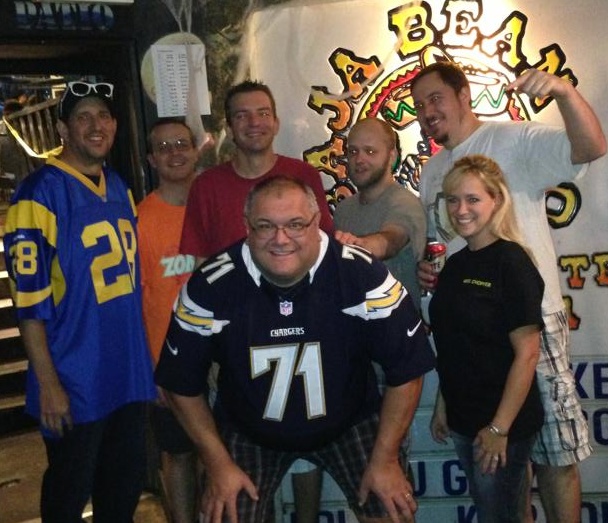 Some Golden Tee tournaments just mean more than others. It’s not about attendance, or the money handed out, or even the time of year. It’s about history, and the NIV (Not in Vegas) has plenty of it.

Power Events teamed up with this wonderful tradition to give us the NIV 11, the fifth of six stops on the PEGT Tour. Playing host to the event was once again the magnificent Baja Bean, a location with more Golden Tee history than perhaps any other.

51 players teed it up in the main event, which began with a five-course qualifier. Playing on the new 2014 courses, it’s safe to say the group did quite well. Houston’s Mark Stenmark was top overall qualifier with a combined score of -124. Fellow Houstonian Paul Luna was second with a score of -123, while North Carolina’s Paul “Putz” Tayloe came in third with a score of -119.

With the bracket set, match play began much like qualifying left off.

Mark Stenmark fired nothing less than a -24 in his first four matches, playing his way into the “King of the Hill” match—aka a guaranteed spot in the finals—against Missouri native (and former GT world champion) Jeff Harlow. This match proved to be a great one, but Stenmark prevailed in sudden death to stay unbeaten.

On the other side of the bracket, players competed with zero room for error. Because it was double-elimination, one more loss meant the day was done.

Another former world champion, Florida’s Chirs Eversole, powered his way with a handful of solid games. After taking out fellow world champ Andy Haas and Paul Tayloe, Eversole played Harlow in a match to head into the finals.

In a battle of world champions, Harlow bested Eversole -25 to -23 to move on.

This meant for the second time that afternoon it would be Stenmark vs. Harlow. For Harlow to win the tournament, however, he would have to take down Stenmark twice, a tall order given the previous eight hours.

For Stenmark, this marks his second PEGT Tour victory of the year. The first came at the Florida Open back in February. With the win, he’s taken a commanding lead on PEGT Points heading into the final tournament of the year.

Power Events will head to Houston in December for the final stop on the PEGT Tour AND the Player of the Year tournament. We’ll have plenty of information on this jam-packed weekend soon.

Congratulations to Mark on an outstanding win, and thank you to everyone who made the trip to Richmond for a fabulous weekend. Also special thanks to Power Events for putting on another fantastic tourney and  Jefe Alums, who has done a fabulous job running the NIV.