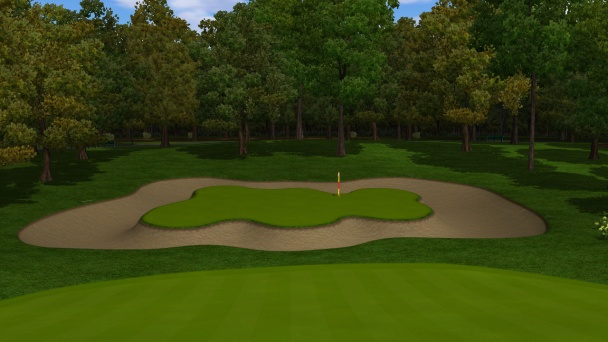 From Edgewater, Florida to Nordic Park, Illinois—practically in the backyard of the official Golden Tee headquarters—the 2014 GT course tour continues with Shady Acres.

You know that country club you always wanted to join but could never afford the down payment (or the ridiculous monthly fees)? Also, they require you to wear pants in the clubhouse restaurant, and that’s just blasphemy. Pants are terrible and should not be forced on anyone.

That same country club experience has been realized in 2014, only the fine folks at Shady Acres won’t judge you for ordering eight beers at the turn or wearing shorts. The second course to be examined from 2014 may have a traditional golf course look to it, but don’t let all the green fool you.

This baby has character, plenty of it, and here’s what you can look for when the game launches.

Lots and lots of (Well-Placed) Sand 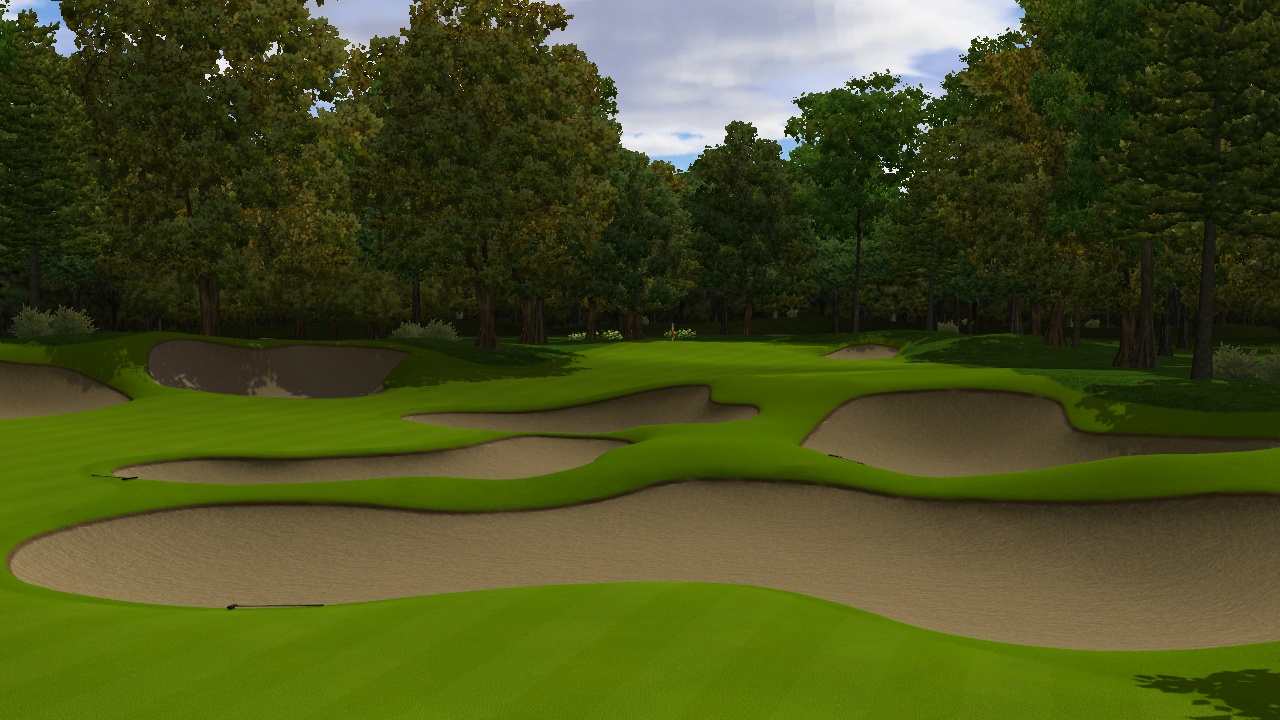 Saying you need to look out for the bunkers on a golf course is like telling you to order a steak at a steakhouse. It’s assumed.

Yet, Shady Acres’ bunker treatment is worth highlighting for a few reasons.

For one, there are a lot of them. Fairway, greenside, you name it; the course designers did a fabulous job of decking out this course with plenty of sand. It looks fabulous, too, except when you’re actually in it and can’t appreciate the beauty from a distance.

More so than the amount, however, is the placement, and again, kudos must go to course designer Jim Zielinski and the others working hard on the courses in 2014.

The fairway bunkers in particular—especially on the par-5s—are the ones to look out for. If your tee shot happens to find these, reaching the green in two will be out of the question. Even on the par-4s the bunkers can come into play off the tee, and the next shot will be much more challenging than it would have been if you found the short stuff.

Which Path Do You Take? You Have Options, Friend 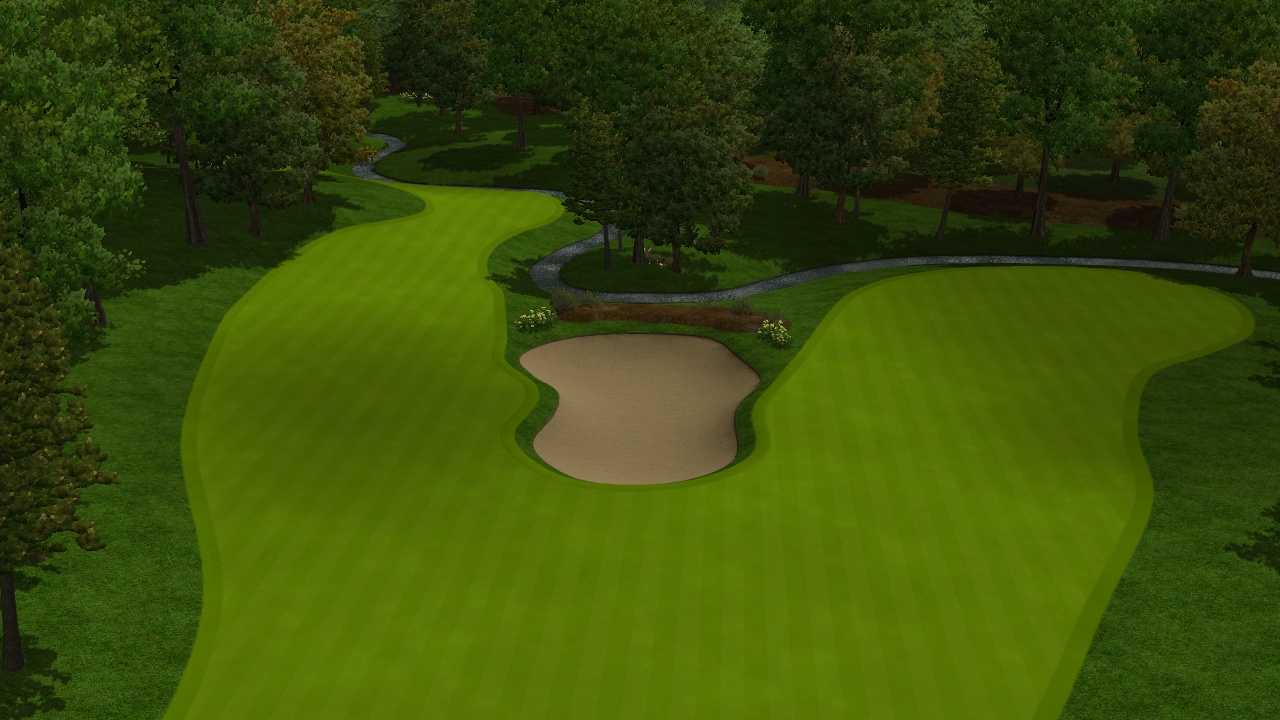 Wait! Stop! Sorry, I made you spill your drink, didn’t I? I’ll buy you another, it’s cool.

Take your time with your driver and think about your shot. This could be said about all shots in Golden Tee, although the fairways and hole designs on Shady Acres require thought.

As the picture above indicates, there are multiple ways to go with your tee shot, and your decision here will be important. Be sure to take note of the wind, pin placement and potential trouble ahead, and decide which shot you want to take after.

There isn’t necessarily a wrong answer, but there could be a right one.

Don’t just fall in love with one path, however. Shady Acres provides these outlets as a way to improve your second shot, and you should take full advantage. Figure out which shots suit your game, but be sure to check out the entire course. 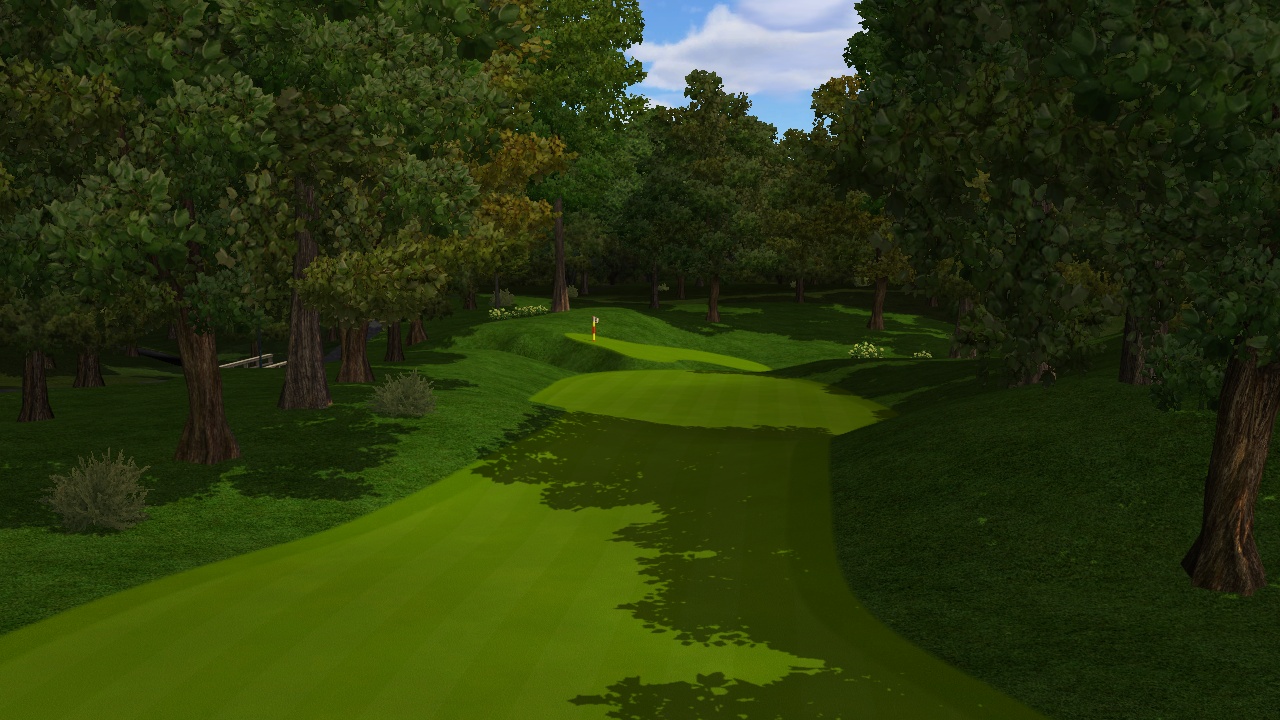 There’s nothing wildly unique about the 18th hole, but chances are this will be one of the tougher eagles to come by in the game. It’s also just a great all-around design.

Shady Acres closes with a drivable par-4, and a green that can be attacked by weaving your tee shot through a narrow path with trees on both sides. There’s a small river in the front of the green, and yeah, it’s in your best interest not to be short.

Trust me on this one.

The green itself is sloped hard to the right, which should make for fascinating putts and chips on a critical hole in the game. If you’re going to miss, miss long. It’s that simple. Going short is, well, we already discussed what this entails.

The shot into the green can be done, but it will require a precision shot—likely battling a tough wind—to do so.

What a great way to finish a magnificent GT journey.