NEWS
GT 2013: Hands on With Jackrabbit Junction
Cacti, Greens from the Past, and a Rugged Trip Down Desert Lane
http://twitter.com/share
Prev News | Next News

“Another desert course? I mean, what’s up with that, Golden Tee?”

This has likely been said by someone for the past few months as images and info trickled out regarding the new courses. Yes, Golden Tee bro complaining to your girlfriend who truly doesn’t give a damn, there’s indeed another desert course. There’s also, like, a billion Golden Tee courses (give or take a few), and we’ve gone just about everywhere up until this point.

With that being said, you’ve never played a desert course like Jackrabbit Junction – which also holds perhaps the finest GT course name of all-time.

Desert With an Edge 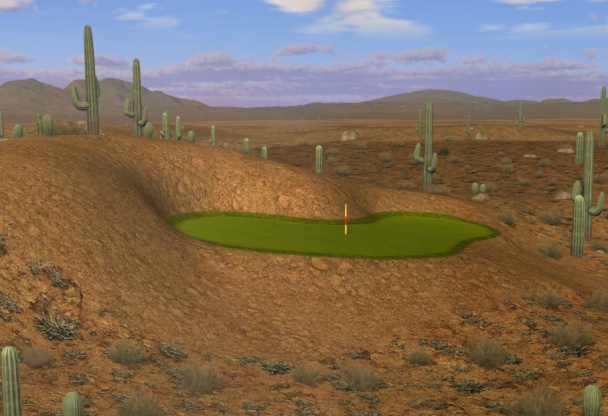 Canyon walls? Endless sand? The image that comes up when you type “desert” into Google? You won’t find that here. This is the kind of place you don’t want to find yourself in without water or a 5-star hotel nearby. It’s rugged, and the environment will undoubtedly impact how you play.

The ground is a firm, dead surface that will stop your ball from moving if you happen to land in it. This is something you’ll see off the tee and it will also greatly impact how you tackle par-5s. Landing in the short stuff first is important, and this is a lesson you’ll learn right out of the gate.

Rocks, shrubs, cacti (more on that in a second) can be found on just about every shot. You won’t find much water, although this course packs a punch in a unique way. Death by paper cuts if you’re off the mark.

So, well, try not to be off the mark. 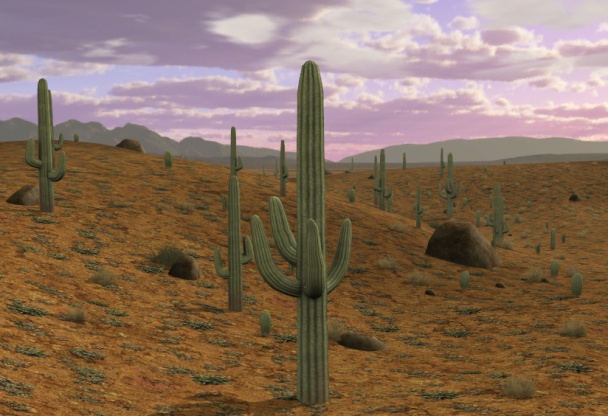 It doesn’t matter what you call ‘em; you’ll find plenty of them here. There are more cacti here than any course in the history of Golden Tee. And while they are everywhere, they are also in the most important spaces and places.

These large green obstacles will greet you on tee boxes, they’ll be directly in your line at certain points of the fairway, and they’ll surround drivable par-4s in a frustratingly perfect fashion. They vary in size, just like they would in good ol’ nature, but even the smallest cacti will pack a punch.

Just wait until you hit a little nub sticking out of the ground and watch your ball sail hundreds of feet backwards. Been there done that. 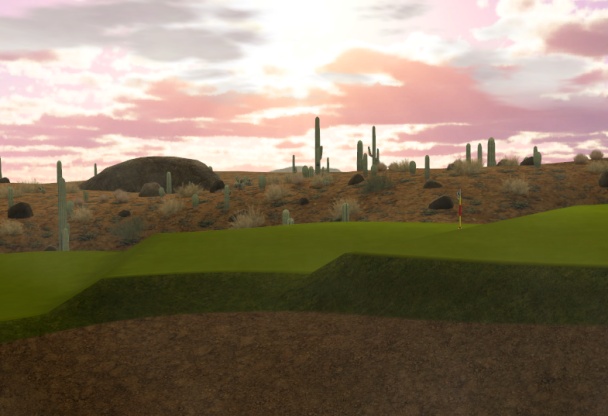 On the surface, hole 7 looks like a relatively straightforward par-3.

It isn’t long. You’ll have a middle iron into the green depending on the tee box and the wind. There isn’t much break, at least not the kind of break that forces you to shake over the trackball with your virtual putter in hand. There’s no water, so no worries if you’re slightly off the mark.

There is, however, a three-tier green, something we haven’t seen in quite a while. Those of you who played Golden Tee Fore! should recall these types of looks, although it’s been a long time since it surfaced in the game.

From someone that has been on the wrong side, particularly on the bottom of these greens, try not to end up there. You’ll be able to putt your way up, but it won’t be easy. There will be plenty of break and you’ll likely feel the wrath of a penalty stroke without ever being tallied one officially.

Brilliant design, and be sure to play it safe.

We've got one more course to go. Tune in as we complete the 2013 cycle.