NEWS
On the Mark
Mark Stenmark’s GT Domination Continues as He Goes Wire-to-Wire in the NIV 9
http://twitter.com/share
Prev News | Next News 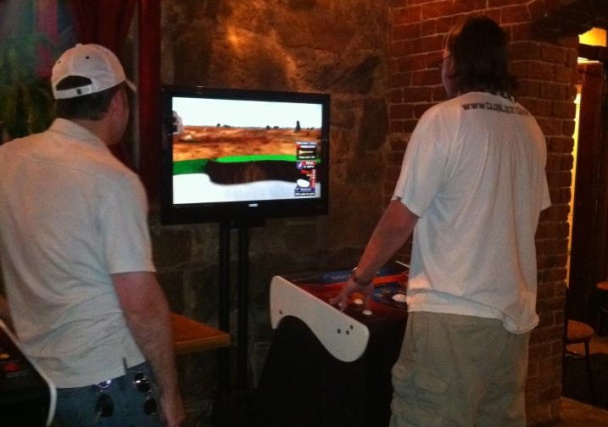 The Houston native has been regarded as one the premier players in GT for the past few years, but in 2011 he’s taken his game to another planet. In the first tournament to be played on Golden Tee 2012, we once again witnessed just how dominant he can be.

Fifty-three players made the trip to Baja Bean in Richmond for the NIV 9. The fifth of six Power Events stops is one many have been looking forward to for quite sometime, and it did not disappoint.

What made the NIV 9 even more interesting, however, was the timing. Golden Tee 2012 hit the streets only a few weeks ago meaning many players – including some of the best in the world that made the trip – were still trying to master the new courses. This made for very interesting scoring and much lower qualifying scores than we’re accustomed to seeing.

The five-course qualifier got underway on Saturday, and Mark Stenmark jumped out of the gate on fire. His score of –123 was tops overall and gave him the top seed heading into match play. Florida golfer Ryan McCook was second with a qualifying score of –122 followed by Chicago’s Graig Kinzler (-119), and Minnesota trackballers Chris Thorbrogger (-119) and Andy Fox (-117).

What a difference a year (of Golden Tee) makes. At the Missouri Open back in April, the 32nd overall score in the qualifier - aka the last person to make the cut for the main bracket - was –107. In Richmond, -84 was the cutline, which shows you the massive difference in scoring early on.

With the qualifier complete, match play then got underway and once again Mark Stenmark stole the show. In the five matches leading up to the championship, Stenmark shot only one round lower than a –23 and won each of his matches by at least two strokes. In the king of the hill match and a chance for a spot in the finals, he bested Graig Kinzler –25 to –23 on Dusty Bend.

As the rest of the bracket played out, Kinzler waited for his opponent and another opportunity to get back in the finals. After losing in his second match of the day, North Carolina’s Paul “Putz” Tayloe strung together an impressive streak of wins. He then took out Chris Thorbrogger in extra holes on Dusty Bend to secure a showdown with Kinzler. Putz capped off his magnificent run by beating Kinzler by two strokes on Grand Canyon. 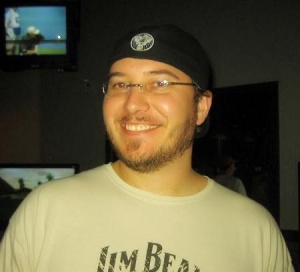 While Tayloe’s run was impressive, he would’ve had to take down Stenmark in back-to-back games to take the Richmond crown. And while their first game was the closest one Mark played in all day, Stenmark prevailed –25 to –24 to win the NIV 9.

2011 has been very to Mark and there’s still time for him to improve on a brilliant year. He won the Missouri Open that was alluded to earlier and is now the overall leader in PEGT Tour points heading into the final event. And that’s not all. Mark has also jumped to the top of the Golden Tee World Rankings showing he’s enjoying the new courses. Needless to say, there’s absolutely no one better than him right now.

It’s hard to believe, but we’re approaching the final Power Events Tour event of 2011. The next and final stop will be Dallas in the early part of December. We’ll have plenty more details on this tournament in the coming weeks so be sure to stay tuned.

Congratulations once again to Mark on the win and special thanks go out to tournament director Jefe Allums and Power Events for putting on a superb event.