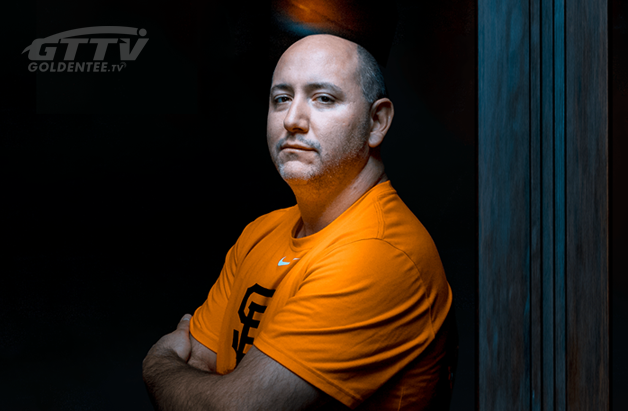 Ending up in the Silver Bracket, Loschiavo unfortunately lost his first, and only game to go 0-1, but still enjoyed the Las Vegas experience.

"After last year’s Money$hot craziness, I knew I wanted to make a real run at Worlds this year. I wanted to prove I could get there without getting lucky." Jason said.

This year, Loschiavo came up with a plan. He waited for his opportunity, knowing his best chance to qualify wouldn’t be the first few weeks of intense action on Events mode.

He gave it a try later on—attempting to qualify through a different format than the year prior. But he came up just short.

Admitting defeat, Loschiavo thought "it just wasn’t meant to be. I tried some more in the final weeks (of Events) but couldn’t get anything going."

He knew that his last chance, short of showing up in Vegas to play in the Closest-to-the-Pin contest, would be the single Money$hot opportunity that happened on Friday, May 10th. Outside of the fact that anybody who has ever played Money$hot knows just how difficult, stressful and costly it can be to take first place in one of those contests, Loschiavo was determined to make it happen.

The one difficultly that he was faced with was, he and his wife, Jackie, would be hours away from home in another part of Florida for the wedding of Steve Sobel, the director of Power Events Golden Tee Tour.

"Jackie and I took off for Steve’s wedding on Friday knowing that when we got close to our hotel, we would stop to play Money$hot to see if lightning could strike twice."

When Loschiavo qualified in M$ last May, he did so at a Buffalo Wild Wings.  So when they passed one on the way to Ft. Myers, he took it as a literal and proverbial sign.  Unfortunately, he didn't have much luck at getting a close shot there, so they continued on their journey.

After settling in at their hotel room, Jason pulled up the GT Caddy app and found "Buster's Sports Tavern."

"When we pulled up to Buster’s, the location seemed very familiar and when we went inside, I knew I had been there before.  It took me about an hour to realize I was in Ft. Myers a couple years earlier for a work conference.  I had played here before. Was it another sign?"

With Jason's focus on the Golden Tee cabinet, his wife turned to the friends of the local band playing and struck up some conversation.  They eventually came to understand the significance of what he was trying to accomplish and everyone in the bar was cheering him on.

After a few hours of hitting shot after shot and with only a few dollars left in his player wallet, he knew that he was nearing his last six-pack game of M$.  "I told myself, 'if I am going to spend the last $5 in my player wallet, I better make it count," he recalled.  "Two shots later, everything fell in to place!  I wish I could remember the shot but I must’ve been in a trance. The screen displayed a new closest shot. 1.385 inches! Did I just read that right?!?"

His hands in the air with excitement, Jackie ran over to figure out what happened.  Before he could even say it, the band stopped mid-song and shouted, “Are you going to Vegas!?!” right into the mic.  The new friends Jackie’s made were secretly watching and rooting for him the whole time and the entire bar erupted in excitement.

After minutes of reloading the GT website and the Caddy app, his name was at the top of the leaderboard and the Loschiavos knew they were now going to Las Vegas.  Up until and well after the results were finalized, plenty of cold adult beverages were consumed in celebration!

We are absolutely thrilled that Jason and Jackie are joining us next month in Las Vegas for the 2019 World Championship and we hope you join us too!  There are still qualifying spots left on the line and plenty of audience cash to be given away during the weekend of June 21-23!