NEWS
The Summer Swing
Our Next Golden Tee Home Edition Contest is Here! All the Details You Need!
http://twitter.com/share
Prev News | Next News 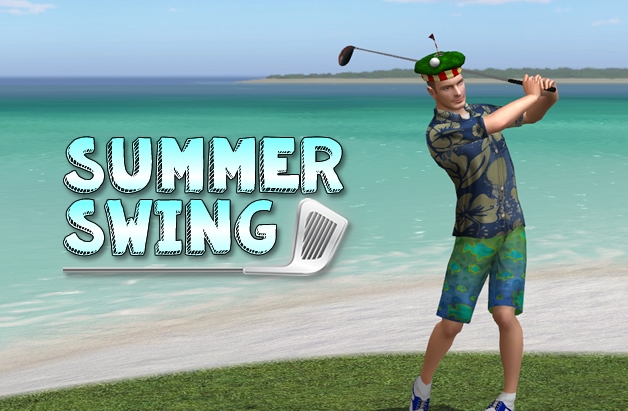 The stipulations are simple: you must own your game, play ONLINE—Stats or Contest Play. You must also use the same Golden Tee Card, cardless ID or Lost Card ID throughout.

The nature of the Summer Swing will be as such. Starting on June 1, we will have five separate weeks of qualifying on the Golden Tee 2017 courses, searching for unique criteria. We will qualify a total of 20 players during this time. We will then send out locked conditions cards to those 20 players who will play all five 2017 courses (a cycle) to determine our final contest placement.

The prizes for this contest are as follows:

Each week, we will qualify four players in five separate contests. Each of these contests will last seven days. They will begin at 12:01 a.m. and end at 11:59 p.m. central time.

We will use a different course, starting with Juniper Falls, each week of the event. The schedule for the tournament will include the following. (Please note: We will provide occasional leaderboard updates on all Golden Tee Home Edition cabinets.)

June 1-June 7—Juniper Falls ONLY—Birdies or Better: The four players with the most birdies or better (birdies, eagles, HIOs, etc) will qualify for our final contest. Total Great Shot Points will serve as a tiebreaker.

June 8-June 15—Pine Coast ONLY—Holes in One: The four players with the most holes-in-one during this time will qualify for our final contest. Total Great Shot Points will serve as a tiebreaker.

June 23-June 29—HEAT 4: Teal Garden ONLY—Double Eagles: The four players with the most double eagles will qualify for our final contest. Total Great Shot Points will serve as a tiebreaker.

June 30-July 7—Sandy Reef ONLY—MYSTERY CATEGORY: This one is a secret. We will push four players into our final event who meets one of our many FACTS accolades we will be using for our final qualifier. If you hit the right one, you’re in. Total Great Shot Points will serve as a tiebreaker.

Once all 20 players have qualified, they will be sent a locked conditions card that will allow them the opportunity to play each 2017 course ONE TIME only. No mulligans, no do-overs. You will play each course one time and your total combined score under par will be ranked against other players. This must be played on a Golden Tee Home Edition. The 2017 cycle must be completed by July 21.

As part of this contest, we will also raffle off two Golden Tee Home Edition t-shirts each week to anyone who plays the minimum 10 games during each qualifying event on their game. We will also raffle off one free update to a player who has played at least 10 games across all five weekly contests (50 games total).

In order for data to count, all games during qualifying must be completed. And again, you must play online with the SAME player account in order for you information to accumulate.