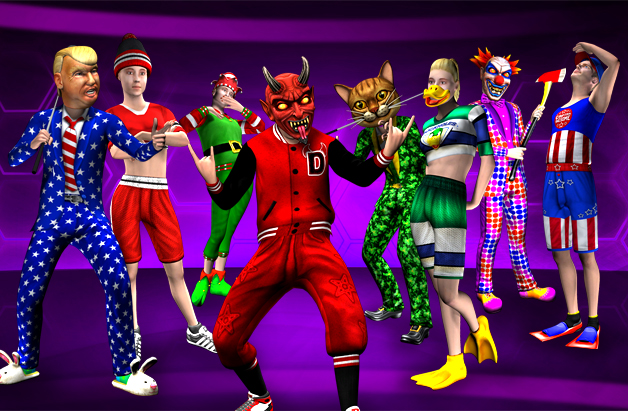 While there are many, many things to be excited about with the launch of a new Golden Tee—and we are beyond excited—a new closet of virtual clothing items cannot and should not be overlooked.

We’ve added nearly 300 new items this year! That’s the most we’ve ever added by a significant margin. Countless hours have been poured into this avenue of 2017; not to mention the overall look of the golfer has been rebuilt and improved.

The shoe collection has been completely overhauled. Suit jackets and jerseys have been added to the mix, along with many other new shirt options. An entire new arsenal of pants was crafted. And from a headwear standpoint, beyond the ability to play with a vape pen or as an emoji, it’s hard to know where exactly to begin.

There is A TON of new items. Some can be unlocked while playing 2017 for games started, birdies, eagles and holes-in-one. Others are exclusive to the GT Caddy.

Speaking of, if you want a full look at the entire 2017 wardrobe, you can see it now on your Apple or Android device. The GT Caddy has it all. It also allows you to dress your golfer at any time—on the train, at the cubicle or at the bar.

If you have not downloaded or updated your app, now is the time. A new world of virtual clothing is at your fingertips.