NEWS
We Want YOU to Join the Beta
Want to Test Out the New Version of the GT Caddy Prior to Golden Tee 2017? You can
http://twitter.com/share
Prev News | Next News 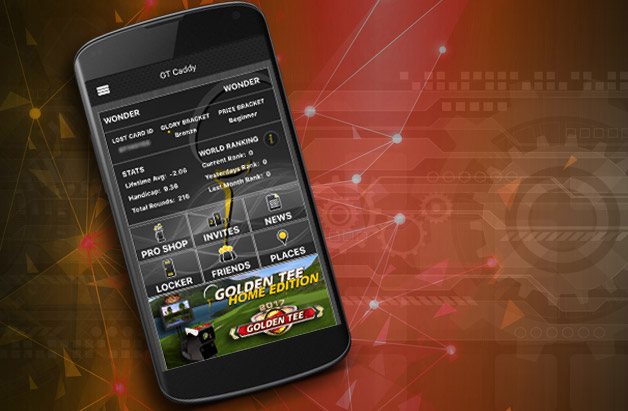 Oh, we’ve been busy this year. With so many exciting new additions set to debut in Golden Tee 2017, which launches at the end of September, the final preparations are being made.

As part of these preparations, the GT Caddy—Golden Tee’s player-centric app, available for your Apple and Android devices—is in beta.

What does this mean exactly? Essentially, all of the new additions are live right now: Invitationals, Friends, Build-a-Ball, Custom Putters, new clothing and more. We have a handful of 2017 games out on test in the Chicagoland area, and players have been using the app to check out the new features and the way the game brings it together.

But now we’re opening it up even further. We want you to test out the new version of the Caddy, whether you’re near a game or not.

Although those of you outside Illinois will not be able to compete in actual contests, and some of the things you purchase won’t show up until you get your hands on Golden Tee 2017, you can still explore the app before it officially launches.

More importantly, you can begin adding Friends so when 2017 does officially launch, you will be ready to compete in these private, personal contests with your buddies.

Want in? Email gtcaddy@itsgames.com. In this email, please include whether you have an Apple or Android device. Android users, also be sure to include your gmail account attached to your device in the email.