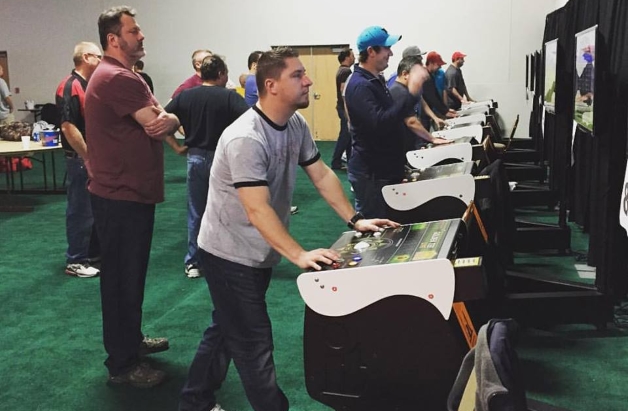 With an $8,000 top prize and a spot in the Golden Tee World Championship on the line, some of game’s biggest stars flocked to the KCI-Expo Center in Kansas City, Missouri this past weekend for the TOC 7.

Club Lucky’s monster annual event was held yet again this past weekend. The winner didn’t just add one of the biggest tournament titles of the year to the trophy case; he also received a Golden Ticket to next March’s monster trackball showdown in Las Vegas.

With 24 players in the Main (Gold) Bracket and 16 others in the Purple Bracket, play was competitive. Competing on the new 2016 courses—creations still becoming familiar for elite players—the room competed for the title in double-elimination match play after completing the qualifier.

Having won the last Golden Tee tournament he competed in—Power Events stop in Richmond less than a month back—Houston’s Mark Stenmark entered the TOC as the deserving favorite.

Still, being the favorite in an event this deep is never easy. Often times one shot derails it all. But that was not the case here.

Having seemingly taken to the new creations, Stenmark picked up right where he left off. Not only did Stenmark win Club Lucky’s major event—he did so without a loss. The game’s No. 1 player took down transported Texan Ed Godfrey, who made it to the finals after a loss in the first round. 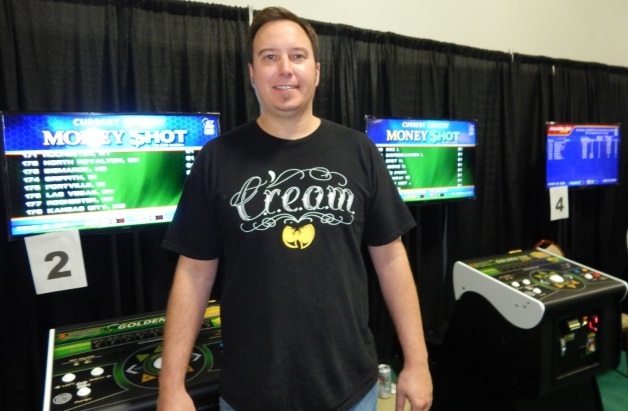 Although Godfrey came up short, this is no small feat. For his tremendous run, he took home $6,000. Paul Luna came in third and pocketed $4,500.

Stenmark, however, was (again) the star. His $8,000 win and latest tournament title is a story in itself, although it doesn’t stop there. With qualifying for the 2016 World Championship set to begin on November 2, Stenmark already has a spot reserved.

The favorite to win every tournament he enters will likely be the favorite next March in Las Vegas once again. Surprise, surprise.

Congratulations to everyone who competed in the TOC, and special thanks to Club Lucky for hosting another fabulous event.