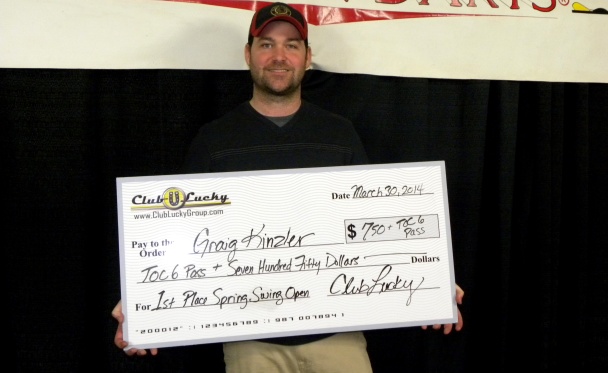 The long thaw has begun, and the change of seasons is here. In the world of Golden Tee, the bridge to warm weather was evident at Club Lucky’s Spring Swing Open.

A taste of bigger things to come but grand in its own right, the Spring Swing offered GT players a chance to win their spot in Club Lucky’s enormous Tournament of Champions that will take place later this year. Not only could they win this elusive ticket, but there were big prizes on the line as well.

A total of 27 golfers competed at the KCI-Expo Center in Kansas City, Missouri, paying the $200 entry fee that included a one-night stay in a hotel. The tournament was one bracket and featured a robust $5,000 prize pool. With big prizes up for grabs, some of the game’s best flocked to KC.

When the dust had finally settled and the last shot had been made, it was Chicago’s Graig Kinzler (above) coming away victorious with another tournament title. For his efforts, Kinzler took home a TOC 6 pass and a cool $750.

Houston up-and-comer Paul Luna finished second, also acquiring a TOC pass and $500, while Ohio native Andy Haas rounded out the podium, taking home third. In doing so, he came away with $400 and a spot in the Tournament of Champions.

The entire top 12 was as follows: 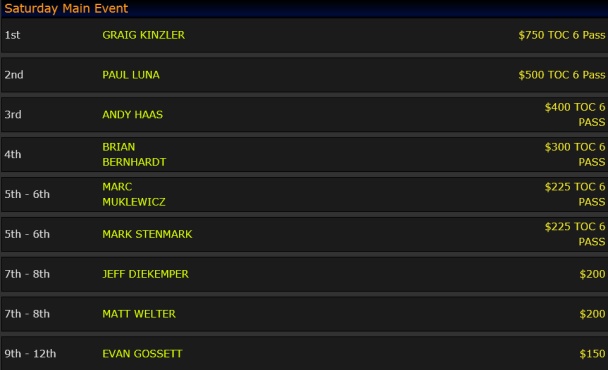 Thanks to Club Lucky for putting on another tremendous show and all the players that participated. Congratulations also go out to Graig Kinzler on adding another title for the trophy case.

As for the Tournament of Champions 6, it’ll be here before you know it. The KCI-Expo Center will play host once again on October 17-19, and the stakes will be even higher. For more information on this and some of the other exciting Club Lucky promotions, visit www.clubluckygroup.com.