NEWS
What a Weekend
Club Lucky's Tournament of Champions Takes Center Stage With Everything on the Line
http://twitter.com/share
Prev News | Next News 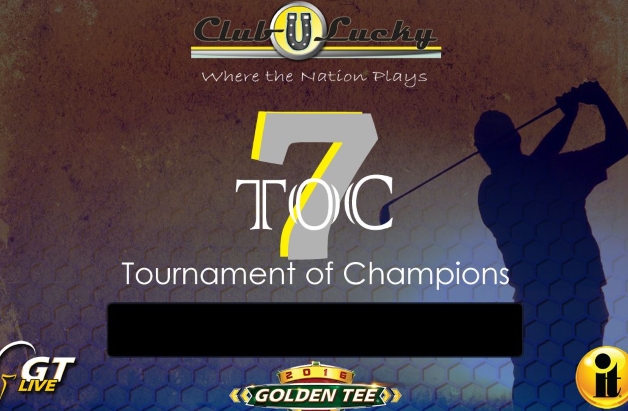 By Monday, the first participant in the Golden Tee 2016 World Championship will be known. That’s what is at stake this weekend in Club Lucky’s Tournament of Champions event. Well, that plus a lot of cash—$49,000 overall—and an enormous tournament title.

An elite field will tee it up at the KCI-Expo Center in Kansas City, Missouri for a shot at it all. Club Lucky’s monster weekend—now a staple of the Golden Tee calendar, deciding a champion for the seventh time—is as big as it has ever been.

With some of the game’s biggest and best players teeing it up on courses that are still being mastered, a title will be won. And yes, this event will officially kickoff the World Championship festivities as well.

On top of the enormous sum of cash up for grabs, the TOC champion will be handed a Golden Tee Golden Ticket—access to next March’s Golden Tee World Championship in Las Vegas where there will be more cash at stake.

I could go on and on about the opportunity the golfers in Kansas City have in front of them, but they are plenty aware.

We will have the event covered next week, and we plan to speak with the champion for some thoughts on exactly what it means. Good luck to everyone playing in the TOC.