NEWS
Little Changes Make a Big Difference
The In-Game Layout Has Changed For the Better in Golden Tee 2014
http://twitter.com/share
Prev News | Next News

Have you ever run out of high-performance virtual golf balls during the middle of a game? Of course you have, we all have.

Well, in Golden Tee 2014 this should no longer be a problem. (Unless you lose about a dozen balls quickly, and hey, we’ve all been there).

But before the start of each game, the small virtual ball icon at the main in-game screen will blink if you have five golf balls or less. That will be your cue to buy more balls, so you should never run out when you need those most.

It's a subtle change, but it should go a long way. And this is just the beginning.

The screen you see most—the one you know in and out—has changed. At least it will in Golden Tee 2014. Behold the new main in-game screen. Notice anything different? You should. 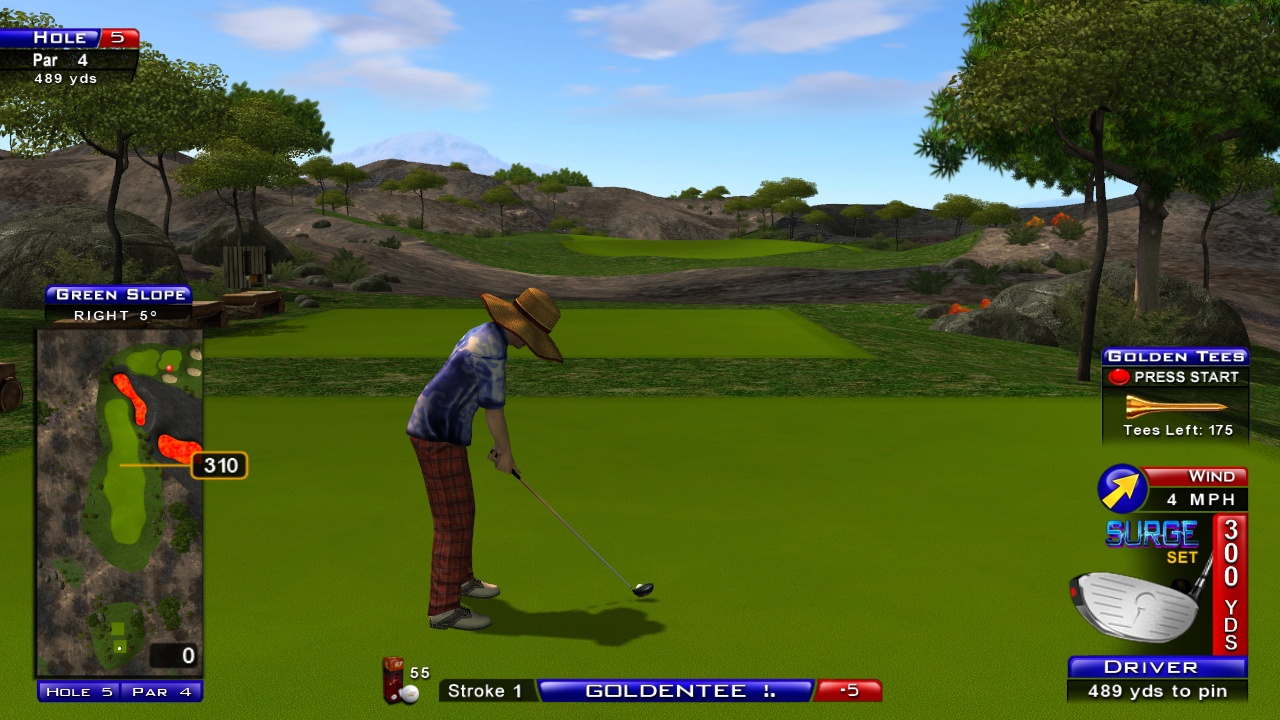 There’s nothing dramatic about these changes in 2014, although the difference will be noticeable the moment you see your golfer decked out in ridiculous gear.

The clubs and tees on the bottom right have gotten smaller, while the text on the shot indicator has also been reduced in size some. The score portion of the screen—which you will undoubtedly notice first—has also been drastically rearranged and given a cleaner overall look.

In general, more of the main, behind-the golfer screen is now being dedicated to what matters most.

These changes have all been made to give you more. More of the course, more of the hole you're on, and more of what you’re going to do with the shot ahead.

Will it improve your chipping? Actually, maybe. And even if your short game stays stagnant, it’s going to look a LOT better staying as is.