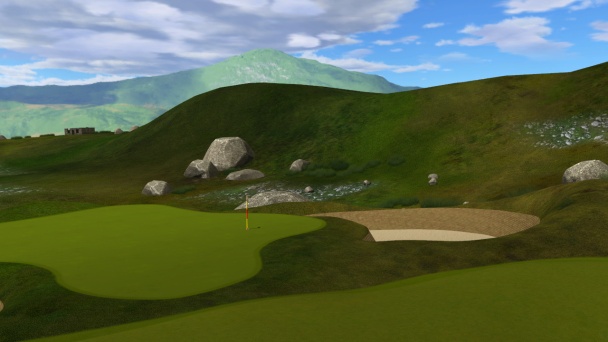 Links-style golf has returned to Golden Tee 2014, and we welcome it with open arms.

The Scotland-situated Highland Links is the fourth new course to get the extended preview treatment, which means a) we’re running out of courses to review and b) Golden Tee 2014 is right around the corner.

Before we get there, however, we have much to discuss. Outside of dealing with perhaps the best looking backdrop in the game, there’s an openness about this course that is inviting. The problem, however, is that while the courses is open, you need to be careful where you stray.

And we begin right there with a familiar links-style trademark that returns in style. 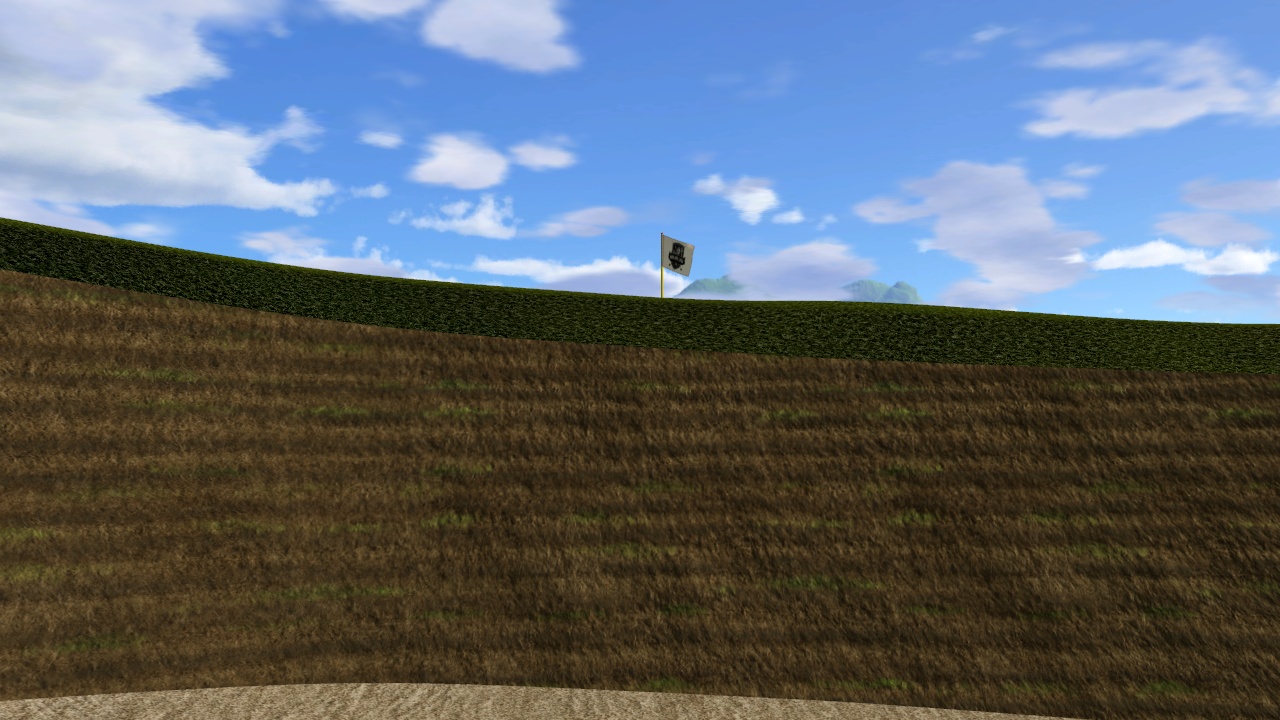 You see the image above? Of course you do, because here you are.

That’s the view you would see from the deepest depths of a pot bunker on Highland Links. Yes, that’s flag in the distance, although you can’t see much of the pin because you’re, of course, in a pot bunker.

These links-style sand pits return with a vengeance here, and Golden Tee fans of past installments will immediately recognize the obstacle. First and foremost, come equipped with an L-wedge, and this cannot be stressed enough. That lofted club around the greens is crucial, and in some cases it still won’t be enough.

These bunkers have been placed in just the right spots—in front of greens, tucked along tight fairways on drivable par-5s, etc. And if you happen to get caught against the wall of one of these babies, don’t be a hero. Chip out and take your medicine.

It’s going to happen, so just come to terms with it before you pull the ol’ Tin Cup and waste four strokes simply being stubborn. Oh, you’ve been there, and so have I.

Of course, pot bunkers aren’t the only links-style trait that is found in Scotland.

The entire scene has that links feel, and it’s not just those giant sand pits. Oh, it all looks so magnificent, and that’s the tough part. You want to get up close and personal with what this course has to offer, but I have to advise against that if possible.

The rough on Highland can be punishing. You’ll be able to move your ball forward just fine, but it will certainly impact the way your ball travels. If you can stay in the short stuff, do so, because hitting off of any other surface here will impact your accuracy.

Outside of the rough, there is fescue. You know, the long, tall grass that you totally remove your ball from when you’re playing real golf and your buddies aren’t looking. Well, in Golden Tee, the “foot-wedge” isn’t a feature… YET.

The fescue and the rocks situated around both fairways and greens create an interesting scenario. You may not always run into these mystery items, but when you do, you’re going to know it. 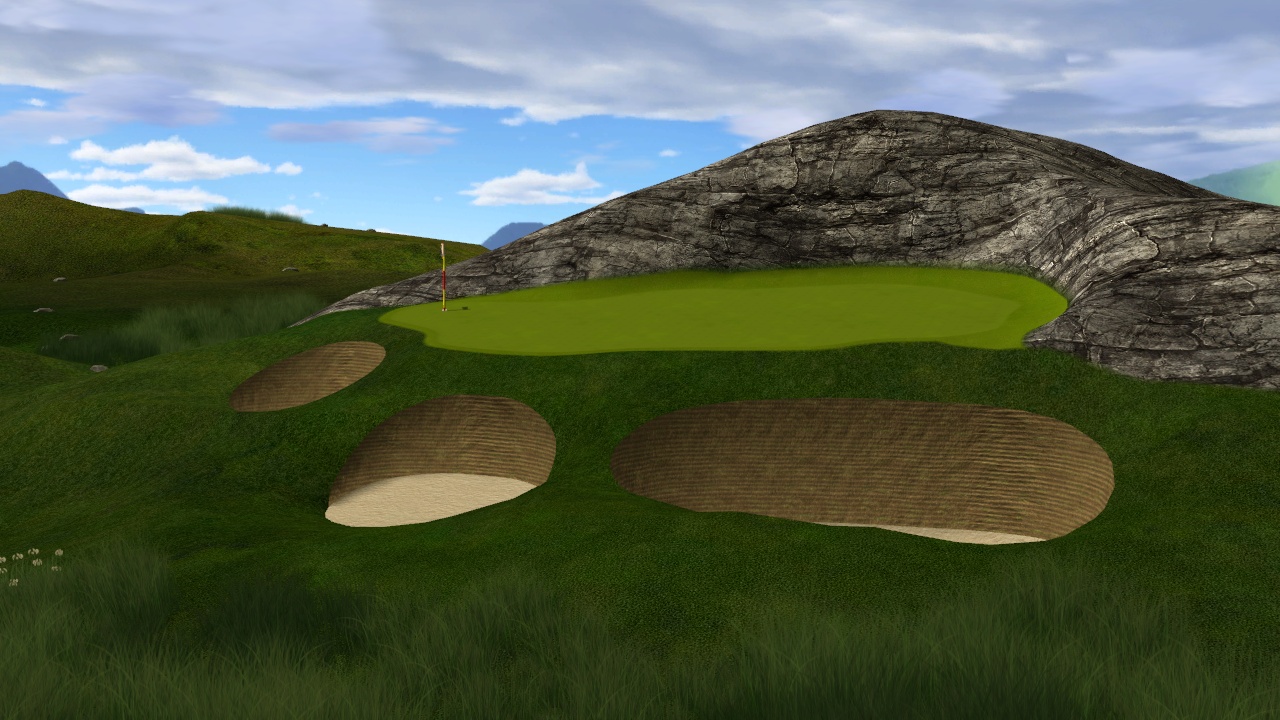 We’ve talked at length about drivable par-4s and closing holes that you’ll come across in 2014, although we’ve yet to hit on that late par-3—the one that usually serves as one of the final scorecard obstacles.

Here’s what’s interesting about Hole 16, however. There’s no hazard, no cliff to fall off and no real round-ruining trouble in sight. Yet, despite the simple nature of this short hole, it’s going to serve as a fascinating challenge round to round.

The green is sloped hard down, which means distance (and spin) control will be critical. Adding to the importance of distance control is the enormous rock serving as a backstop. Hit this on a fly and what happens next will likely be a mystery (and not a favorable one). Landing short also comes with some risk, as pot bunkers surround the front of the green.

It doesn’t setup as a “blowup hole,” but a difficult wind could make this a fascinating birdie to go after. And jeez, how nice does this thing look?

I can’t wait for this game.