NEWS
From Design to Desktop: Part One
The Ancient Ruins has a GT Pulse! See How Our 2013 DAH Winner is Coming Along
http://twitter.com/share
Prev News | Next News 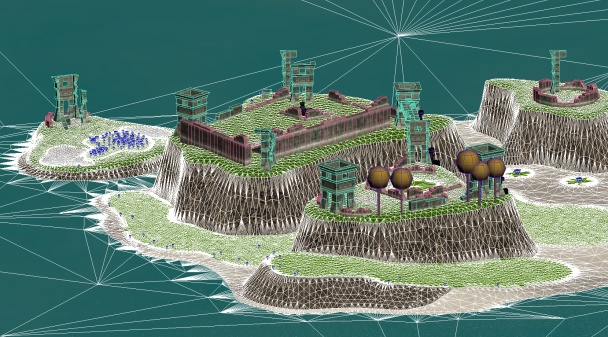 It seems like a relatively simple process. Just take the piece of paper or file, throw it in the GOLDEN TEE HOLE TRANSLATOR 4000 and presto, out comes a perfectly good virtual golf hole on the other end. The only problem with this theory, however, is that the GOLDEN TEE HOLE TRANSLATOR 4000 isn’t real just yet, which means course designer Jim Zielinski is the right (and only) man for the job.

The Design-a-Hole contest always presents an interesting array of tasks for the GT course savant, and 2013 was no different. Actually, it was somewhat different thanks to the outstanding work by our winner Jason Thomason.

Jason’s design, The Ancient Ruins, was selected by our judges as this year’s winner. Although Zielinski typically has had to keep his GT scalpel in hand, this year that wasn’t exactly the case.

“Jason’s distances were very accurate, more so than any Design-a-Hole winner we’ve had,” said Zielinski. “His design as was drawn up will be very similar to what makes it in the game. We obviously had to make slight changes here and there, but we wanted to keep his concept intact because of its originality and he made it very easy to do so.”

The par-5 is now nearly complete, although there are still plenty of trees and other shrubbery that still needs to be added in the coming days and weeks. As for expectations on how the hole will play in 2013, Jim Zielinski offered up his thoughts following a few test drives.

“There are a handful of ways to tackle this design, and each will come with their own bit of risks," Zielinski commented. “Going through the canyon-type path will require a precision shot, and hitting either wall with an over or under-cut will take off a lot of distance and make the second shot challenging. Going up top to the landing area is no gimmie, either, although the option will be there if the setup is right.”

As for reaching the green in one, well, that possibility will be there, although it likely won’t be there every time and it won’t be easy.

“On certain opportunities and setups the green can reached, but not with the frequency that we’ve seen on past reachable par-5s,” Zielinski said. “With the right tee box it can be done, but I believe serious thought will have to go into if and when to try this shot.”

Which course will Jason’s design call home? Well, you’ll find out soon enough as we dive deeper into the new creations. At this moment, however, it’s listed as the 11th hole at its current destination. This is something that could change in the future, but as of now that appears to be where it’ll land. 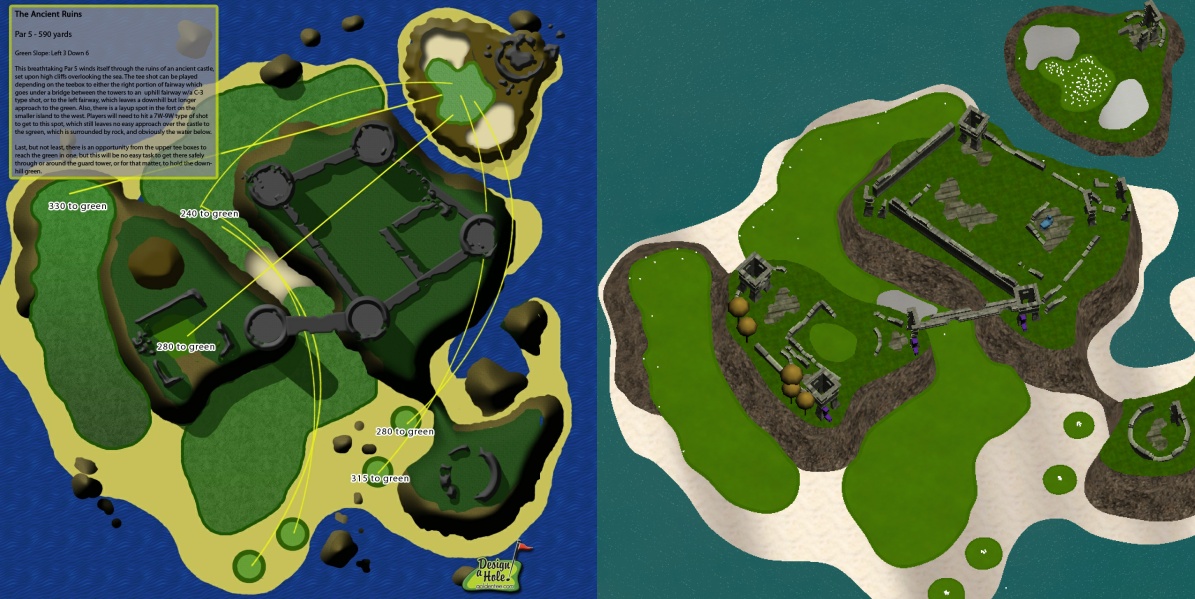