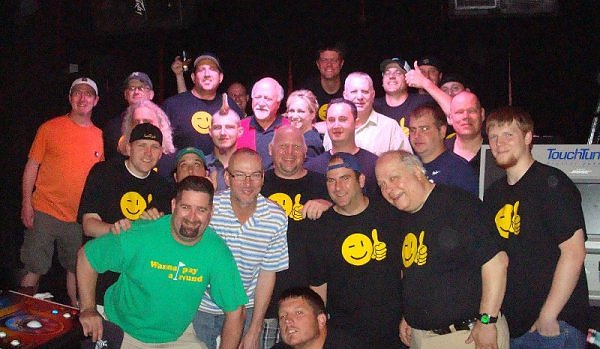 After a long weekend of Golden Tee, the finals of a live event rarely live up to the hype, regardless of the matchup. Typically, the best matches have been played and the hardware is handed out without much noise.

There are exceptions, of course, and we’ve seen major tournaments decided in the final holes and shots. Comebacks, nail-bitters and close matches aren’t a frequent occurrence, but they certainly do occur.

What we saw at the 2012 Windy City Open, however, was unlike anything the game has seen in quite a while. 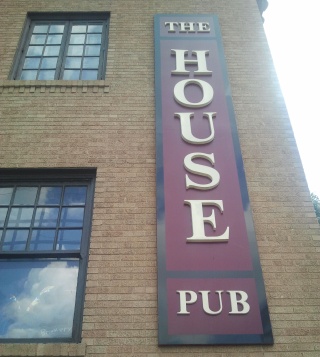 Fifty-six players teed it up at The House Pub in St. Charles for Power Events’ third Golden Tee tournament of 2012. To determine seeding for the main bracket, all participants played a game on each 2012 course before match play began.

The top overall qualifier was Houston’s Mark Stenmark who fired off a solid five-course score of -128. Illinois golfer Jeff Lannen was second overall with a -125 followed by Minnesota’s Erik Strowbridge (-120) and Illinois golfers Graig Kinzler (-120) and Brian Bernhardt (-113).

With the bracket set, double-elimination match play began and the top overall qualifier played as such. Stenmark fired off back-to-back -28s, one against Graig Kinzler, and eventually played his way into the king-of-the-hill game.

On the other side of the bracket, Missouri native Evan Gossett got hot and stayed hot. He took out fellow Missouri golfer Matt VanHoosier and Springfield’s Brendan Harris to secure the other king-of the hill opening. This setup the first Stenmark versus Gossett match of the day (TEASE ALERT), and the winner would secure a spot in the finals.

Playing on Grand Canyon, Gossett jumped out early with a hole out on the 5th. He made the turn up two, although Stenmark responded with a double eagle on the 12th, cutting the lead to one. On 16, however, Stenmark went OB which gave Gossett a four-stroke lead. From there he cruised on the last few holes to earn a win and a place in the championship game.

Although Stenmark was beaten, his day was hardly done. He waited for an opponent as the other side of the bracket played out.

Jeff Lannen and Brendan Harris were in a tight game on Tundra Peak, but Harris saw his tee shot on 17 go OB, which secured the win for Lannen. With the victory, Lannen and Stenmark would duke it out with a spot in the finals up for grabs.

Playing on Auburn Glen, Lannen went up a stroke on 4 and the score remained that way (thanks to a brilliant chip on 16 by Jeff) until the 18th hole. Here, however, Lannen’s tee shot just barely rolled into the hazard while Stenmark stuck it next to the hole. Jeff missed his chip at which would have tied up the match, and Stenmark prevailed.

Given new life, Stenmark would play Gossett once again in the championship. To take home the title, however, Mark would have to beat Evan twice in a row.

The first game was truly remarkable, and Stenmark’s performance (which we will have film of shortly) is one that made the entire room watch in disbelief.

Playing on Royal Cove, Stenmark hit an ace on 3 to go up an early stroke and eventually made the turn up two strokes. He did not let up, and the two got to the par-4 11th when this happened.

This made him -18 through 11 holes, which is absurd, especially given the magnitude of the game. With his lead cemented, Stenmark had his eye on -30. He worked his way until the 16th green where he stuck the drivable par-5. He made his putt for double eagle and went into 18 needing an eagle to hit the magic number.

It was an easier look, and Stenmark indeed landed his ball on the green, not far from the hole. He tapped in for his incredible -30 during the first game of the finals. It was remarkable (and again, there will be video) but despite the moment, Stenmark did not take home the title with that score. He still had to beat Evan once more.

The two were playing on Grand Canyon for the second game which would decide a Windy City Open champion, and it was clear that Evan was not fazed by his opponent’s previous performance.

Stenmark’s ball on the 4th went OB which gave Gossett an early one-stroke lead. Mark then pared the 8th and Evan made the turn up three strokes. He withstood Stenmark’s best punch from the first game and did not look back.

Gossett picked up yet another stroke on the 14th hole and cruised to victory. These were fascinating back-to-back games to say the least, but Evan Gossett bested the field and took home the 2012 Windy City Open title!

Congrats to Evan on the win, and what a way to close out a superb tournament put on by Power Events. Thanks to everyone who made the trip and to those of you that tuned in for the live feed which has proven to be one heck of an addition.

The next PEGT Tour stop will be in Denver on August 9th through the 12th. We’ll have much more on this event as it nears and fascinating GT footage to come.