The game has already hit the streets and many of you have likely already taken a spin. And while you’re certainly taking advantage of all the new features PowerPutt LIVE has to offer, the biggest feature on the new mini-golfer will debut on Monday, April 23rd.

The Daily Contests are set to form a new batch of competition for the game, and being the best at your local bar will no longer be the only option available.

Each day one PowerPutt contest will be played on one of the six PowerPutt LIVE courses, which will be randomly selected. Contests will open at 5 a.m. central time and close 5 a.m. central the following day. Players are allowed to participate as many times that they’d like during this 24-hour stretch, and their best score will be the one that counts in that particular contest.

The Daily Contest Leaderboard, which will be featured on PowerPuttGolf.com, will update at least once an hour with the latest scores and results.

The prize pool for the daily tournaments will begin at $200 with a starting top prize of $50. As more games are played, the prize pool (and payouts) will increase. The top fifty finishers in the Daily Contest will walk away winners, and will take home the following percentage of the total prize pool. 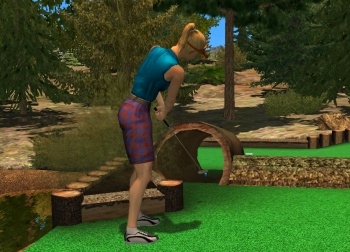 Playing in a Daily Contest is simple. Find a PowerPutt LIVE game near you, select “Daily Contest” after picking the amount of players that will be participating, swipe in using a credit card or IT Player Card and you’re all set.

We’ll have much more on the Daily Contests once they get going. For now, however, practice your putting and get ready for a new era of PowerPutt.