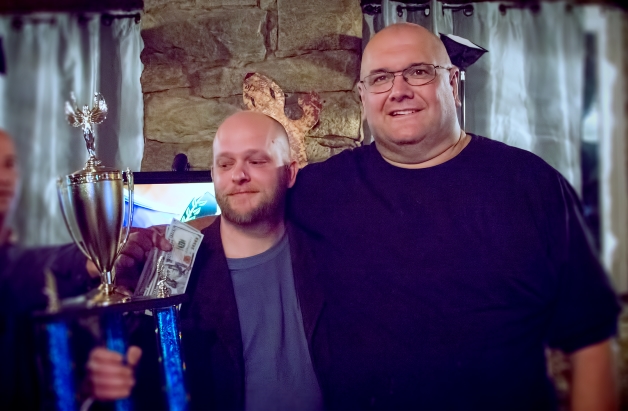 Oh, what a weekend it was.

More than 60 players competed in the latest Golden Tee tournament—the first on the 2017 courses. Even though the designs were still fresh, one wouldn’t know it by some of the scores posted.

Ultimately, after the qualifier was complete and double-elimination match play kicked into high gear, two players were left standing for the title: Paul Tayloe and Evan Gossett.

These two just so happened to be the top qualifiers as well. They also played earlier in the tournament—playing in a match that will be talked about for some time—before touching gloves in the finals.

Who was the winner? Check out the fantastic video coverage, courtesy of Golden Tee TV, to find out.

Thanks to Power Events, Jefe Alums, Baja Bean and everyone else who attended a fantastic event. We’ll have much more on the next Power Events’ tournament soon. Stay tuned to Goldentee.com for more.