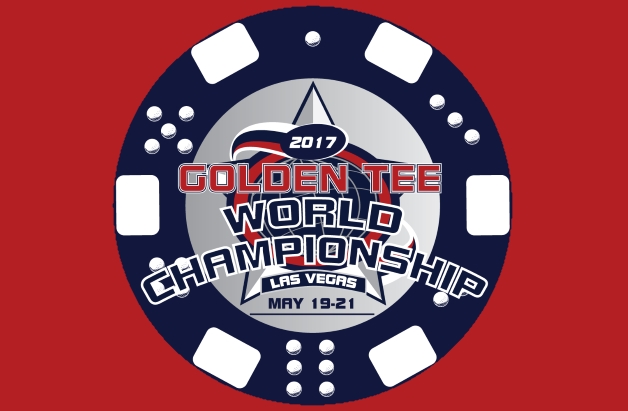 Oh, we’ve talked extensively about Golden Tee 2017’s most exciting additions: Invitationals, Build a Ball, Custom Putters and so much more, but we have yet to talk about the return of the year’s most celebrated event.

The Golden Tee World Championship is back in 2017. It will take place in Las Vegas—at a location we will announce in the coming days—on May 19 through May 21. You'll be able to qualify on a 2017 cabinet. Boom.

While all of the details will soon be revealed, here’s what we can tell you regarding the qualifying.

First, the total field will be doubled compared to what we ran earlier this year. Instead of looking for 32 players, 64 qualifiers will compete for the championship at the live event. That’s big.

Second, there will be multiple ways to qualify. Not one. Not two. Not three. We have a handful of events coming up that will allow you to punch your ticket for the next major event. Canada, this includes you. Non-prize play states, you're in as well.

Once again, this will all be revealed very, very soon.

The full details will be revealed shortly. For now, save the dates. The Golden Tee World Championship is coming back, and you’ll be able to qualify on a Golden Tee 2017 cabinet in the months to follow.