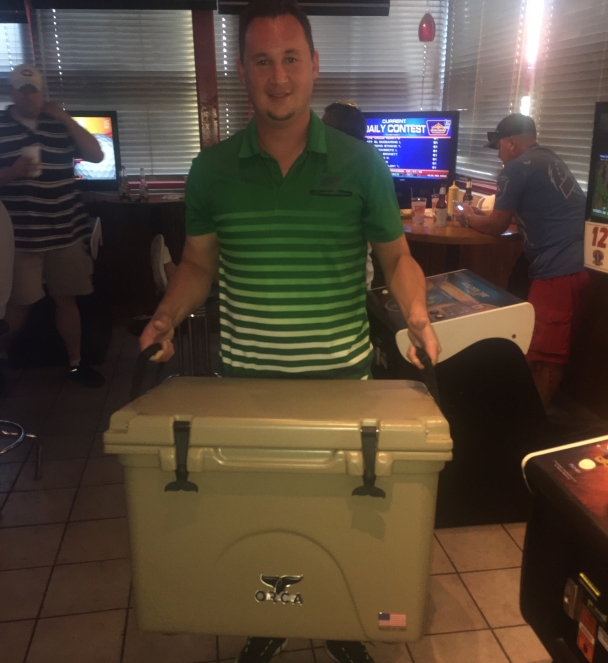 The event began with a qualifier on Saturday before turning to match play on Sunday. When the dust had cleared and almost carnage was accounted for, Missouri golfers Evan Gossett (seen above, holding his fabulous trophy cooler) and Paul Luna faced off in the finals.

Gossett, having not lost all day, would have to be beaten twice. The two, who know each other incredibly well, had already played a game earlier in the day. It was Gossett getting the best of his buddy then, although Luna’s work on the other side of the bracket set up a rematch.

Gossett ultimately prevailed in a brilliantly played match, winning the latest PEGT Tour stop. But instead of stopping it right there, let’s let you enjoy the action for yourself.

Thanks to the hard work of player/streaming pioneer/Golden Tee tournament legend Richard King, you can actually watch the championship match for yourself. Look for much more from Mr. King in the future and plenty more tournament streaming to come.

Congratulations to Evan on the victory. Also, thank you to Gatsby’s and Power Events for delivering another sensational weekend!