NEWS
Celebrating Those That Missed: Part 2
See The Submission That Had More Heart Than Any Other
http://twitter.com/share
Prev News | Next News 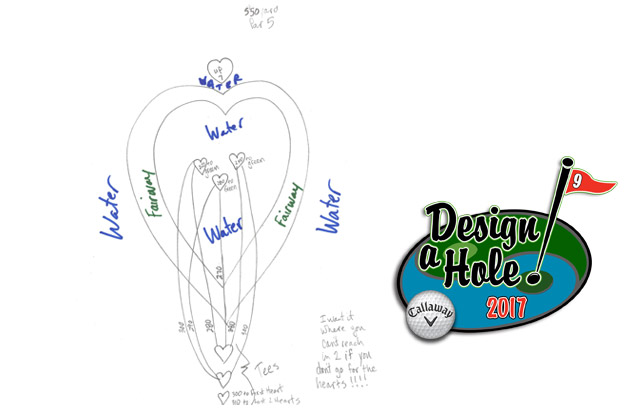 This year’s Design-a-Hole Contest has entered the next phase, which is without a doubt the most important part. Dan Croutch’s creation, The Knee, is currently undergoing its transformation into Golden Tee 2017.

The submission portion came and went. The finalists were explored, dissected and reexamined. And while we could stop there, we would be missing out on a handful of notable submissions from the contest that was.

That’s what this week-long series is for. Over the next five days, we’re going to be highlighting some of our favorite submissions that did not make the top 10 this year: from the wild, to the extreme, to the hilarious, to the designs that were crafted from the heart, we want to celebrate the exceptional efforts that fell short of being a finalist but still made an impression nonetheless.

After exploring a design that made the judges laugh on Monday, we’re highlighting a submission that generated a completely different wave of emotions.

Nick Tatute submitted to us a par-5 that was near and dear to his heart, and we mean that both literally and figuratively. The design, in nearly every way possible, included hearts—as tee boxes, as greens and even the fairway. 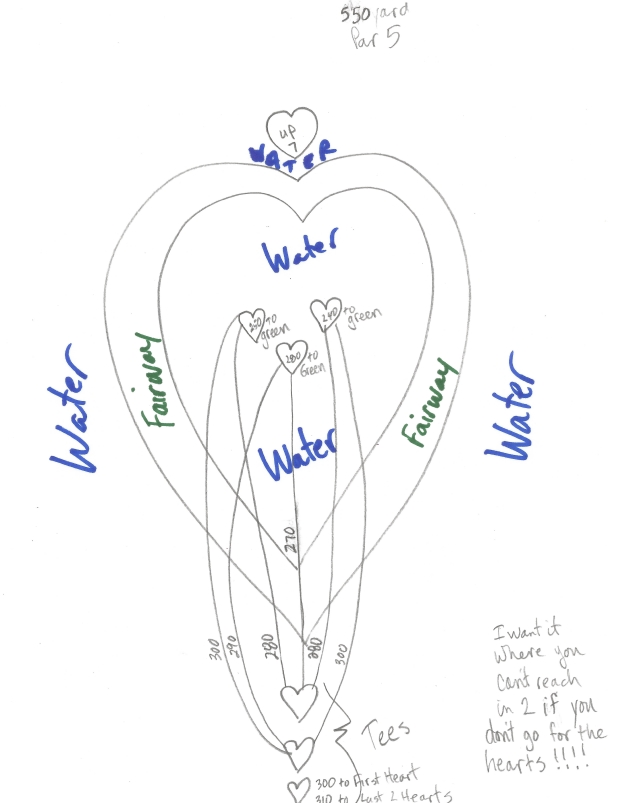 The reason for such inspiration was explained in the email:

The story behind my hole:  At age 9 months my daughter was diagnosed with a congenital heart disease.  Being our one and only child this scared the crap out of us.  The doctor wanted to have surgery the next day but she ended up spiking a temp so we couldn't have surgery for another month.  She had surgery and the doctors were great and she is fine now. She has to go to the heart doctor once a year for the rest of her life.  She is now just over 2. We continue to support the hospital.  I know a story is not necessary for this but I figured I would tell it with all the hearts.

While this design did not make the final 10, the backstory on the design made an impression on the group. In terms of emotion poured into a concept, this is unmatched. From all of us at Incredible Technologies, we want to thank Nick for sharing, for his submission, and wish his daughter nothing but good healthy and easy checkups for the rest of her life.