NEWS
The 2016 Era Starts With a Bang
Recapping The PEGT Tour's 2016 Debut in Richmond for the NIV
http://twitter.com/share
Prev News | Next News 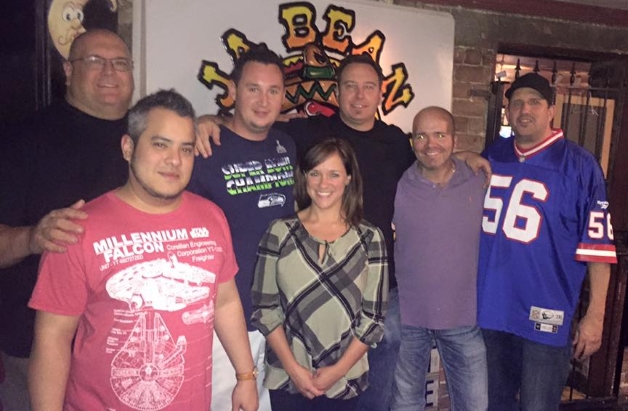 The cooked a pig. They had beverages—lots of beverages. They played Golden Tee—specifically the all-new 2016 courses only days after they were released for big cash prizes.

Yes, the latest NIV at Baja Bean in Richmond—Power Events’ final stop before Houston—delivered as expected. Playing in a building ripe with Golden Tee history, 56 players teed it up on five unfamiliar creations to decide the latest PEGT Tour champion.

The end result? Let’s just say you won’t be shocked.

Festivities kicked off Saturday with a five-course qualifier. While the courses were new, the top players didn’t show it.

Houston’s Mark Stenmark, a Power Events regular, posted the top qualifying score with his -135. North Carolina’s David Duncan was second with a -132. Paul Luna, now of St. Louis, qualified third with a -130 total.

The top seeds played, well, like top seeds. Stenmark and Duncan each powered through the bracket.

Duncan, having just posted a -29 of his own to get past Paul Luna, posted a respectable -26. While this score likely would have worked most games, Stenmark’s -29—yes, another one—was victorious. With that, Stenmark moved onto the finals and waited for his opponent.

As the other side of the bracket played, Luna and Duncan met once more. The winner would get a shot at Stenmark in the championship. Duncan, with a -27, snuck past Luna by a stroke. This set up another rematch between the two from earlier.

But, as was the case all day, Stenmark came out on top. His -27, the first score less than -28 for the day, was good enough. The world’s best Golden Tee tournament player added yet another title—proving that he can win just fine on 2016. Congrats to Stenmark on the win.

With that, there is only one tournament stop remaining is Houston. Power Events will close out the year on December 3 through December 6 at Jake's Philly Steaks. A Houston Holiday Classic champion will be crowned, as will a Player of the Year. The winner of the Player of the Year will also earn a spot into the Golden Tee 2016 World Championship.

Oh, the fun to come. Stay tuned to Goldentee.com.