NEWS
The Golden Tee 2016 World Championship
How to Qualify, Dates, Seeding and More - The C
http://twitter.com/share
Prev News | Next News 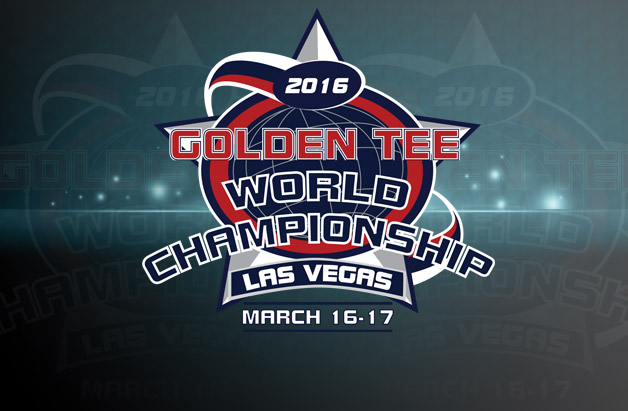 It is with great pleasure we present the news that the Golden Tee World Championship has returned.

For those who have been around this game long enough, you know just how much this means. For those who may have started playing after the last World Champion was crowned, welcome to a spectacular piece of the game’s storied history.

On March 17, 2016, we will crown a new World Champion at the Las Vegas Convention Center in the thick of the AMOA Amusement Expo.

There will be tension, suspense and nerves. There will be surprises, disappointment and overwhelming joy. It will be one of the game’s greatest moments in more than 25 years—two days of exhilaration on the grandest stage imaginable.

However, in order to reach that goal, there is still tremendous work to be done, games to be played, tournaments to be won and scores to be posted. While there will be more to get to in the coming weeks and months, allow us to introduce the Golden Tee 2016 World Championship, what that all means and how you can become a Golden Tee immortal. 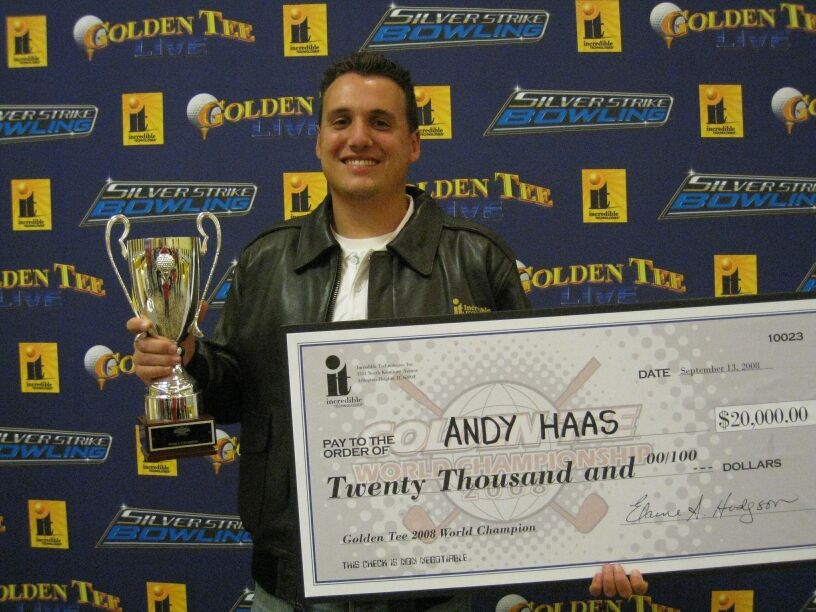 That is the most popular question to be asked prior to a tournament of this scale and understandably so.

There are two separate ways for players to qualify for the Golden Tee World Championship, which will have a total field of 32 players.

The first will be through live events that will take place over the coming months. The winners of Club Lucky’s Tournament of Champions (October 16-18) and Power Events’ Player of the Year Tournament (December 6) will automatically qualify.

In the event that the winner of the TOC also wins the Player of the Year event, the second place finisher of the POTY event will then secure the spot. Either way, two spots will be filled through live—in-person, match play-centric—contests.

The remaining portion of qualifying (and really the primary way to gain access) will be done through the Daily Contest on Golden Tee 2016 cabinets. It will begin on Monday, November 2 and run through Friday, January 15. At that point, the qualifying will close and the 32-person field will be set.

For those unfamiliar with the Daily Contest, the format will remain the same: Play each day as many times as you like, and your best score will count. You can play as many games as you wish on the same conditions to improve your score.

Here is a breakdown of the daily point system and how points will be rewarded each day.

In the instance that this happens, we will go down one (or two) places on the World Championship Leaderboard to fill the bracket. In the end, there will be 32 unique players competing in Las Vegas.

The Golden Tee World Championship leaderboard will be accessible on the GT Caddy. We will also have a Leaderboard on LIVEWIRE once qualifying begins. It will update each day and include Total World Championship Points as well as Total Great Shot Points—in games counted for the Daily Contest—over the course of the qualifier.

Total Great Shot Points will serve as the first tiebreaker. The next tiebreaker, if necessary, will be Total Golden Tee Points over the same time period. 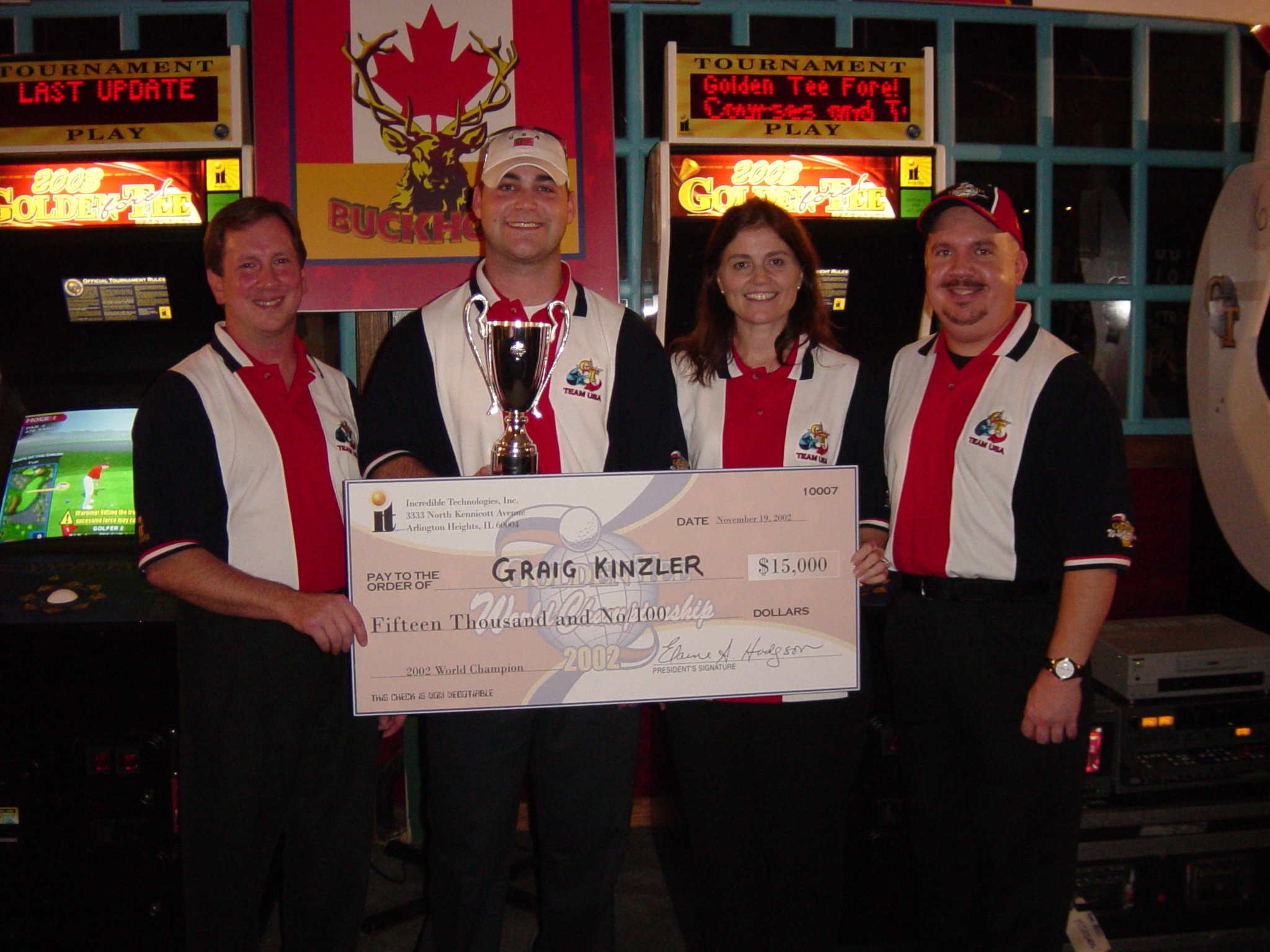 Oh, the fun is just getting started.

Once January ends, all 32 Golden Tee World Championship qualifiers will be asked to confirm that they are attending the event. They will have roughly 10 days to contact Incredible Technologies and confirm whether they plan on participating. (More on that in the coming months.)

If one or more qualified players cannot make the live event, these vacancies will be filled by the next players in line on the Golden Tee World Championship Leaderboard. By February 1, the tournament field will be set and the next stage will begin.

With time in Las Vegas limited, the month of February will determine seeding and fill in the 32-person Golden Tee World Championship Bracket.

By March 1, once the monthly World Rankings have been finalized, the official Golden Tee World Championship Bracket will be complete. At that point, it will be go time for the 32 competitors. 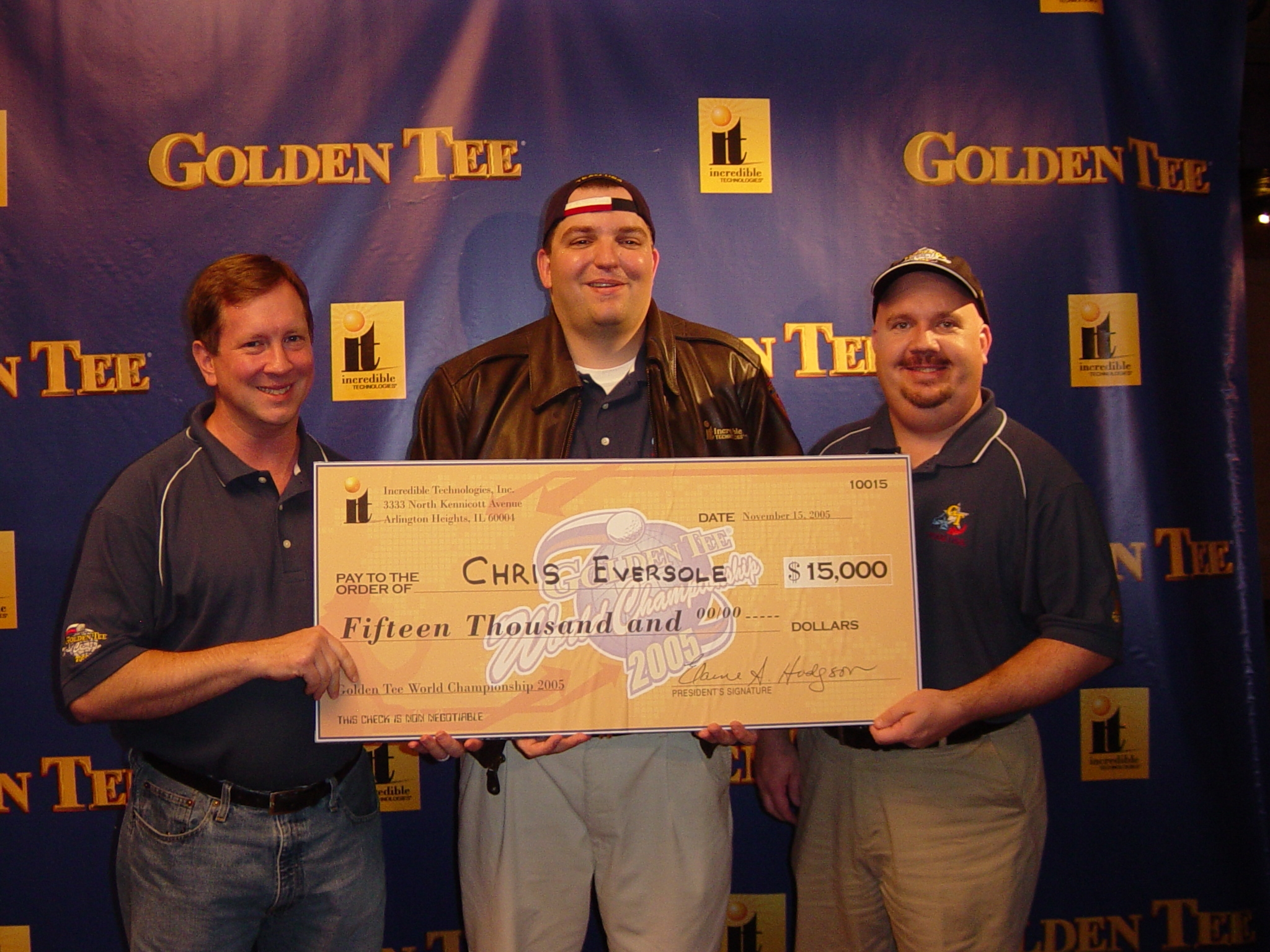 There is nothing quite like a live event with everything on the line—money, history and everything in between. It’s where a spectacular game reaches a new magnificent threshold.

The Las Vegas Convention Center in Las Vegas, Nevada will play host to the Golden Tee 2016 World Championship on March 16 and 17. The Amusement Expo will graciously welcome us for its annual industry trade show, and all matches and festivities will take place on the very busy show floor. Although the tradeshow is not open to the public, many matches will be streamed live, with live updates on social media throughout the two-day event.

The 32 qualified (and seeded) players will compete for a $10,000 top prize and more than $50,000 in cash prizes overall. The event will be played over two days and be double-elimination throughout.

Specific match rules, requirements and timing will be relayed closer to the actual dates. But please note, time will be limited and on-time attendance will be crucial. There will be limited flexibility in that regard, but again, we’ll get to that in time.

As mentioned, the top prize for the event is $10,000. The full payouts are as follows.

There is so much still to do. There are some surprise perks we will reveal in time.

There is a champion to crown. There are games to be played, magnificent scores to be posted and history to be written.

And it all starts on Monday, November 2.