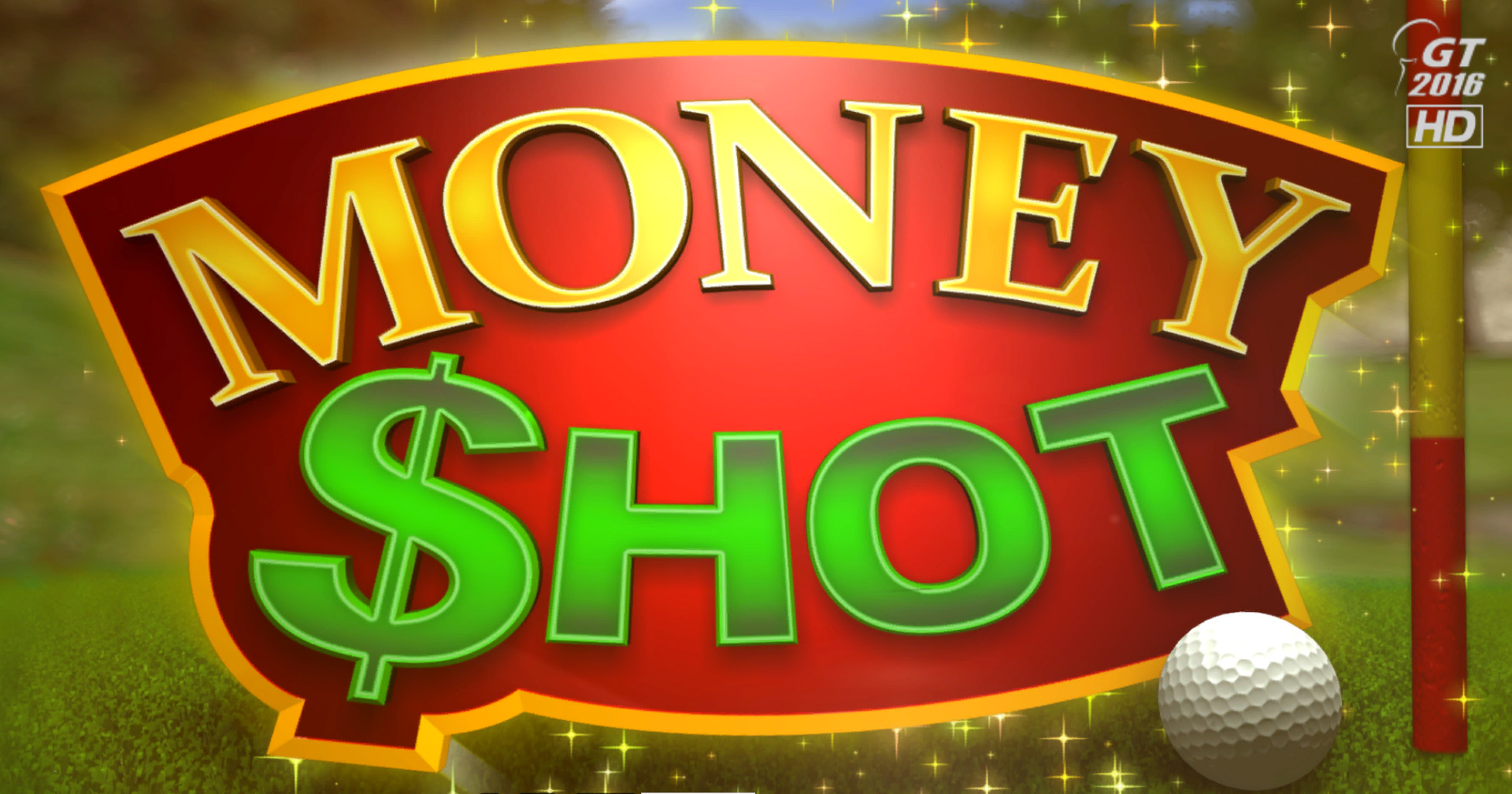 There is no cup. Let’s begin there. For the first time in more than 25 years, Golden Tee is adding a feature where the goal isn’t to get it into a small circular hole. That’s because there is no circular hole.

There is a flag, a green, some wind and that’s it.

Confused? I would imagine so. But it will all make perfect sense in this brave new world where the goal isn’t to get it inside the cup. Instead the goal is to get it really, really close.

Welcome to Money $hot, our latest game mode that will debut in Golden Tee 2016. Perhaps the best way to describe this mode of play would be the following: Imagine if Closest-to-the-Pin LIVE and the Daily Contest had a baby. This falls just well short of describing how to play—and more importantly win—but it’s a start. Let’s dive deeper.

The cost to play Money $hot is a buck. This is also important.

If you decide to play, you will have three shots on a random hole, only—as stated above—there will be no actual hole. Over the course of these three shots, the tee box and pin will not move. The wind, however, will adjust after each and every effort—becoming increasingly difficult as you progress. 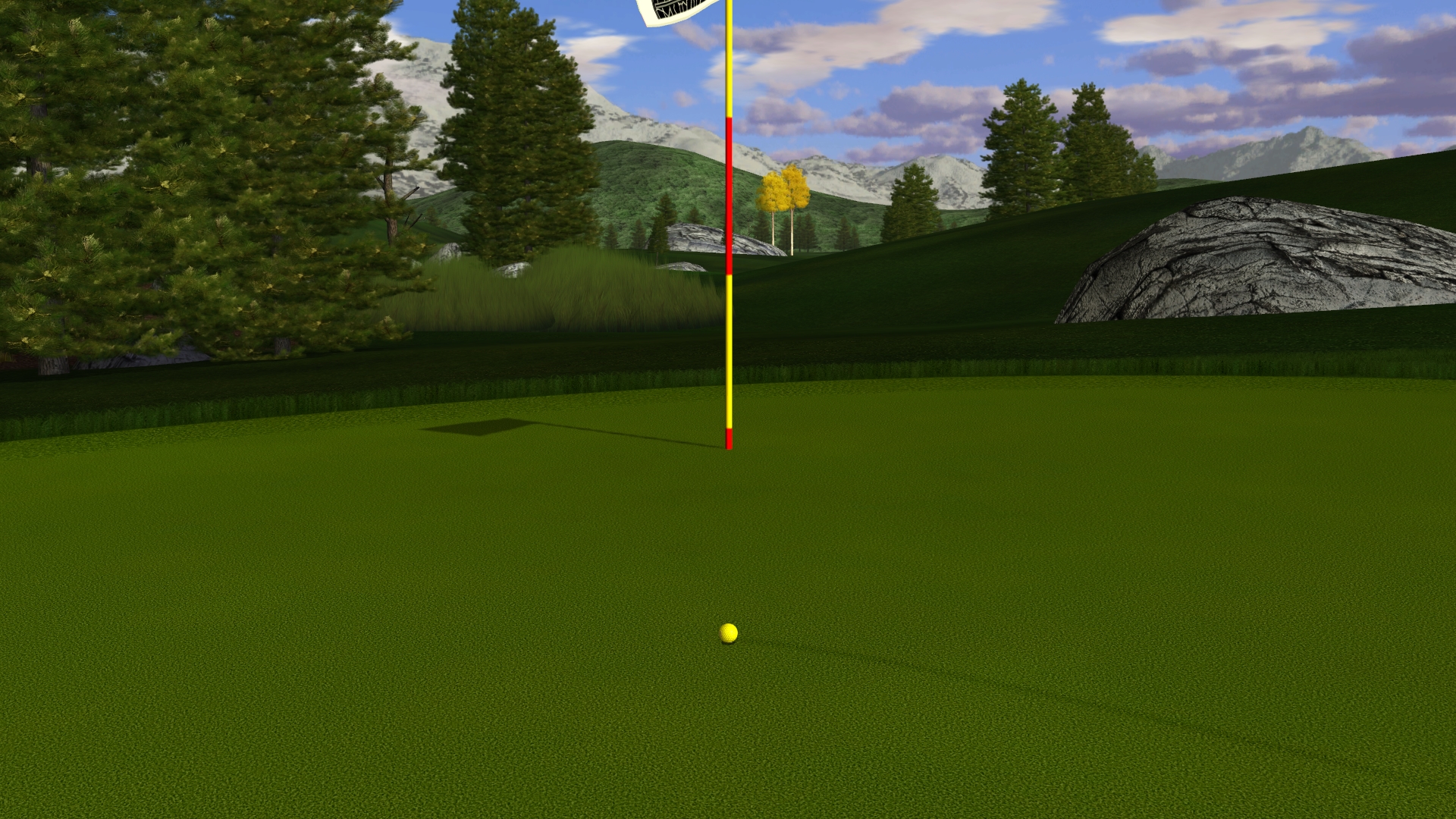 The name of the game is to get as close as you possibly can with a single shot to the center of the pin. (Again there is no cup, although the pin will react like a normal pin Hit it, and watch your ball run away.)

These measurements will be made up to a thousandth of an inch, which means that ties between best shots will be tougher to come by.

In the event that there is a tie, have no fear. Your second best shot of a given day will be used to break the tie. And if there is somehow a tie there—and goodness wouldn’t that be something—we will then take your third best shot overall. There will be no splitting prizes like in CTTP.

That brings us to our next point, and this is where the ties to the Daily Contest ties come into play. Like the Daily, Money $hot will be a 24-hour contest, starting at midnight central and running until 11:59 p.m. In that time, you can play as many games as you please.

The difference here is that each game played will result in a different setup. The same exact hole will be used for the entire 24-period, but the tee box and pin will change each time you start up another game. The wind, as mentioned above, will be different for each shot.

One of the cooler additions to this feature is the “Play Again?” option at the end of a game. Once you hit your three shots, you will be prompted with the following. Instead of having to start over from the beginning, you will be taken to the check-in screen if you decide you want three more shots.

We love this addition, and we think you will also. 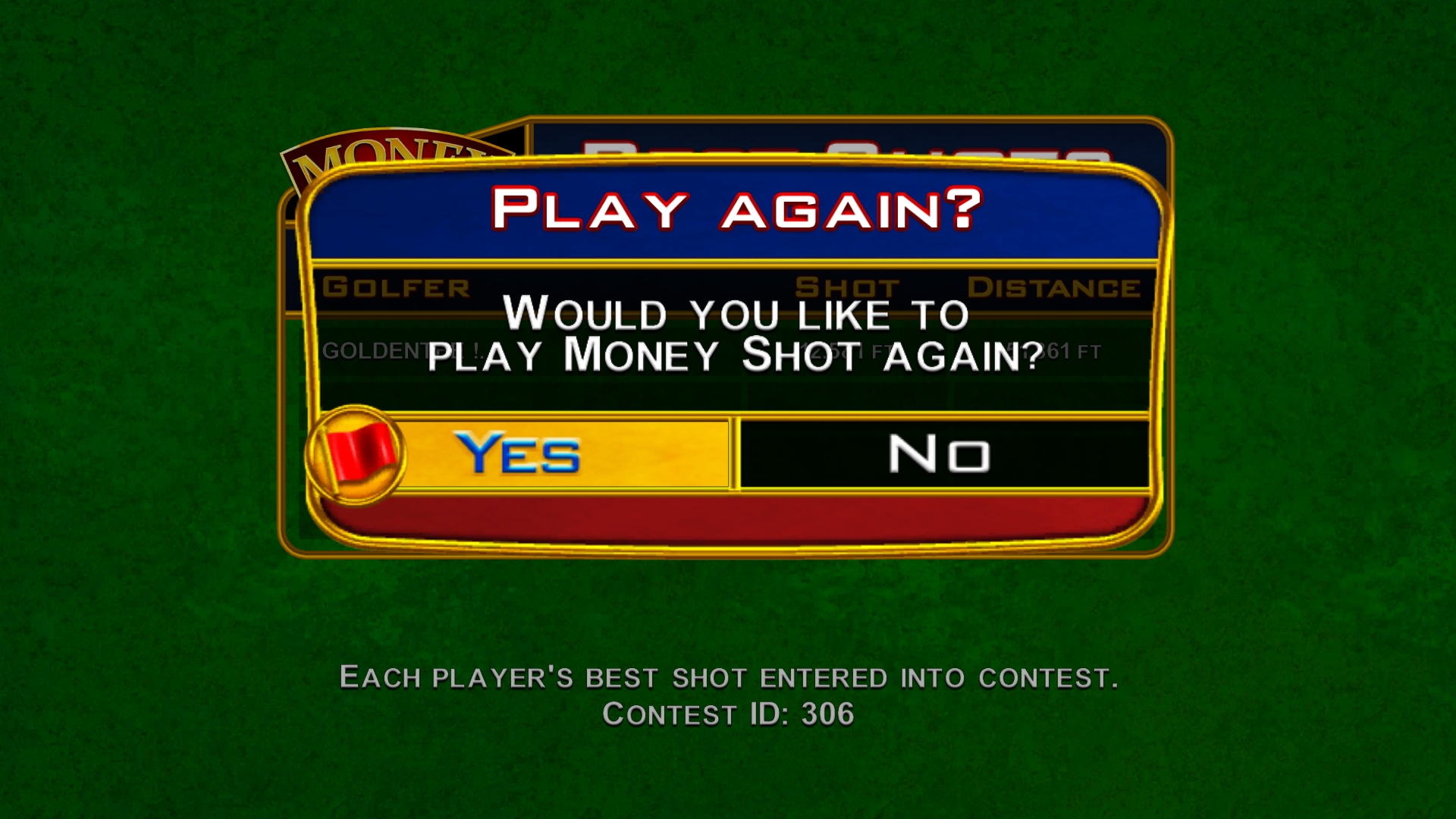 Now, the part you’ve undoubtedly waited for: the payouts.

The plan is to start by paying out to the top 100 players. The top payouts will be worth chasing—especially the No. 1 overall spot—although we still want to pay deep to give as many players a shot at walking away.

As we did with the Daily Contest, we plan to adjust as more people become acclimated with the feature. We want to pay more and we want to pay deeper. We will be transparent when we make adjustments, and we should have a full rundown of the launch payouts soon.

Having dabbled with the feature before, I will say this: It is extremely addictive and a lot of fun. The local competition between you and your buddies will also be spectacular, as the game will show your cumulative totals for your three shots in a given round.

One shot. That’s all it takes. And for a buck, it will be worth giving this exciting new feature in Golden Tee 2016 a whirl or two. Or three. Or more.

Want to see it in action? Here's a look at what you can expect in Money $hot.