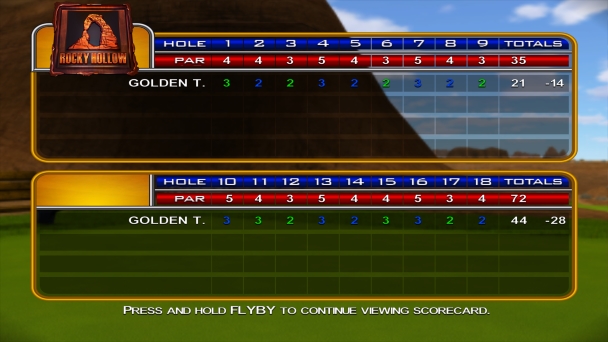 When Golden Tee 2014 launched, Jim Zielinski—GT’s infamous course creator—spent days digging through data and your trends before starting up on the next batch of courses.

More specifically, he spent days digging through your data and your trends.

He went back, studying various courses and gameplay statistics and studied what made certain courses—courses like the now infamous Bonnie Moor—more popular over others. While it’s hard to pinpoint what specifically makes a course more popular than the next, one thing became pretty obvious.

“People like shooting lower scores,” Zielinksi said. “So let’s give them what they want.”

Now, as we Segway to Golden Tee 2015, there’s an important little disclaimer to touch on before we jump into the giant reveal: The five new courses that will ship with the latest update will not be easy. The difficulty on the designs—the challenges you’re accustomed to—won’t suddenly just change. So don’t expect to just cruise your way to a big round.

With that being said, the opportunities for lower scores are very much a reality in Golden Tee 2015. And here’s why.

“We’ve added a par-5, a drivable par-4 and a par-3 to each 2015 course,” Jim Zielinski said. “So we’ve basically cut the two-shot par-4s in half in favor of holes where eagle is possible.” 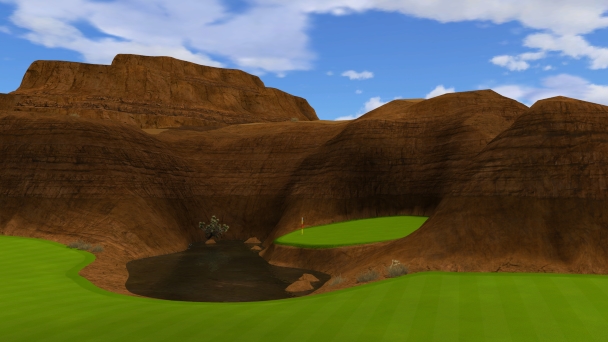 If you’re a fan of these risk vs. reward moments—and quite frankly, all of our hands should be raised—than these welcomed changes will change the way you play and enjoy Golden Tee. You will have the opportunity to deliver lower scores without having to holeout, hole-in-one ort double eagle. You will notice the difference right away.

With that said, there are two sides to this risk vs. reward scenario. While the opportunities are there, going for these eagles has multiple outcomes. There is the positive—aka the eagle—and, well, everything else.

“We didn’t just make the game of Golden Tee easier,” Zielinski said. “But we have provided more chances to score.”

To chance are coming your way soon. Golden Tee 2015 ships on Monday, September 22. Get ready to go low.