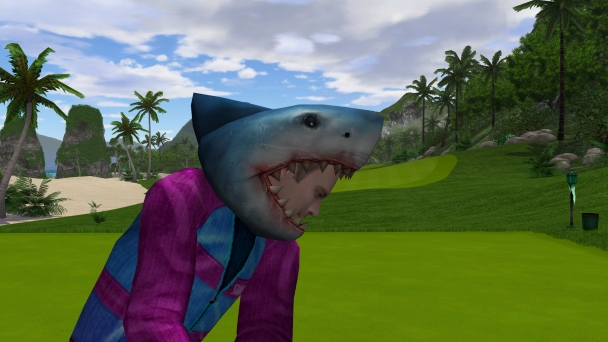 That man is Mike Sanchez, and he is Golden Tee’s Calvin Klein. As an artist at Incredible Technologies, Sanchez has the fun—but challenging—task of coming up with an array of items each and every year.

“Every year we have 60 new clothing items, 24 new hats, and six pieces of clothing that will be obtained through giveaways throughout the year,” Sanchez said. “The process is always a bit different between updates because I always want to try new things and push the limits of what we’ve done. My goal is to always make stuff better, interesting, and more unique than we’ve ever had before.” 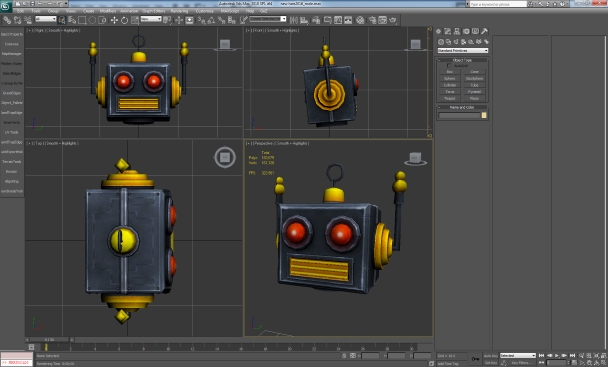 So, the shark head. Let's get back to that.

Yes, it is unlockable in 2015. And yes, it’s magnificent. Why would you ever want to wear a shark around your head? Well, because now you can, of course.

“It’s without a doubt my favorite item in 2015,” Sanchez said. “I didn’t know if the idea would pay off when I started, but I’m glad I went with it.” 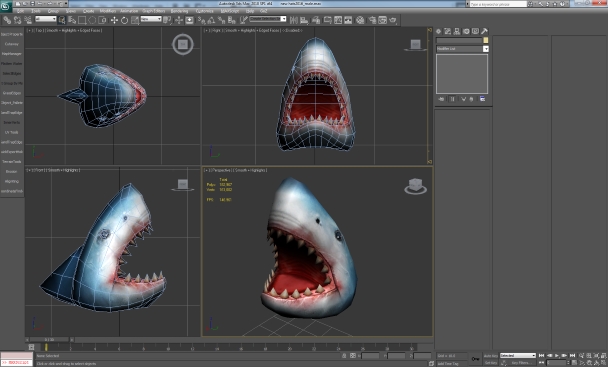 The shark head is in, but it has company when it comes to items you will want to unlock and throw on your virtual golfer.

As has been the case, the clothing additions in the update are, in some ways, tied together. No, there is not a line of shark heads—and some items will simply stand out as unique—but Sanchez will get inspiration through one way or another. This year, his television was an integral part of the idea/creation process.

“I can’t really say there’s an overall theme each year,” Sanchez said. “However, all the long sleeve shirts are inspired by Miami Vice and the 80’s. I got hooked watching Vice on Netflix while working on the clothing this time.” 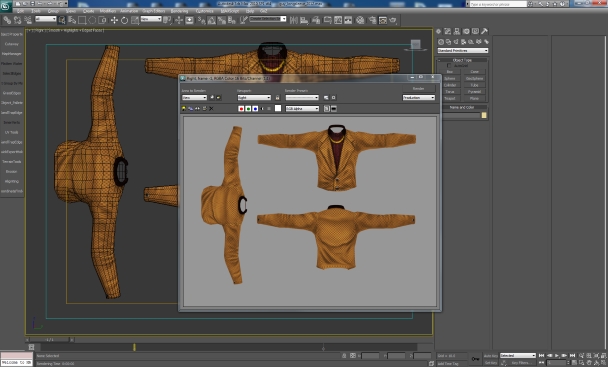 Some of the hats (two, to be exact) will move.

“We have two hats that animate this year,” Sanchez said. “One you can unlock through birdies, games played, eagled or great shots, and the other will be available with a Giveaway Code later in the year. The design process wasn’t much different, but we did have to add some new code to make it work properly.”

With Golden Tee 2015 Ship Day now less than a week away, Mike Sanchez’s creations will soon be worn by thousands upon thousands of Golden Tee players—you, for example—looking for separation from a buddy. It comes down to finding just the right amount of character for your character.

Needless to say, you’ll have plenty of options to do just that, one Vice-inspired, motion-driven, shark-toothed item at a time.