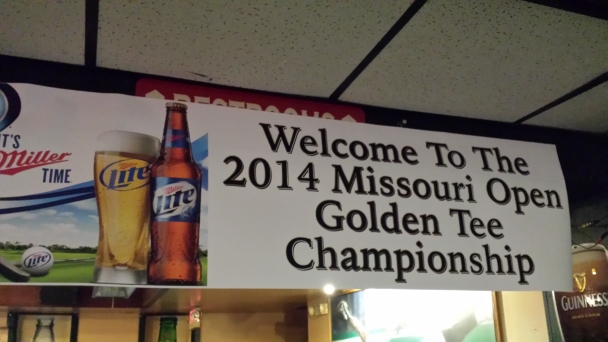 Hazelwood, Mo.—Power Events’ Missouri Open has slowly but surely garnered the reputation as being one of Golden Tee’s most coveted titles. It didn't happen overnight, although it's now a giant circle on a calendar filled with notable stops.

There’s good reason for this: The game’s best typically flock to this tournament with their sights set on the title. Sprinkle in the incredible rise of some of the local St. Louis trackball talent, and it’s easy to see why this has become must-see GT.

In 2014, that was the case yet again. 73 players teed it up at Redbirds in Hazelwood for the latest edition of the tournament. The scoring was low (as expected), and this trend started early with the five-course qualifier to determine seeding.

Houston’s Mark Stenmark was the top overall qualifier with a five-course score of -130. Missouri’s Evan Gossett fired a -129 to take home second, while Ohio’s Andy Hass finished with a -128—including a jaw-dropping -30 on Pelican Grove—to qualify third.

The rest of the top 10 was as follows:

The players who headlined the qualifier picked up right where they left off, bulldozing the winner’s side of the bracket. After Florida Open winner Sean Gervais took out Mark Stenmark in a thrilling match that went deep into sudden death, Gervais took on Evan Gossett with a spot in the finals up for grabs.

Gossett prevailed, winning -25 to -23 and waited for his opponent.

On the other side of the bracket—with zero room for error—Stenmark climbed his way back after losing in the best match of the tournament. He fired a -27 against Ohio’s Jeff Sutyak, a -26 against Andy Haas (winning in extras) and a -28 against Sean Gervais to get his revenge and secure a spot in the finals.

To win the championship, however, Stenmark would have to beat the unbeaten Gossett twice, a tall order given the previous results. It got a little smaller after Stenmark fired yet another -26, beating Gossett by three strokes in the first game.

In the second game, however, Gossett responded with a monster game of his own. He fired a -26 to Stenmark’s -24 and took home the Missouri Open title. 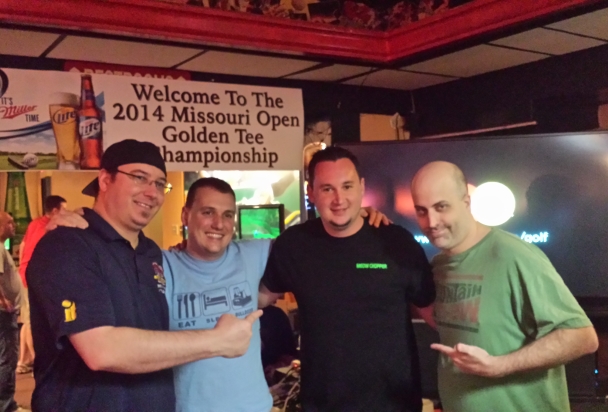 Congratulations to Evan on a superb weekend of play and thanks to everyone who participated in a fantastic weekend of Golden Tee.

Special thanks go out to Power Events for putting on another wonderful show. It’s not easy to run a tournament of this size, but they often make it look so. With that, the stage is set for the Players Charity Championship in Chicago.

If you’re not signed up yet, you need to be. June 5 will be here before you know it, and we hope to see you all there.