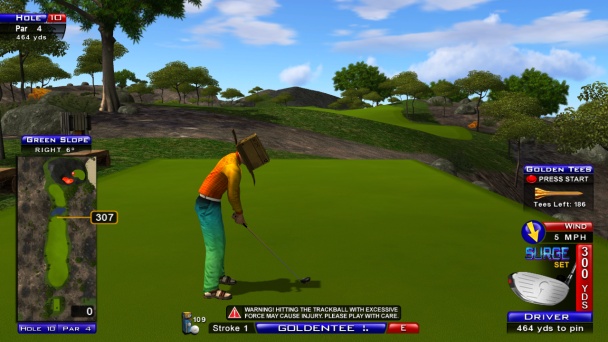 With the launch of Golden Tee 2014 on Sept. 23—hey, that’s coming up fast—will come a new arsenal of high-performance equipment to attack the courses. And when it comes to the two new sets of clubs, 2014 is all about loft.

Before we get to that, however, the Hawks (known better as “The Old Birds” in the GT community) will once again be available for purchase. These aren’t new clubs by any means, but they are back and worth a try if you haven’t dabbled with them already.

But the Hawks have company, and the Inciter and Surge sets will make their Golden Tee debuts in a matter of weeks. If you like fairway woods—and many of you do—both of these sets will serve as very viable options.

“When we looked back at some of the more popular sets, it’s clear that huge percentage of players like having loft options from a great distance out,” said Golden Tee course designer Jim Zielinski. “The Inciter and Surge sets both have these desired characteristics, although there are enough differences where both can come in handy in certain scenarios.”

What clubs are included in each bag? Here’s a rundown. 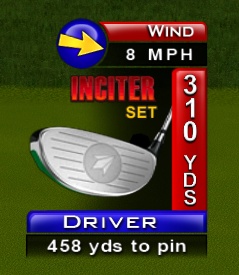 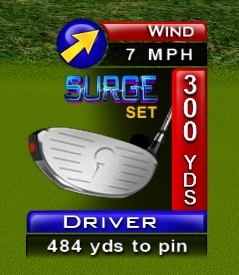 I know what you’re thinking, because I’d be asking the same question.

But what about the golf balls?

We’ll debut the three new golf balls in 2014 on Thursday.