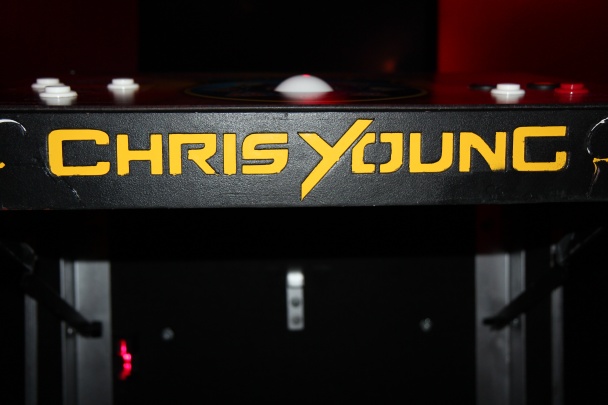 First, Chris is a damn good dude. It’s always refreshing to meet a celebrity that is down to earth, because (as many of you know) not all of them are. Chris was kind, polite, fun, and a pleasure to be around while we talked about life on the road and Golden Tee. He’s just like you, only people pay to hear him sing while others will pay you to stop.

Next, speaking of Golden Tee, Chris has some game. He plays quickly—saying he usually plays a quick nine holes before he goes on stage—and you can see it in his playing style. He wastes little time on his putts, hitting them with his palm without wasting much time to line it up, and was incredibly effective at it. He knows Golden Tee, and his passion and knowledge stretches well beyond that of a casual player.

And finally, Chris has a Golden Tee cabinet that you’ll salivate over. Wherever he goes, the game follows him. No need for Find-a-Game, no desperately searching for a bar nearby late night after going on stage. Chris has a dream setup, a dream that his buddy Tony Holloway made a reality. 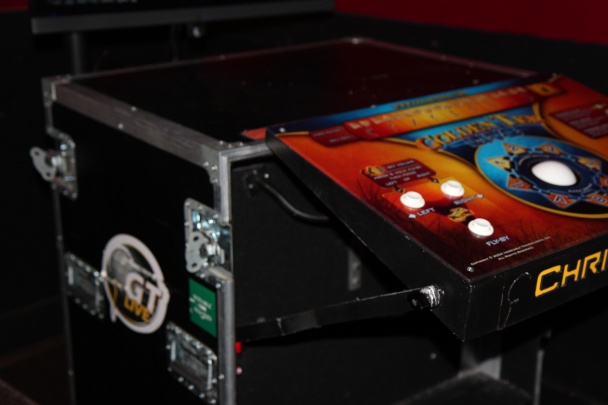 Tony was the brains behind the unique cabinet for a unique situation, and while he referred to his creation as “over-engineered,” the GT crew in attendance couldn’t get enough of it.

Using one of the boxes you’re accustomed to seeing musical equipment carried in, Tony crafted a Golden Tee game. It’s on wheels—which, of course lock into place—and both the television screen and control panel are collapsible. There’s a card reader so Chris can monitor his stats, regardless of where his travels take him. 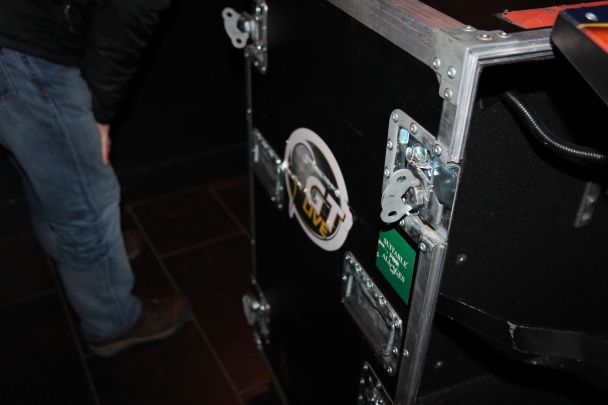 They’ve thought about adding cup holders to the side, but thus far they haven’t made the plunge. They have, however, added a “NO DRINKS!!!” label to the top of the cabinet to eliminate a potential sticky situation. 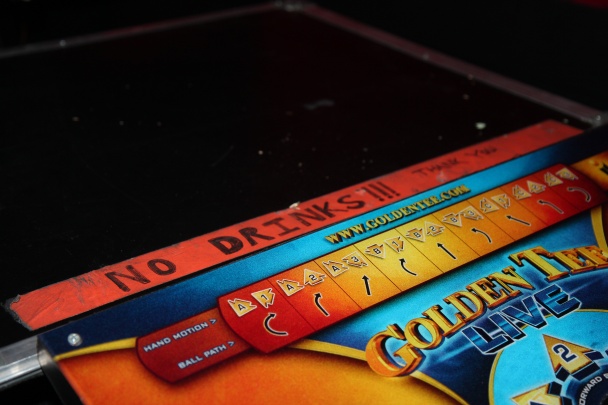 In terms of customizing and already customized cabinet, “Chris Young” was added to the front of the control panel in a bright yellow that you can see from across the bar.

As for how it plays, I was pleasantly surprised. I was somewhat skeptical of how the feel would translate on such a radical cabinet, but it felt like Golden Tee. It didn’t budge, and putts and chips felt on point. I even mustered up a hole-in-one (humble brag alert), late in the round on Coconut Beach.

Chris Young wanted Golden Tee on the road, and thanks to a few weeks of construction from his good pal, he has it. He now has the latest update, too.

Thanks again to Chris for spending the afternoon with the Golden Tee crew, and I imagine we’ll cross paths once again soon enough. 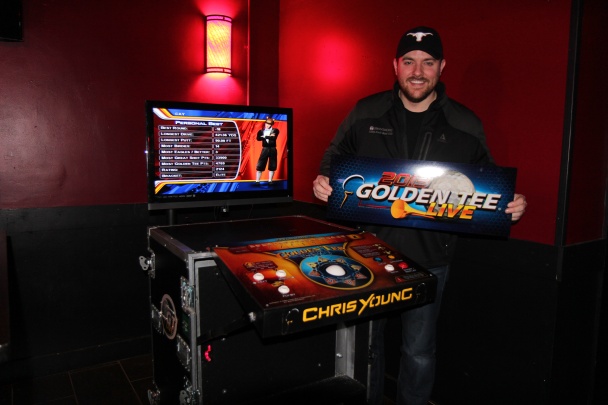