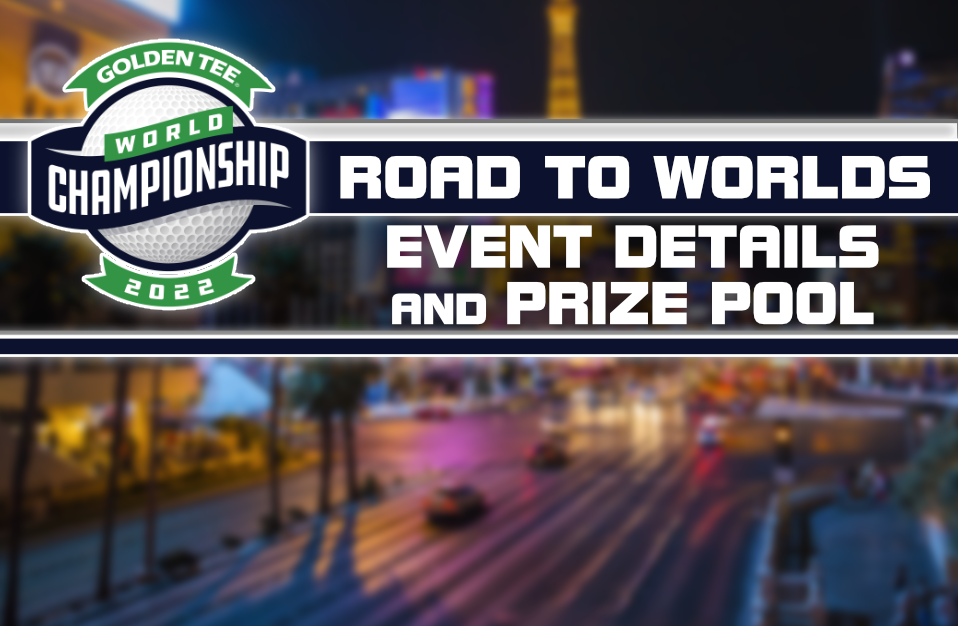 In just 27 short days from today we will be crowning our first Golden Tee World Champion in almost three years!

The 2022 Arcade World Champ will be crowned at The Westgate in Las Vegas in front of a crowd of hungry and fierce competitors on the grand stage of Pavilion 9-11!

With at least five qualifying spots on the line, we will kick off the arcade World Championship event on that Friday, February 25 with two Closest-to-the-Pin contests.  Old school rules will apply in this contest meaning in order to win and advance in the bracket, you must hit the closest shot between you and your opponent in nine holes.

Talkin' about the Benjamins

The Prize Pools have been set for the Championship (Gold) Bracket and the Silver Bracket and it is stacked!  $145,000 in prizes is on the line later this month for the Arcade World Championship!

Each of the 96 qualifiers will play a five course qualifier on Saturday, February 26.  Their total score, great shot points and Golden Tee points on each course will be combined to get their total score.  Courses will be randomly drawn from the seven Golden Tee 2021 courses.

The top 32 players on the leaderboard after the five course qualifier will be placed in Sunday's double elimination Championship Bracket for the top prize of $30,000! 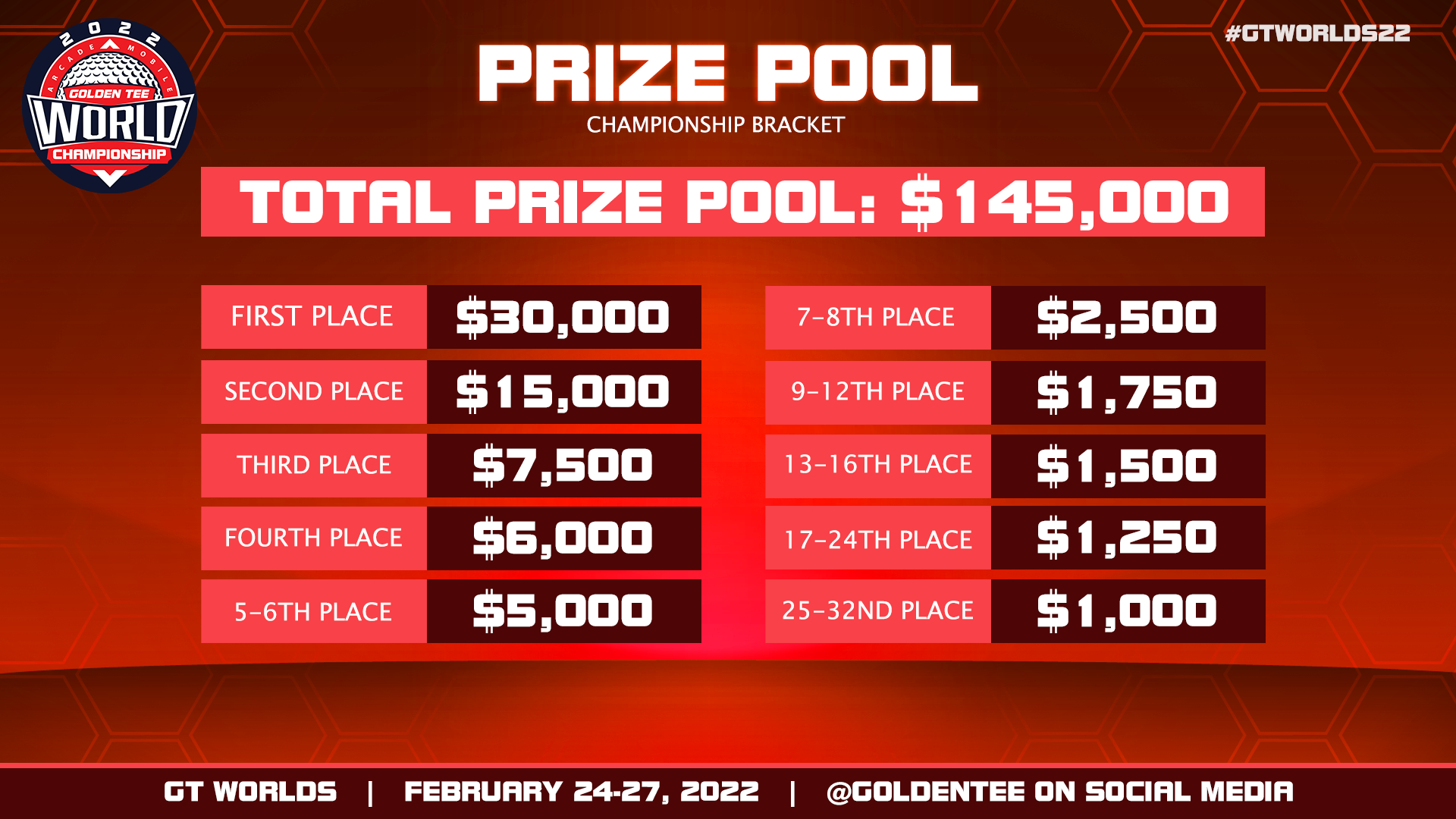 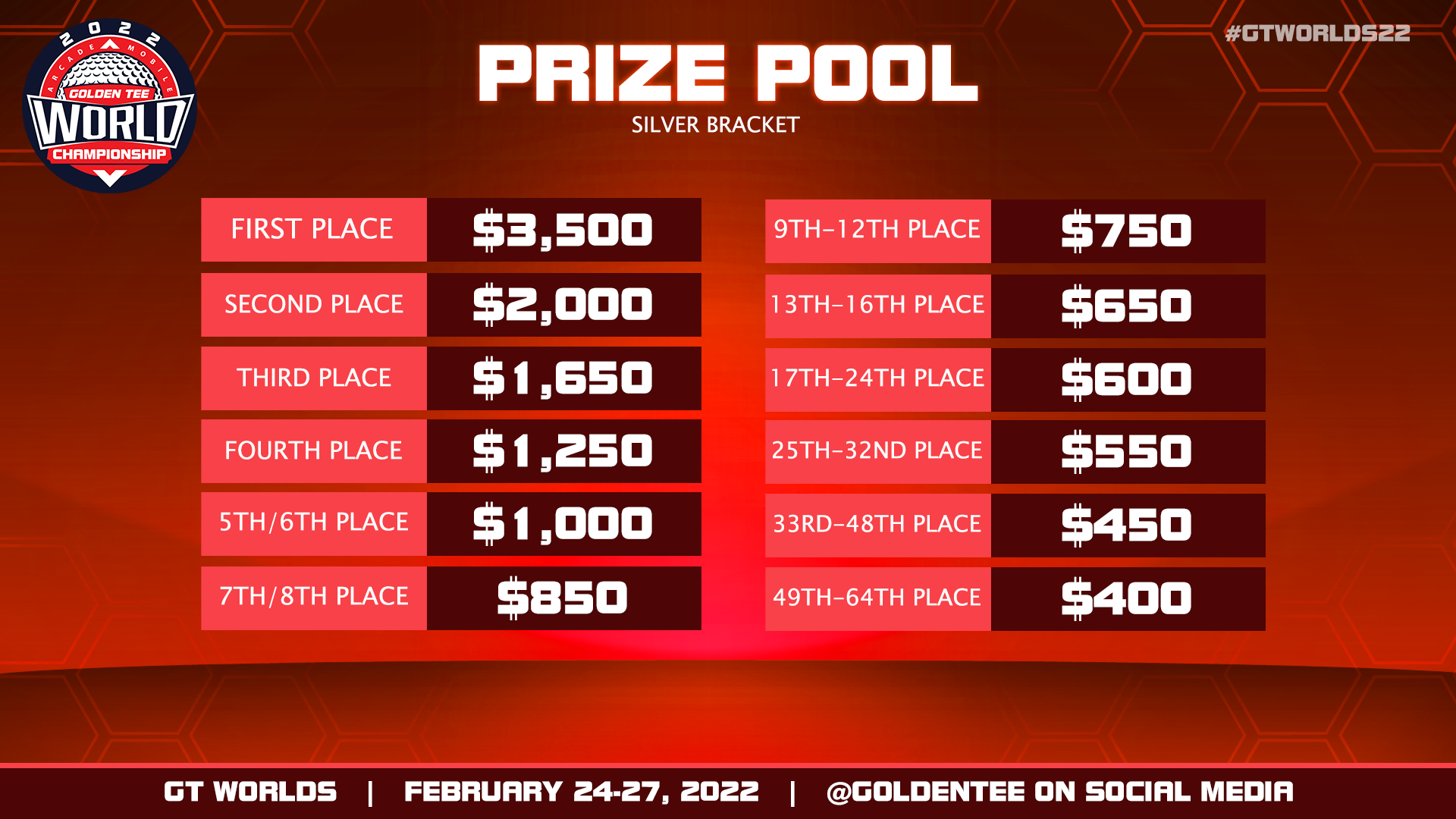 Good luck to all of the competitors making their way to Las Vegas for a shot at GT immortality.  We highly encourage you to head out to Vegas and try to earn a spot on the stage!  If you do travel out to Vegas, book your rooms NOW to lock in event rates, and we'll see you out there!

If you can't make it to Las Vegas to try and qualify or watch the event in person, we will be LIVE streaming all weekend long at YouTube.com/GoldenTee!