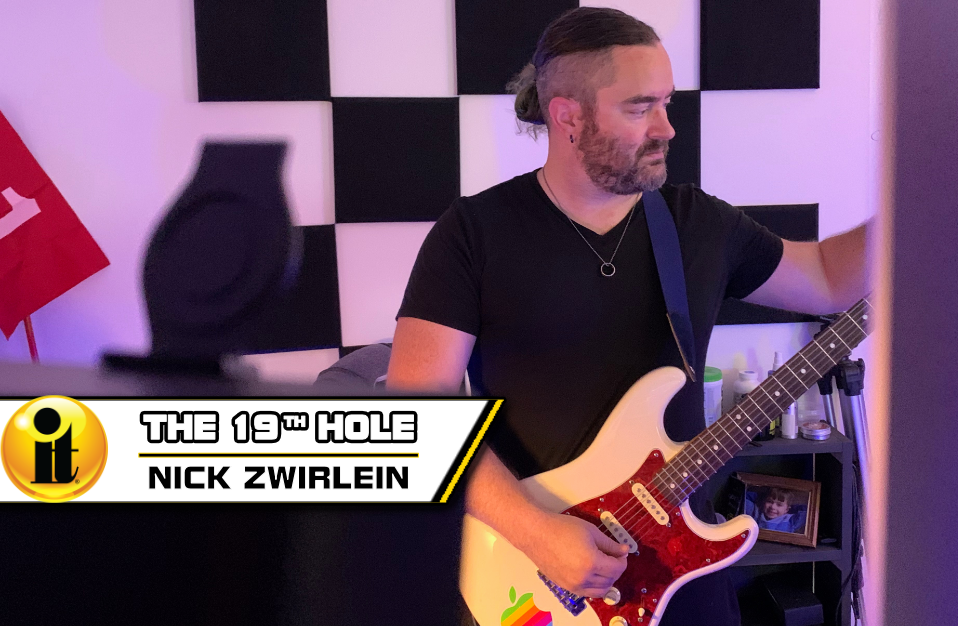 An affinity for the art of audio took root early in the life of Nick Zwirlein, Composer and Sound Designer at Incredible Technologies. His passion for the medium quickly laid the foundation for his professional life, and his path brought him closer to his childhood influences than he likely ever imagined.

Nick’s parents kept a piano in his childhood basement. It was his introduction to the world of music and composition, and what would eventually become his life’s work. He was drawn to the cello, would go on to exhibit an aptitude for the instrument, and quickly found himself in the company of like-minded peers. Fostered by the support (and almost certainly patience of) his loving parents, he started to capture music with the help of a four-track tape recorder, some cheap microphones, and a random collection of instruments left on the floor of the makeshift recording studio he’d converted his parent’s bar into. He’d come bounding down the basement stairs into the “studio” before and after school (RIP Mr. and Mrs. Zwirleins’ happy hour), playing back the works he’d put to tape in previous sessions, and composing new arrangements to lay down with his ever-changing lineup of preteen musicians. 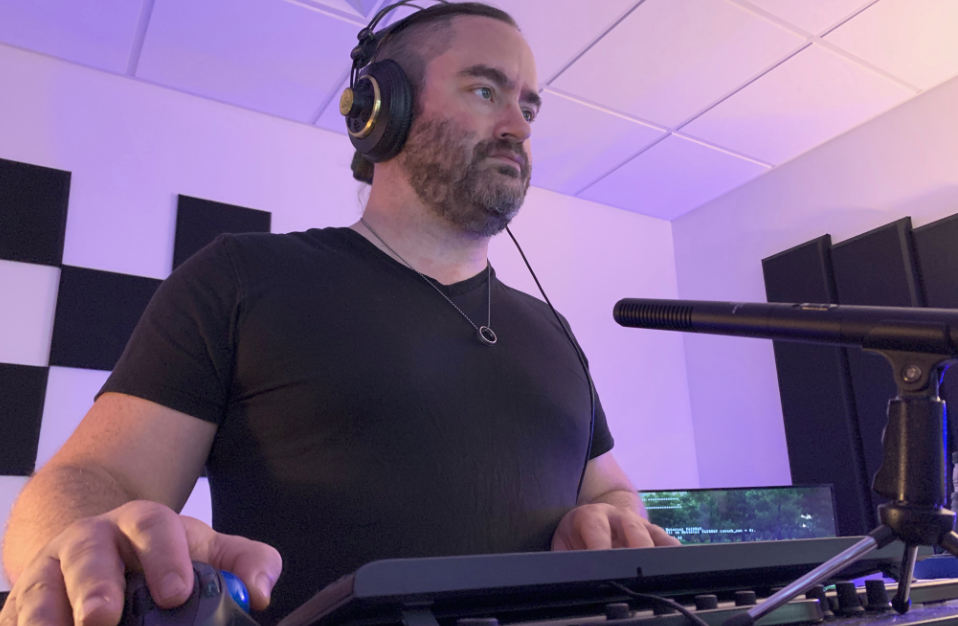 His roster of studio players inevitably joined bands in the pursuit of their own musical endeavors and, as the guy with the super sweet home studio setup, Nick was afforded the opportunity to hone his craft while engineering and producing a catalog of songs, EPs, and albums for his friends. Naturally, word-of-mouth did its thing, and Nick spent the remainder of his formative years bringing local artists’ songs to life, and absolutely loving every minute of it. His clients and friends constantly encouraged him to seek higher education, and a degree in audio, but he found himself weary of the traditional approach to his aspirations, fearing the oft-repeated perspective that he’d find himself being taught “how to wind cables” in a classroom setting. 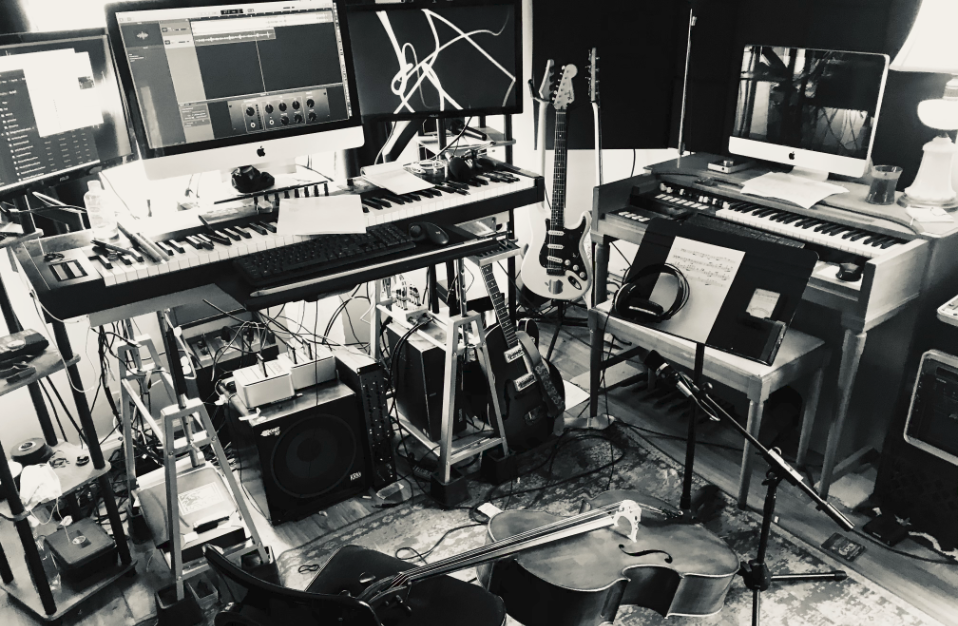 Though somewhat apprehensive, he eventually enrolled in an audio program in Madison, where he was fortunate enough to work with people who’d recorded some of his favorite 90s and 2000s artists and albums. He noted that several of these people, people he understandably held in high esteem, were working with audio in a somewhat non-traditional capacity. They were finding successful careers in producing audio for video games. This was something that Nick became keenly aware of during his childhood. As one of the few proud adopters of the not-so-well received Sega 32X, that he’d purchased exclusively to play the latest iteration of Doom, he would crank the audio as loud as his bedroom and TV would allow, realizing that the sounds he was hearing were the product of someone’s job; that someone earned a living by giving voice to the games he loved so much. He’d given this dream some consideration as a kid, and now he was learning directly from people who’d made it their reality. He jumped at the prospect of making it his own, and shifted his professional focus to finding a place in this burgeoning arena. 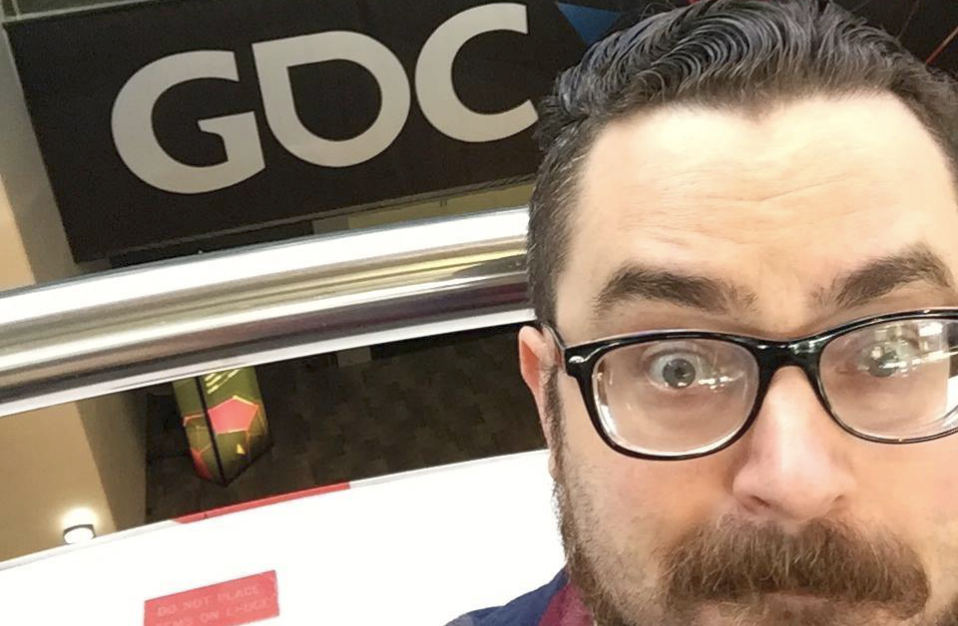 Still working toward completion of his degree, Nick began submitting dozens of applications for game audio positions, and getting a few “nibbles”, but had some difficulty landing a gig. A trip to GDC in 2017 inspired him to double his efforts, and he pored over job listings, identifying key requirements in the field, learning the skills and applications he was unfamiliar with, playing a ton of games, and applying for any game audio related position he could find. Eventually, it payed off. He accepted an internship composing music for a turn-based card game, where he found an appreciation for creating epic orchestral tracks. It was something that came naturally to him, given his extensive background playing cello. Never slowing in his pursuit for a full-time position, Nick took on a temp role, working on the QA team for one of his all-time favorite FPS franchises. He later accepted an internship with Incredible Technologies, working alongside Chuck Larish, Senior Sound Designer/Composer at IT. After 10 months with the company, he was offered a full-time position, which he proudly accepted. 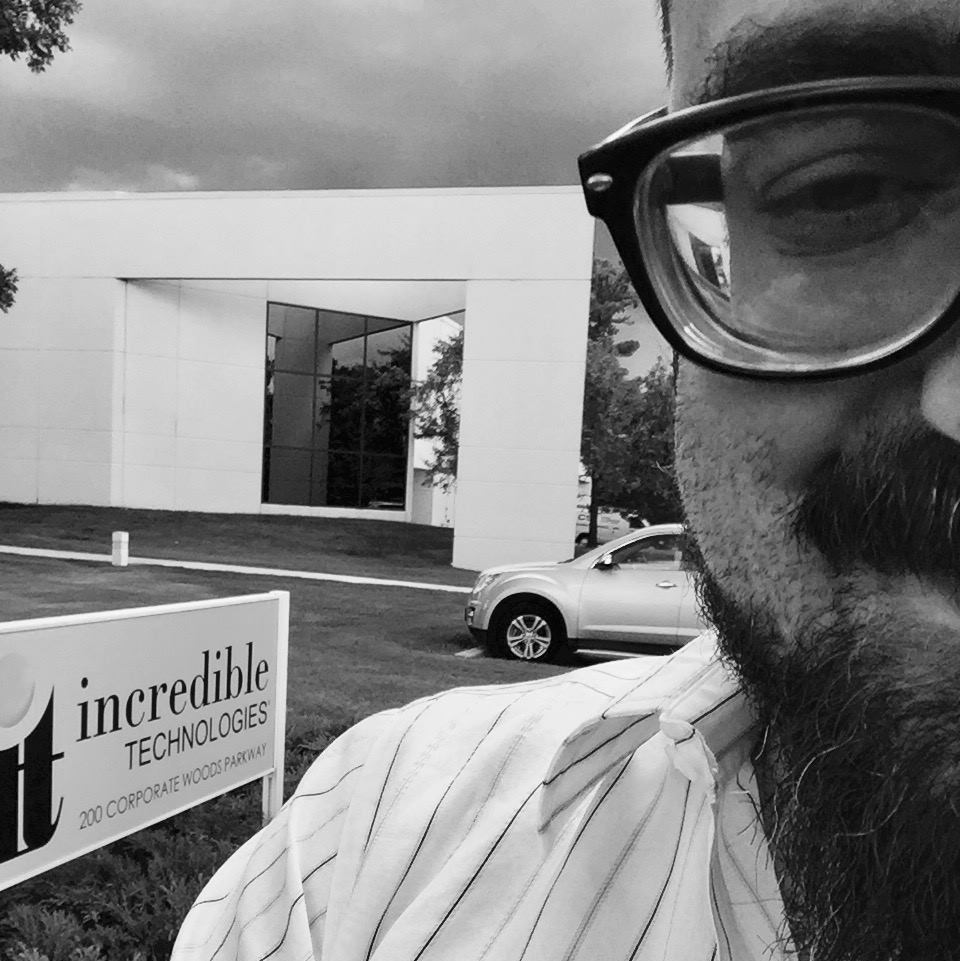 It was almost serendipitous. Nick had a long-time relationship with Golden Tee as a player. Over the course of fifteen years, he’d enjoyed the game with his fellow cellists, a welcome reprieve from their intense practice schedule. It was a factor when he and his wife were searching for a new home, settling on a property that was across the street from a place with an updated GT arcade cabinet. By the time he began working at IT, he’d accumulated over 500 games on his player card. His familiarity and understanding of the game became an asset to him, as he approached the tasks afforded to him on various Golden Tee related and IT mobile game projects, and his work with epic orchestral tracks aided him in composing works for IT’s Casino Gaming releases. For Nick, everything really just fell into place after that, he had truly found his own place in the world of game audio. 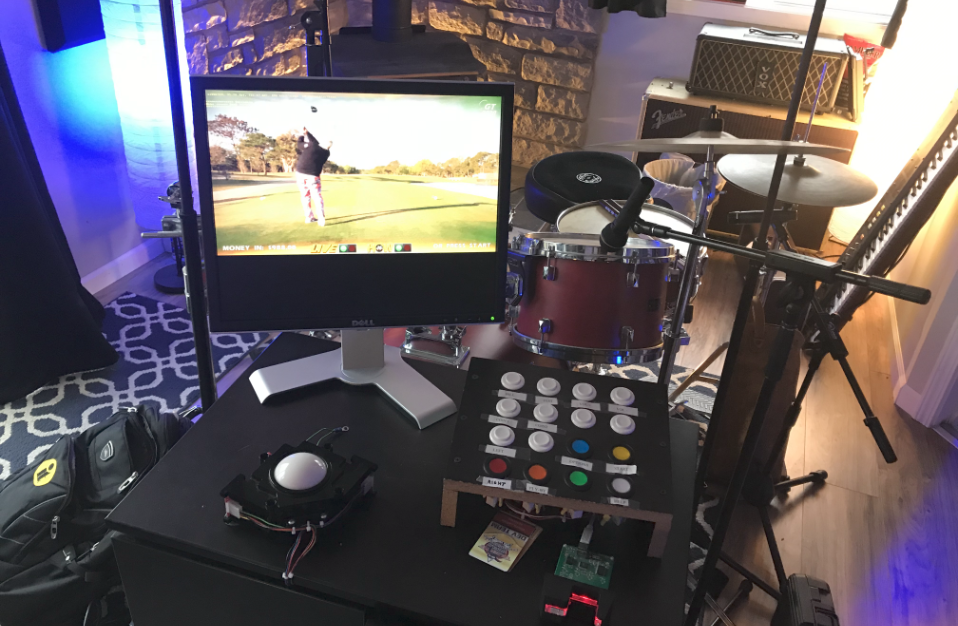 Now, years into his career within the field of game audio production, he finds himself at the helm of his largest project to date; the latest iteration of the Golden Tee series, Golden Tee PGA TOUR Edition. He has overseen the creation of literally thousands of lines of dialogue, including commentary by fan-favorites, Jim Nantz and Peter Jacobsen. He’s leaned into his varied and extensive musical experience to compose fun, exciting, and accessible music for Golden Tee fans to enjoy as they play through their favorite new and existing courses, and he’s doing so with the unique touch that only Nick Zwirlein brings to the table. 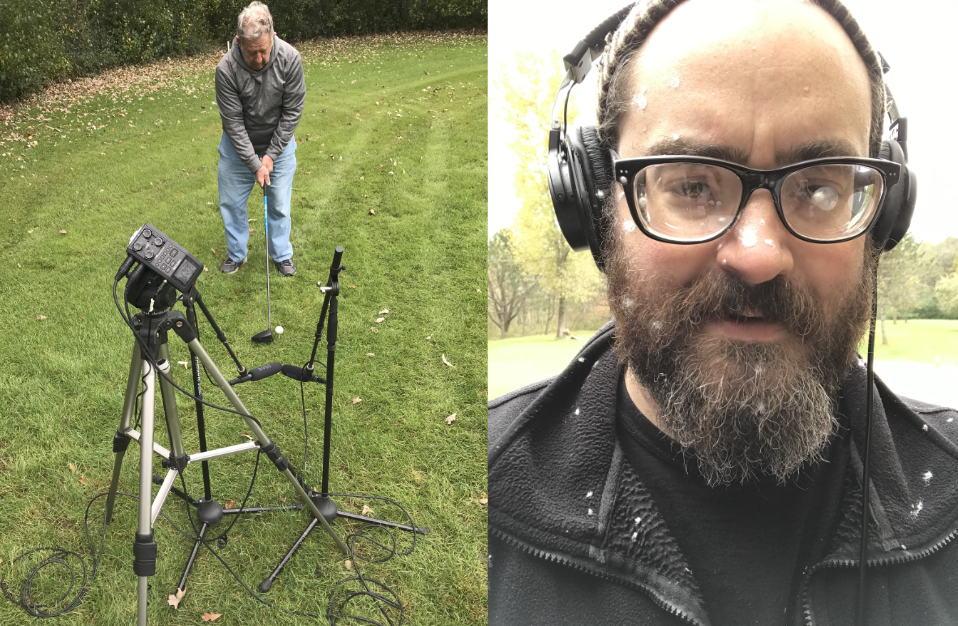 He recorded an entire library of sound effects for the upcoming title on a real golf course, marrying these sounds with the sounds Golden Tee legacy players have come to know, creating an experience that is not only fresh and dynamic for incoming players, but surprisingly familiar for long time fans of the series. He was able to share this experience with his father, who patiently hit shot after shot while his son manned various mics and his trusty field audio recorder, carefully capturing each take. It was a serious task that came with moments of levity, as they smacked golf balls into trees, and found themselves covered in cornstarch, as his father chipped balls out of the simulated “snow”. 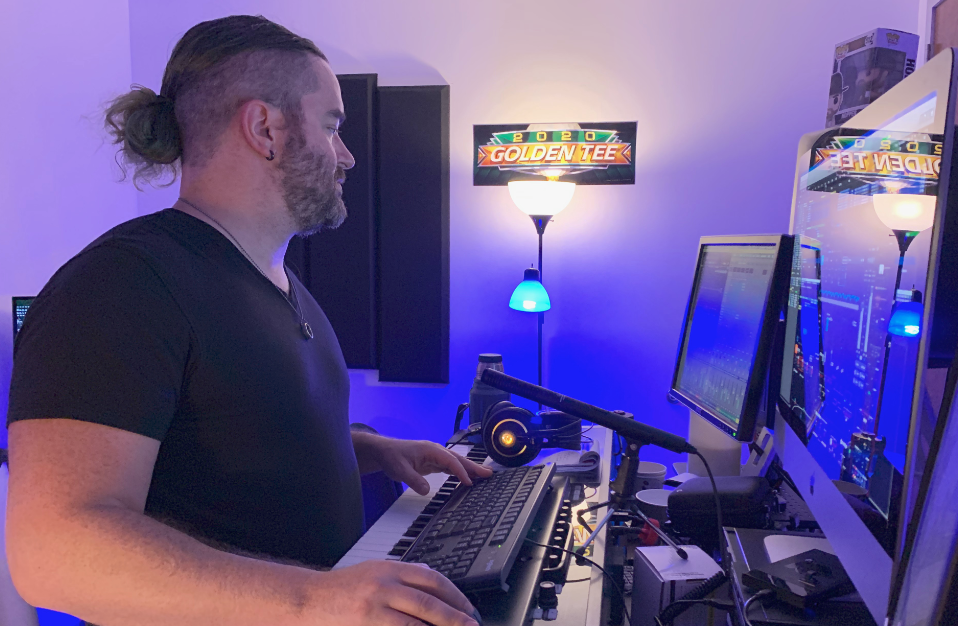 It’s been a long and storied journey for Nick, from the studio in his parents basement to the offices of Incredible Technologies. He forged his path with the unique experiences and perspective that only he brings to the table and, judging by the way he retells the story, he wouldn’t have it any other way. Not only has he realized his childhood dream, he’s doing so with a team that he feels fortunate to be a part of. In his words, “Everybody I work with is just amazing, you know?” You can see him swell with pride as he utters these words, and in his overt excitement to share Golden Tee PGA TOUR Edition, and his own incredible contributions, with the world. 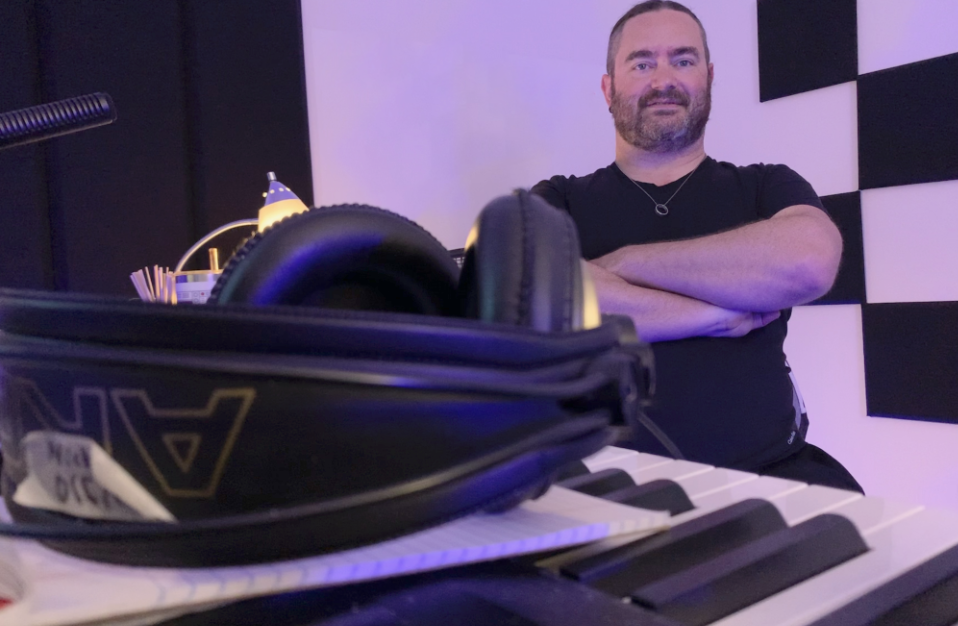