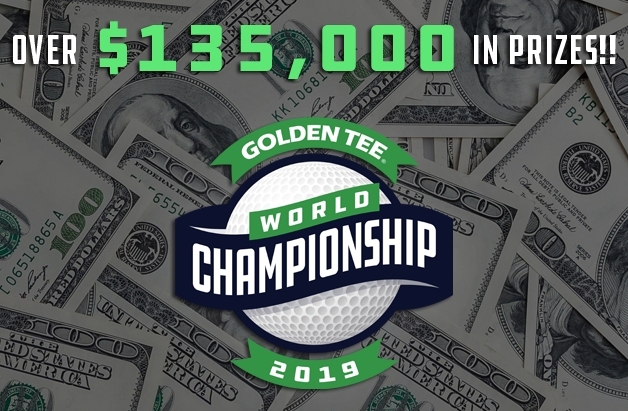 Qualifying for the coveted World Championship field began this February on ITNet-enabled Golden Tee 2019 machines.  Using the new online “Events” mode, special weekly contests will determine 5 qualifiers a week for 12 consecutive weeks.  Players need to play 5 games during the week to be ranked, and can play as often as they like to improve their final score.  In addition to 5 Worlds spots, a prize pool of nearly $9000 is awarded to the top 300 finishers each week.

“The new Events mode is proving to be a big success with players of all skill levels”, said Don Pesceone, VP of Amusements at Incredible Technologies.  “We have offered a variety of different formats that keep players on their toes and encourages repeat play.  The weekly format is perfect for finding a new champion, and there will be plenty of suspense and surprises throughout the spring and beyond.”

Players in states where Events or Prize Play formats are not available still have a chance to compete for the Worlds.  During the week of March 18, Crawdad Swamp, a fan-favorite course fully remastered from Golden Tee Fore, becomes automatically available on all online games.  During that first week, players in non-prize states who play this course will be automatically entered into a special weekly contest for 4 Worlds qualifying spots. 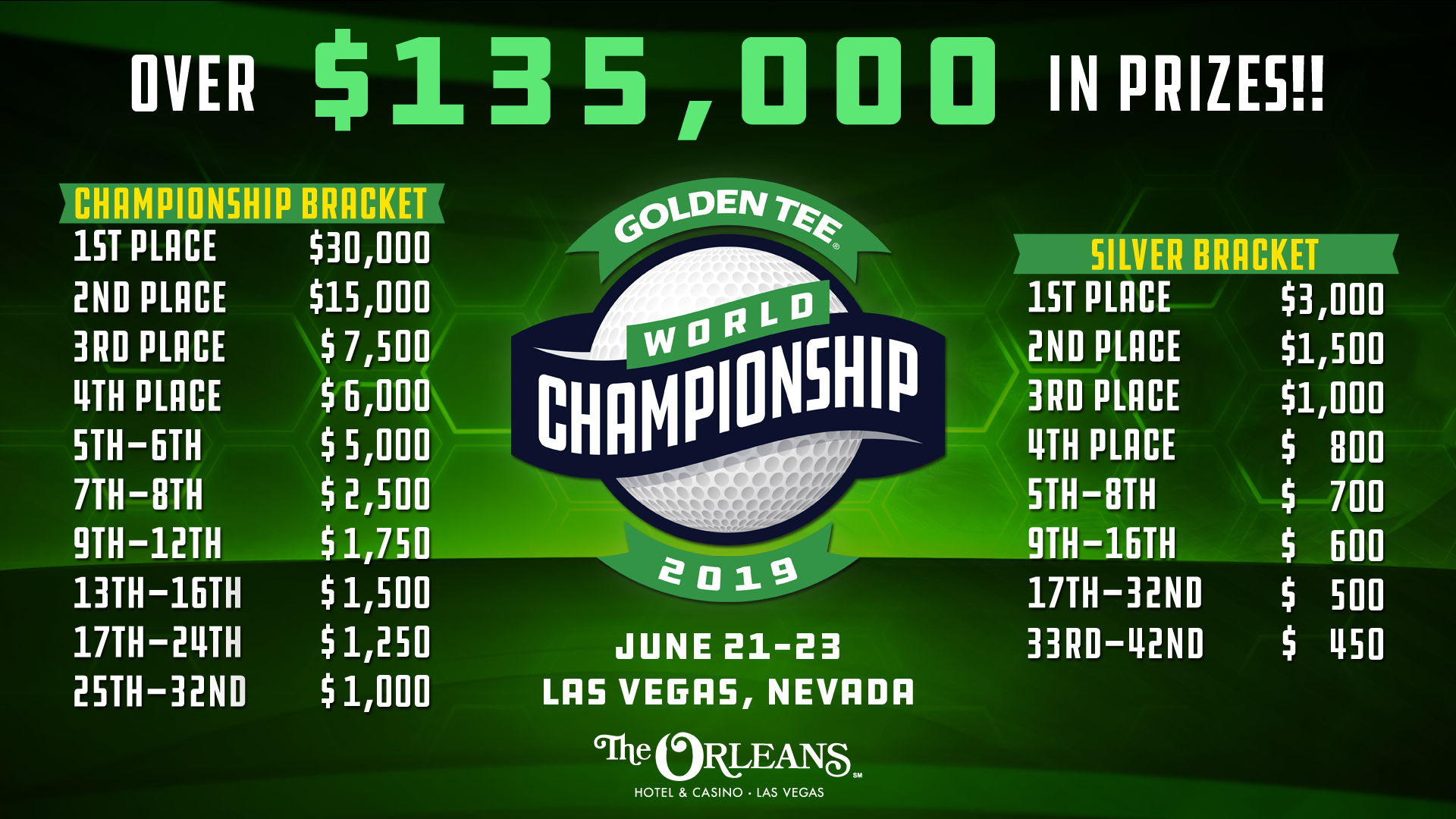 Qualifying events will run through the end of April, and 72 of the 74 Worlds spots will be filled.  To add extra last-chance excitement, a single qualifying spot has been reserved for the winner of a special Money Shot contest on Friday May 10.  The final spot will be awarded to the winner of a special live Closest to the Pin event held at The Orleans Hotel and Casino on Friday June 21.  The contest is open to the public and anyone can enter.

The 2019 Golden Tee World Championship will take place June 21-23 in the beautiful 800-seat Showroom at The Orleans Hotel and Casino in Las Vegas.  The 3-day event is open to the public, with plenty of excitement and surprises planned for the players and the audience.  “Golden Tee is celebrating its 30th anniversary this year, and the World Championship is a perfect way to throw a party”, said Pesceone.  “We have a lot of surprises in store for the live audience, and with the top prize set at an unprecedented $30,000 the competition will be fierce.  You won’t want to miss it!”

More information on Golden Tee and the World Championship can be found at GoldenTee.com, and most social media platforms using the handle @GoldenTee.