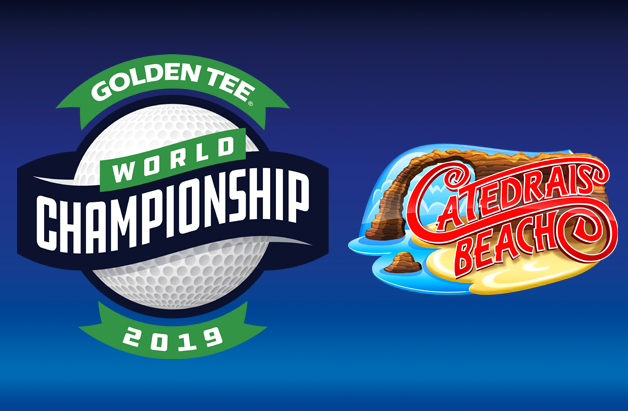 Many thousands of games were played during Week 1 of our World Championship Qualifying Event!

With a typical course par of -30, Catedrais Beach was the perfect course to kick our first qualifying event!

Between Saturday morning and late Sunday afternoon, the top 5 leaderboard kept changing.  7 strokes were added to the various top 5 players' scores just in a matter of hours on Sunday alone!

In the end, Paul Luna was able to score 2 additional strokes to take the reigns as number one player for last week's Event with a score of -167, 387,282 great shot points and 51,029 Golden Tee points.

Not only is Luna one of five additional qualifiers in the 2019 World Championship, but he's also $1,500 richer due to his efforts!

Week 2 qualifying is now underway on Sandhill Woods.  Find-a-Game near you and start playing for your chance to win cash prizes and to qualify for the World Championship!