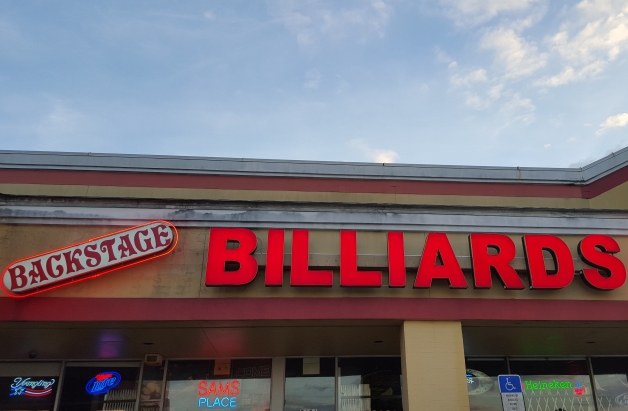 ORLANDO, Fla. — The first Golden Tee tournament of the year has come and gone, although it did not go quietly. Under the warm Florida sun, tucked away in the friendly confines of Backstage Billiards—a place that has housed Golden Tee champions before—a new victor was crowned.

One of the most energetic tournaments of the year lived up to that billing yet again, as 73 players teed it up in the Florida Open—Power Events’ first stop of the year. Orlando is the first of six stops the PEGT Tour will make in 2016.

In many ways, it sets the tone for the entire tournament season. If that is indeed the case this year, it will be a wild ride until December.

The event began with a five-course qualifier to determine the main bracket and seeding. Although the conditions on the qualifier were not optimal on a handful of the courses, that didn’t slow down many of the game’s elite.

Paul Luna led the way in qualifying, firing off a combined total of -141. Evan Gossett was second with a score of -138, followed by Andy Fox and Mark Stenmark. Each ended up with a total of -137.

The full field was as follows. 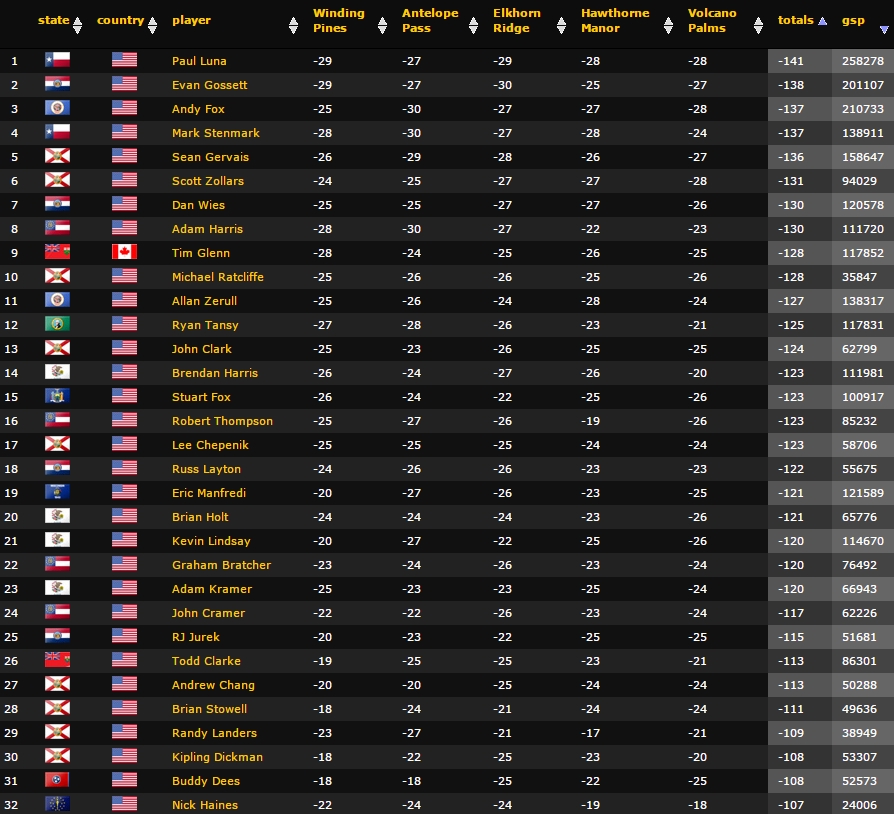 With the field in place, double-elimination match play began the next day.

Luna, the top qualifier, played as such until he ran into Fox in the king-of-the-hill match. The winner of this game would automatically be placed into the finals and be guaranteed no worse than second place. Fox came from behind on the final hole to beat Luna -28 to -27. But these two were not done.

On the other side of the bracket, the road to the finals was fierce. Sean Gervais bested Gossett -29 to -28 to eliminate him from the event. Luna, wanting another shot at Fox, then took out Gervais the very next game.

This set up a rematch in the finals, although a win for Luna would not be easy. Specifically, because he already had a loss under his belt, he would have to beat Fox in consecutive games.

A tall task became slightly less tall after the first game as Luna bested Fox -26 to -25. With one game left and everything on the line, Luna took down Fox again -27 to -26. With that game, he became the first PEGT Tour champion of 2016.

Congratulations go out to Luna on the win and Fox for a fabulous weekend as well. Special thanks must also go out to Power Events for a wonderful weekend and everyone at Backstage Billiards for their tremendous hospitality yet again. This has become one of the most enjoyed stops of the year, and it's easy to see why.

Next stop? Well, this year’s schedule is a little different. In terms of competitive Golden Tee, we’re off to Las Vegas next for the Golden Tee World Championship. Stay tuned for much more on that.

As for Power Events, they’ll be hosting the Missouri Open on April 21 through April 24 at Redbirds Sports Café in Hazelwood, Missouri. We’ll have plenty on the event—including the debut of a Money $hot tournament—as we get closer. Visit PEGTtour.com for more.