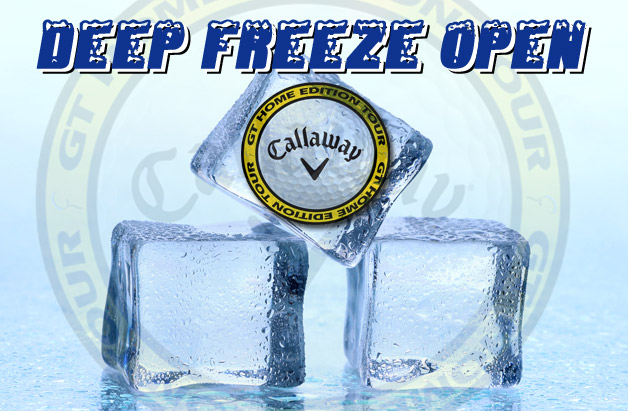 Three down, one to go.

The latest installment of the Callaway Home Edition Tour is nearing its next, next step. After three magnificent and competitive weeks, only one week of qualifying remains.

Before we get to the week that was and highlight those that came away with more aces than any other, let’s go over the guidelines for our final period.

The five Golden Tee Home Edition players with the most combined Golden Tee Great Shot Points between now and 11:59 p.m. central time on Sunday, February 28 will be added to the finals.

A reminder: Games must be played on 2016 courses, they must be completed and you must use your same Golden Tee Player card or credit card for the information to count. And yes, once more, it’s your total combined GSPs for the week in completed games.

The five players who have not already qualified for the event that finish top five will complete the 20-person field. At that point, we will take the next step and send each finalist a locked conditions card. All 20 players will then play each 2016 course once (a cycle), and then prizes will be rewarded.

Before we can get to that moment, however, there is work to be done. And last week, when we were looking for the most holes-in-one, there was much accomplished.

Five more players were qualified, pushing our total to 15. Those players were Mike Donahue, Chad Hobbs, Brandon Davis, Jay Blankenship and Kevin O’Connor. Congratulations to all five on some fantastic work.

The leaderboard was as follows: 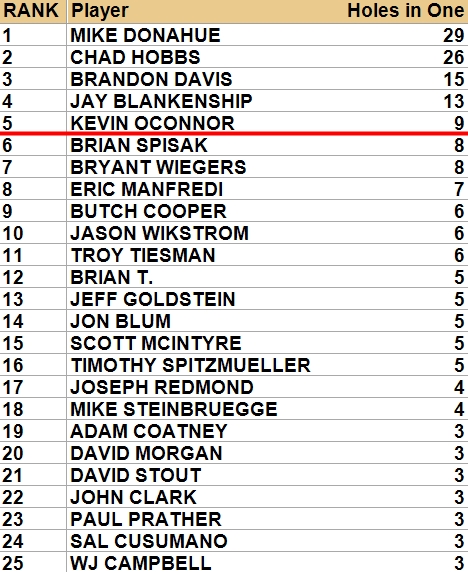 For those that might have just missed, you still have one more shot at joining the finals. Next week, we’ll reveal our full finals field and send out locked conditions cards to those participating.

Also, as one final reminder, the players who have played 10 games each of the qualifying weeks will be entered into a raffle. We will be giving away an illuminated marquee along with keypad. Good luck to all!