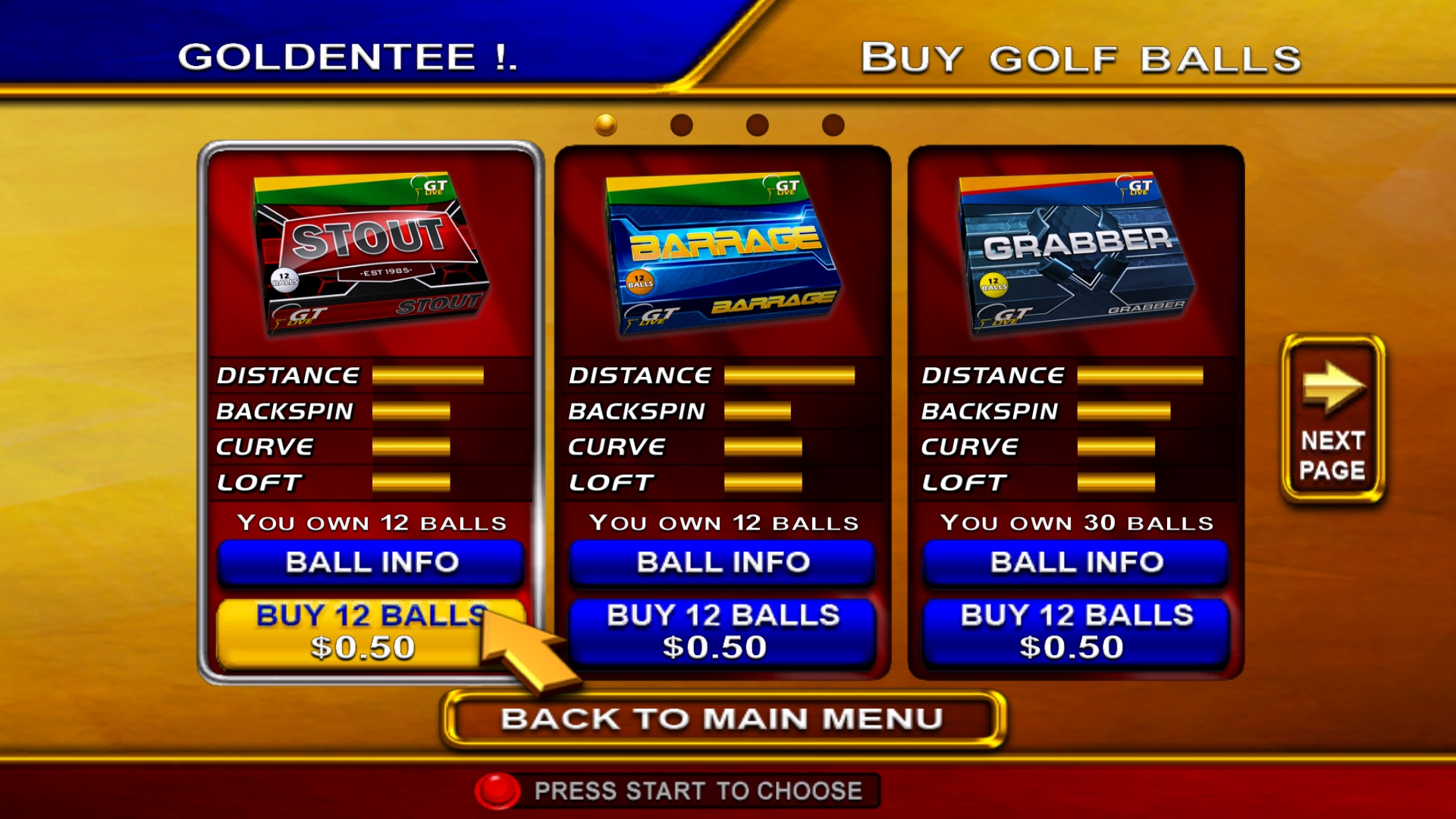 By now, you know all about Build-A-Bag. Yes, in Golden Tee 2016, you’ll be able to create your own club sets—the clubs, the name, the courses it’s used on, etc. In fact, you can do this right now.

Download/update the app, and go do it ASAP.

But what we have not discussed yet is this other critical piece to the equipment puzzle: Joining Build-A-Bag in 2016 is not one, but two new golf balls available for purchase.

You have a lot of options as is. Maybe you like you your golf ball and have no interest in changing. Good on you if that’s the case.

However, you have to at least see what’s out there. Maybe you want to even give them a test drive. Here are the two new golf balls that will debut in Golden Tee 2016. 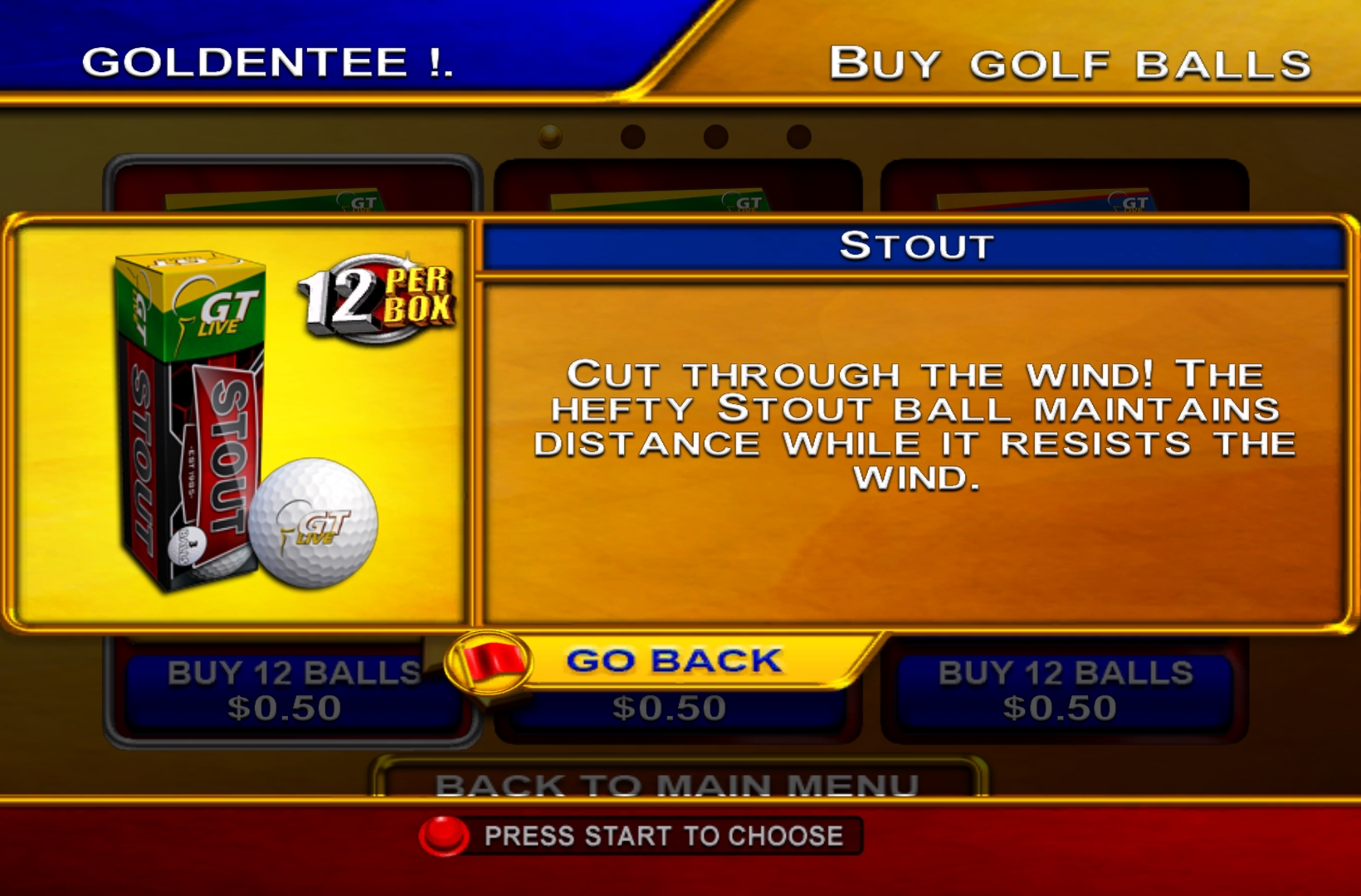 On a personal note, this is my favorite golf ball name ever and it’s really not all that close. The name, in many ways, explains exactly what you’re getting. This ball will react less to the wind, which makes it a very unique option moving forward.

“This will absolutely benefit more of a beginning player,” Golden Tee course designer and co-creator Jim Zielinski said. “If you struggle with the wind now, it’s a way to simplify the game. It will give you added distances on wind in your face, and it will lessen the impact of the wind with big crosswinds, which can often times be difficult for players learning the ins and outs of the game.”

It won’t be for everyone, but it is an option. And if you’ve long cursed monster winds late in the round, maybe give The Stout a swig. 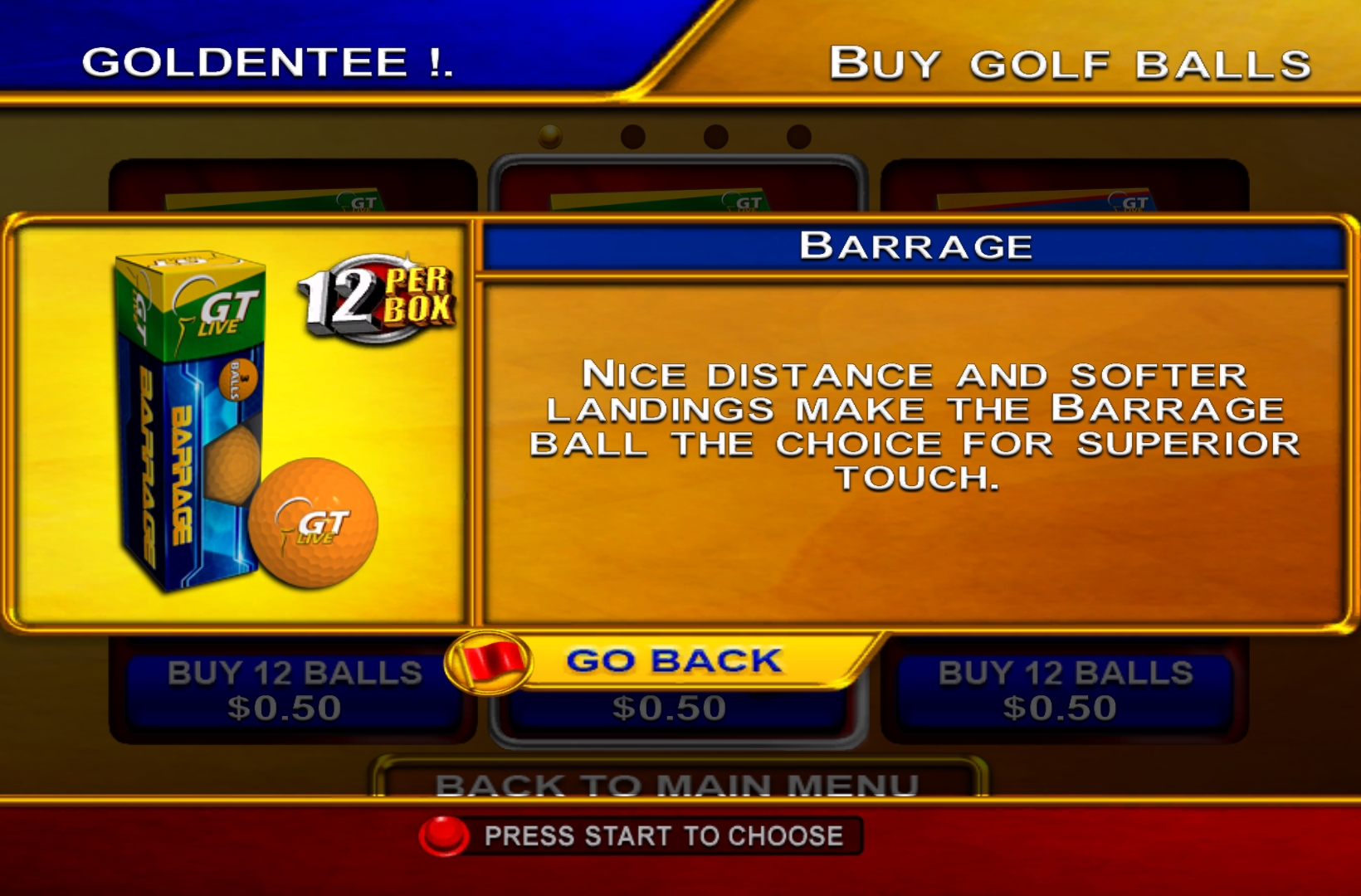 The next ball being added to the game is more of your “classic” virtual golf ball. It does a lot of things really well rather than center on one atypical attribute. It’s actually a ball that the design team spent a great deal of time concocting – thanks in large part to your playing habits.

“We went back and really took a deep look at what golf balls players currently liked. Using different attributes from several of the most popular balls players use, we crafted The Barrage” Zielinski said. “This is much more of a balanced ball, which will appeal to players of all different skill types.”

If you’re playing a ball for distance and spin right now – something in between for comfort and feel – the Barrage will certainly be one to try.

That’s it for the golf balls. Be sure to check them out on Golden Tee 2016 – coming your way on September 28!