NEWS
Hands On With Build-A-Bag
An In-Depth Look at One of Golden Tee 2016's Most Exciting Additions
http://twitter.com/share
Prev News | Next News 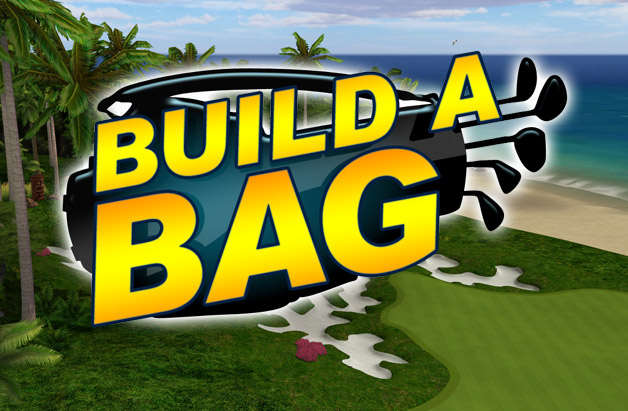 One of the greatest perks of working at Incredible Technologies and being a Golden Tee nut is getting a glimpse at what’s coming ahead of time. I cherish this part of my job, so when a game-changing addition such as Build-A-Bag is released, I immediately go all-in.

Now, for those of you unaware of what Build-A-Bag is, the name pretty much says it all: In 2016, you will be able to build your own club set—all 14 clubs—with very little fine print attached. It will be available in the GT Caddy, which you really need to download.

Seriously, do this now. You can get it on your Apple and Android devices. You want to be ready.

Now, where was I? Oh, the whole designing-a-club thing.

When I opened up the feature in the Pro Shop on the app, after I named it an described it, I was greeted to a blank canvas. A putter and an empty space to work my club magic. It was time to go to work. 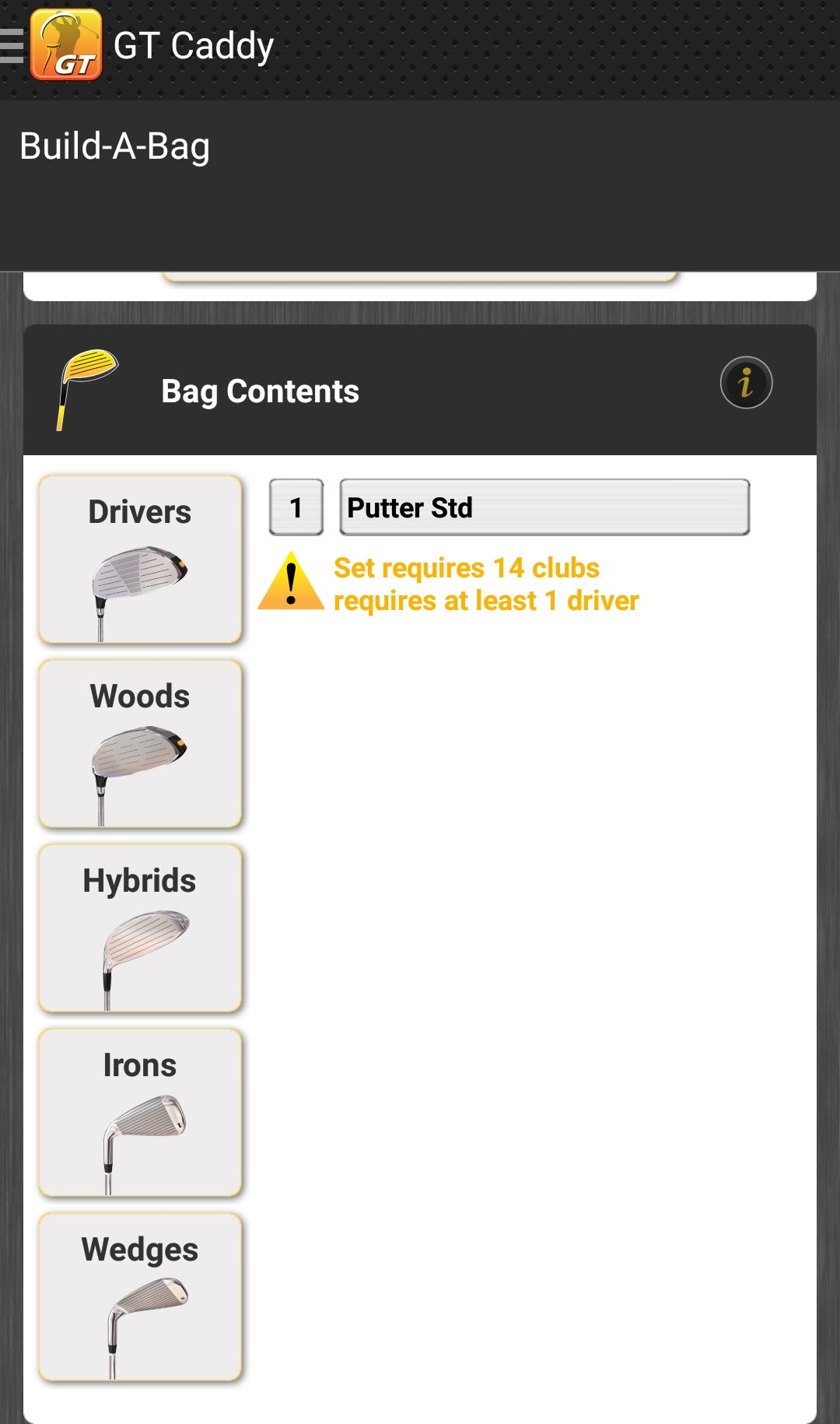 Think about it first. Engage in trial and error. Add clubs, subtract clubs, explore different lengths, eliminate huge gaps in distance and really immerse yourself in the process before you finalize your creation. I promise you; it is different from anything you have ever done in the game. I mean that in a supremely good way.

As a result, you should take time figuring it all out.

There is flexibility in designing that exists beyond simply picking the right clubs. The launch angles on clubs are not adjustable, but there are so many different options that it will like you will be able to tweak until you’re completely content.

For example, even picking a driver takes some thought. 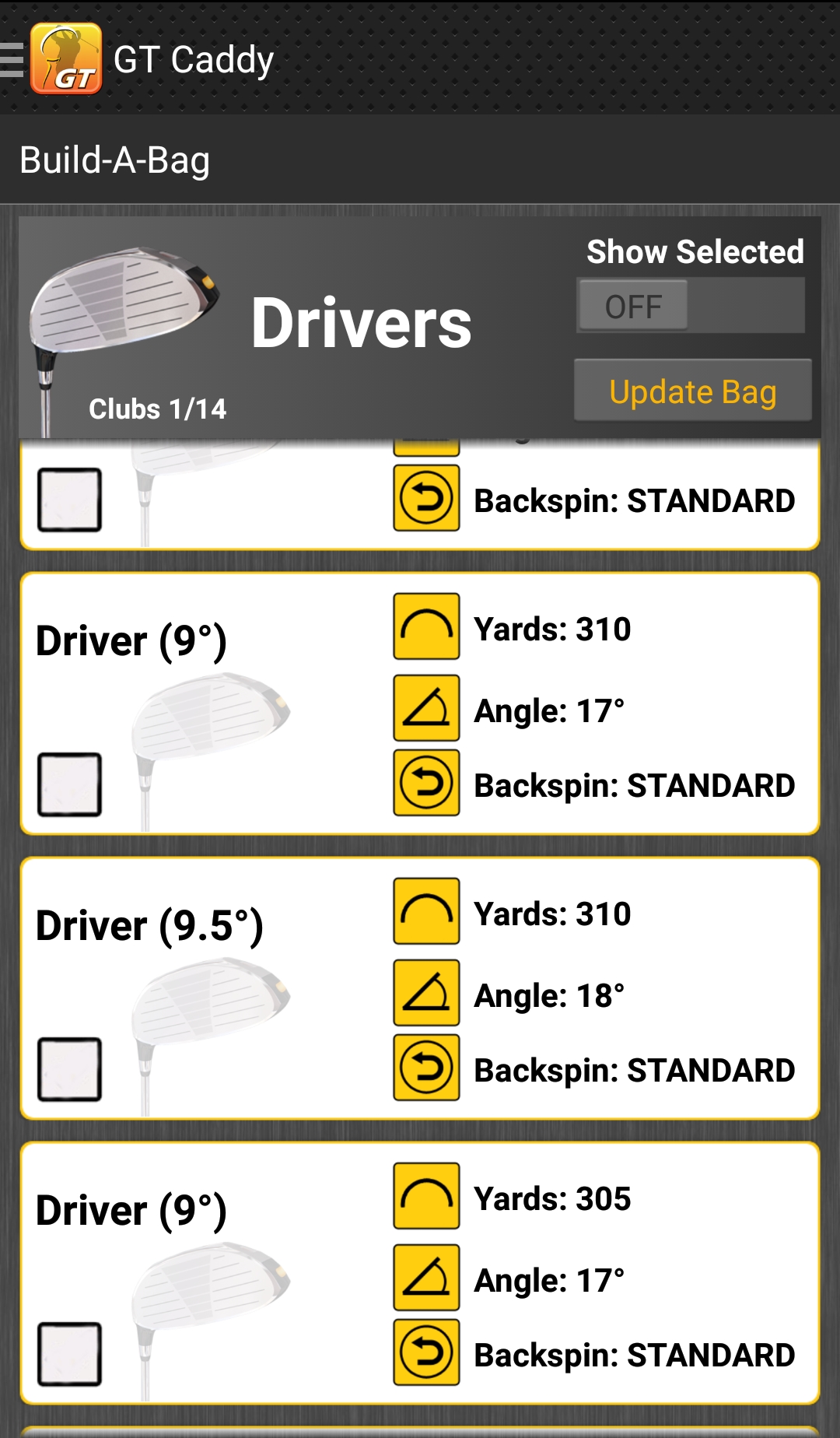 Do you play for some added loft? Do you want to keep the ball low? That's not all.

You will also have different spins to pick from: you can pick the normal lob wedge or the spinny lob wedge that will create more backspin and roll.

What you decide will depend on your playing style or the game mode being played.

This is where the feature grows a great deal of depth. This is where the thought comes in. The spin is located on the right as you sort through various clubs. How you decide to use this option is completely up to you.

(Those of you who play spin in CTTP and what your tee shots crashing forward or backward may have a fascinating new tool to work with.) 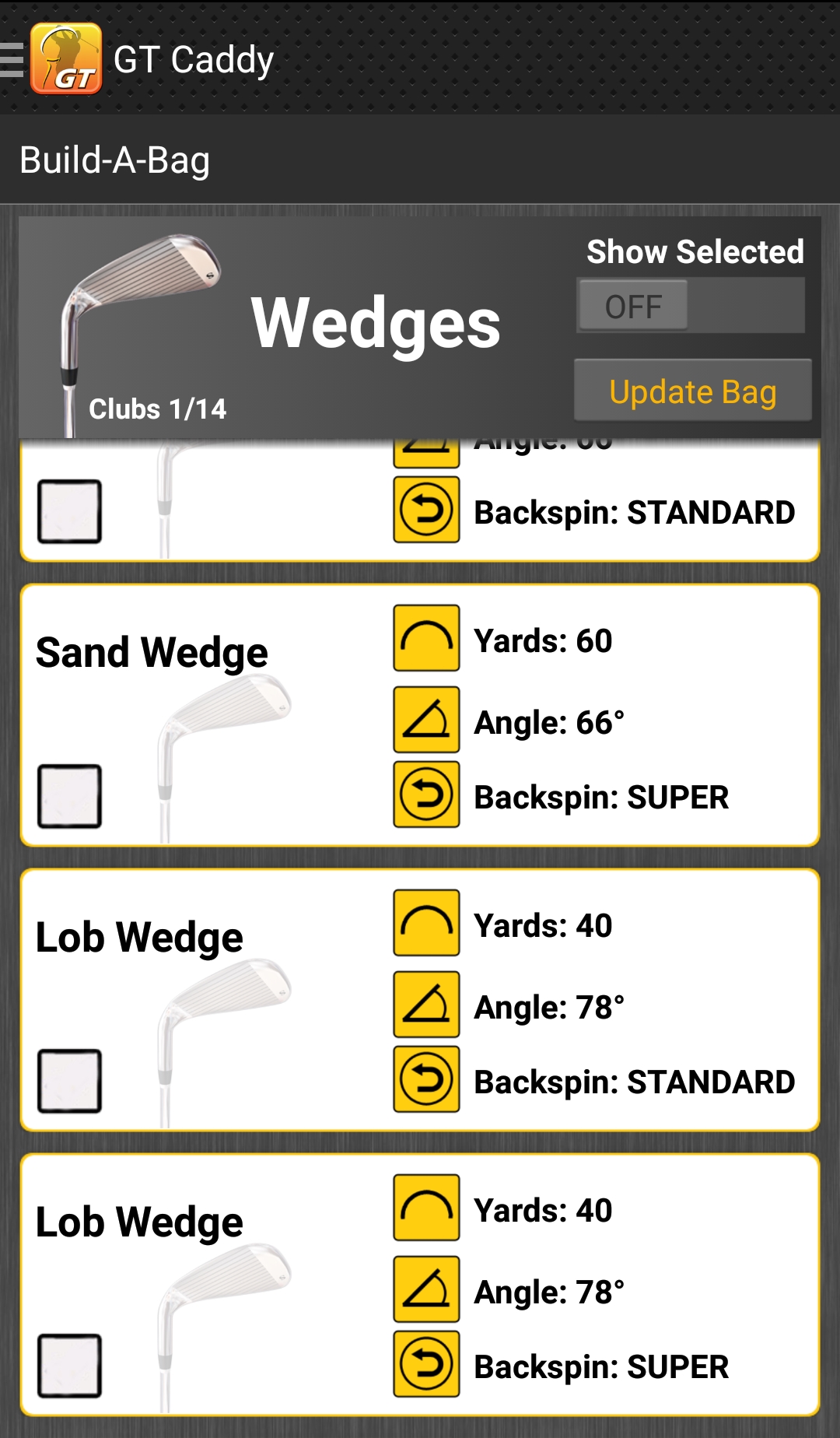 The biggest part of it all—bigger than launch angle or spin or your name—is crafting a set that suits you. Obviously much of this will likely be dependent on course.

Perhaps there’s a nifty little 9-wood shot that gets over a rock on Antelope Pass. Or maybe there’s a short par-3 that really sets up well for a pitching wedge on Volcano Palms.

This is where game/course experience will really come into play. The benefits will be situational.

As you build your set, however, you will be very mindful of distances. One of the biggest keys to a great club set is eliminating gaps between certain clubs. Having a 40 or 50-yard gap between say an iron and a fairway wood can make for some trying shots. You want to avoid that if you can.

As a result, you will likely spend a great deal of your design time trying to find the sweet spot. Is it worth losing one of your wedges for a club in between two distances? How can you build a set that makes you completely and totally comfortable round to round?

It sounds easy—and in some ways it is—but there’s also a lot to consider and a lot of subbing in and out to take place. The good news is that removing clubs before you save a set is remarkably easy. Just hit the club you want to remove followed by the trash icon and you’re all set. 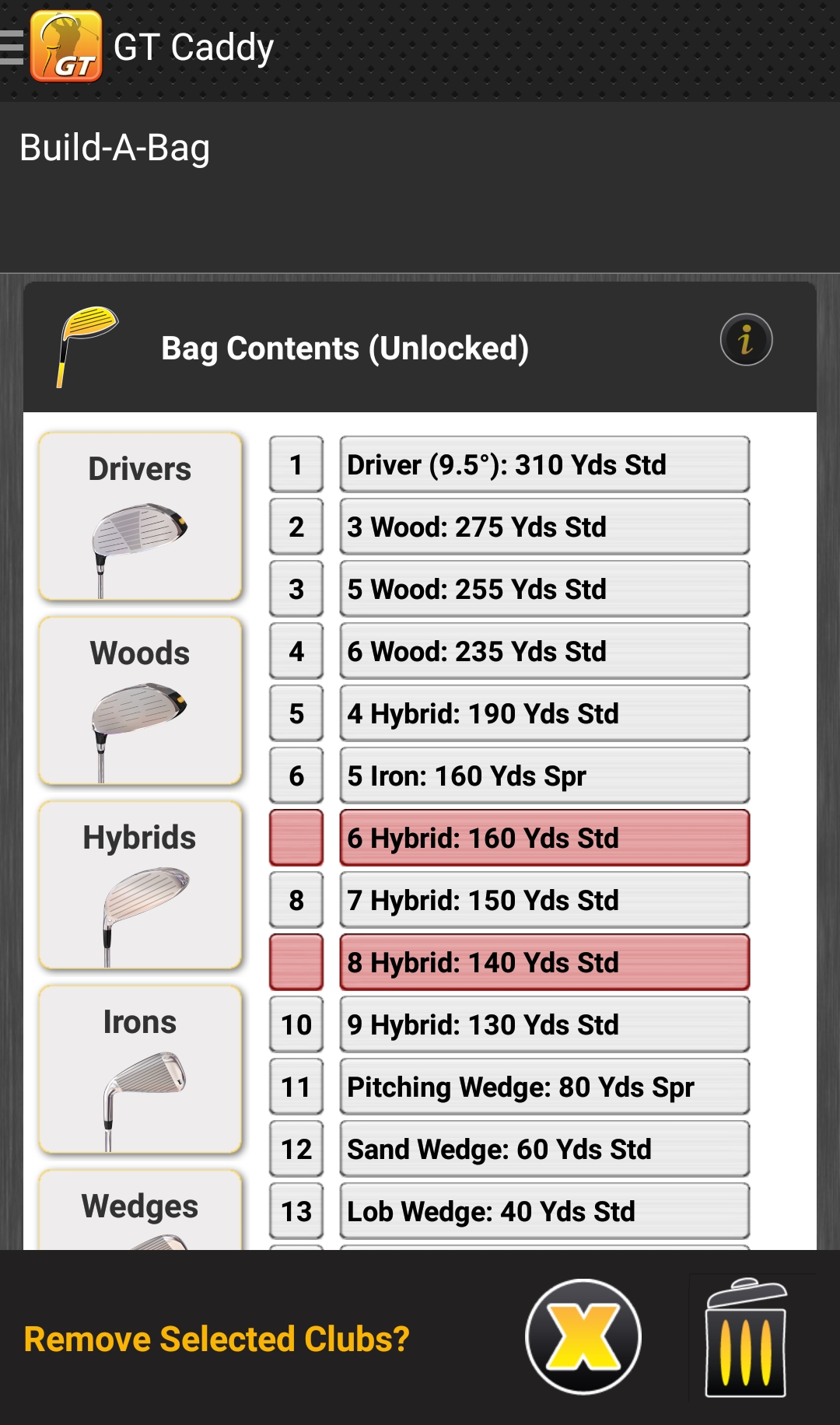 Having created more than a handful of bags, I can honestly say I haven’t found that sweet spot just yet. I’ve gotten closer—and I’ve certainly adapted to the courses—but I believe that the perfect bag is still out there.

That’s what makes this so much fun. Creating a bag, in a very nerdy virtual golfing way, is a very personal experience. It’s personal to your likes and dislikes—your strengths and weaknesses—and how you design will be far different from a friend. How you design will vary greatly course to course.

There’s something satisfying about naming a bag, writing up a description and then picking exactly what’s inside. It really is a drastic, welcomed change, one that becomes even more noticeable when the power rests in your hands.

And soon, thankfully, it will rest in yours.