NEWS
New Look When You Look Down
Golden Tee is Getting a New Control Panel in 2016; Here's Why
http://twitter.com/share
Prev News | Next News 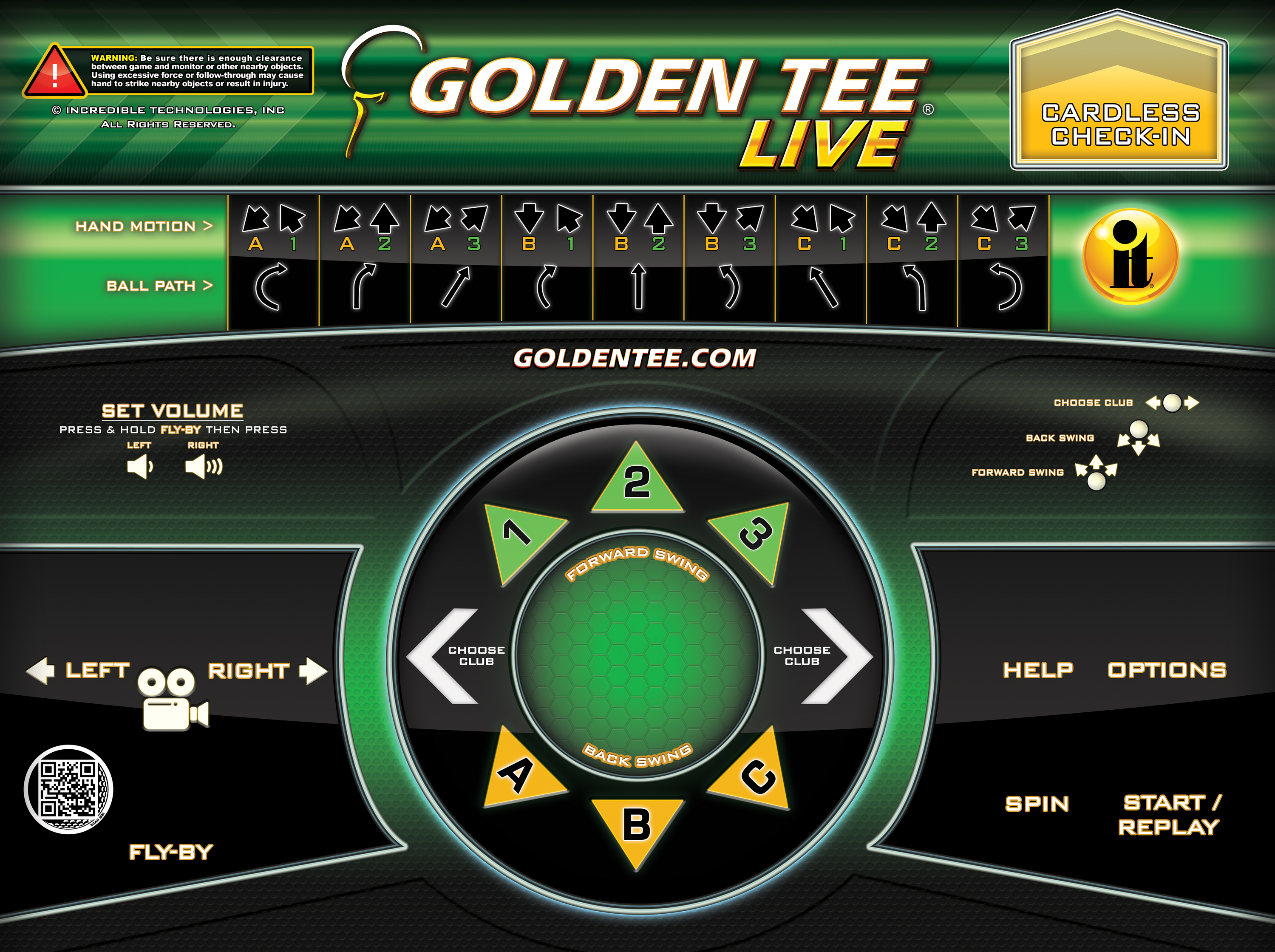 For the first time in more than 10 years, the Golden Tee control panel has undergone a significant renovation. In fact, the word renovation probably won’t do this advancement the appropriate justice.

Sure, small tweaks and changes were made to the panel over the years, somewhat seamlessly so. But the Golden Tee 2016 cabinets that ship out of the IT headquarters will have a much different look and feel about them.

Sean McMenemy, Incredible Technologies senior artist, was tasked to recreate the panel earlier this year. McMenemy also led the charge on creating the 2016 marquee—something that was revealed on Goldentee.com not long ago.

The reason for changing the control panel was simple: besides wanting to freshen up the look, the in-game menus in 2016 are undergoing a similar renovation. While we will dive deep into these advancements soon enough, the new front end menu screens called for physical adjustments to the actual cabinet.

“I looked at what we already had and just wanted to simplify the cabinet some,” McMenemy said. “Obviously nothing major was going to change. The buttons are still the buttons. The trackball is the still the trackball. The foundation of the control panel is still in place. But we wanted to eliminate as much text as we could and also freshen up the look a great deal.”

Beyond tinkering with the text, McMenemy—along with the rest of the Golden Tee team—wanted to make the shot-making guide a bit clearer. To help accomplish this goal, the pullback on the control panel is now yellow while the push through is green. The hand motion/ball path key near the top of the control panel reflects these changes.

“I want this to stand out, and I believe they will,” McMenemy said. “If you’re a new player looking to experiment with shot shaping, this new look will help you find these shots a little quicker and easier.”

The color scheme, perhaps the most significant difference of all, also underwent a massive overhaul. The nature colors that debuted with Golden Tee 2005 are gone; replacing it is a sleeker look that has a “sporting-edge.”

Getting this look right took some time. The Golden Tee team went back and forth with the colors they wanted. Brown was in one day, gone the next.

They would print out a draft of the control panel, throw it on top of the cabinet and examine certain changes. After about six drafts, they found a control panel that a) they liked and b) fit what Golden Tee will look like in the fall and beyond. Here is an image of the new panel being made. 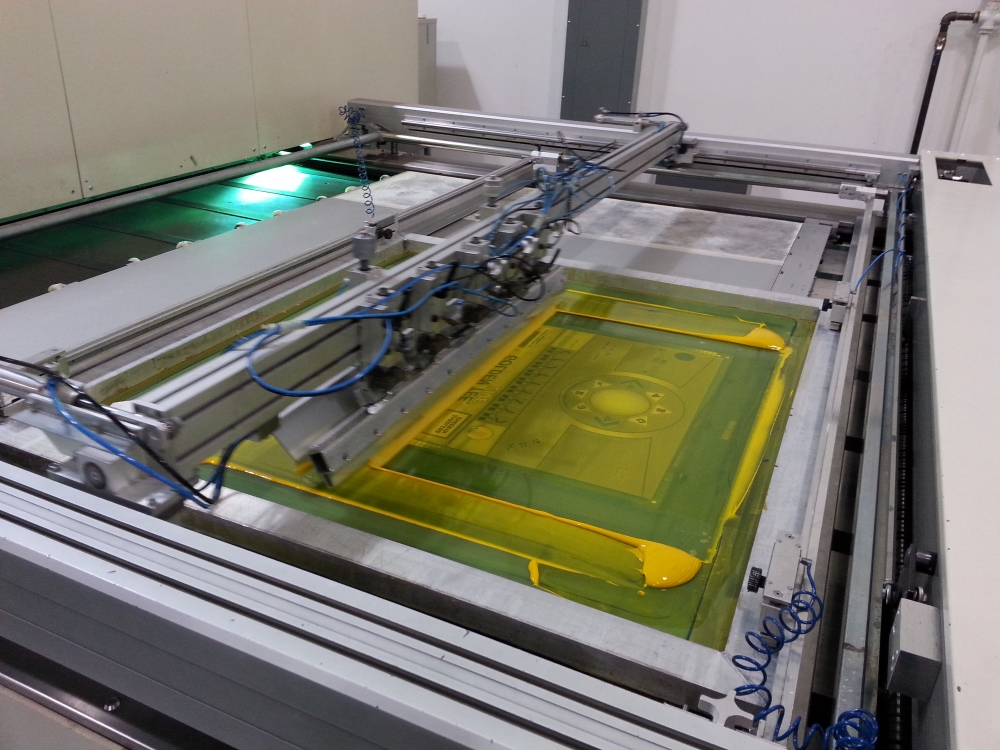 “The changing of the menus really gave us an opportunity to dive in and make some adjustments,” McMenemy said. “The new control panel, we believe, does a wonderful job of advancing the game and staying consistent with a look that will be seen and felt from across the bar and during a game.” 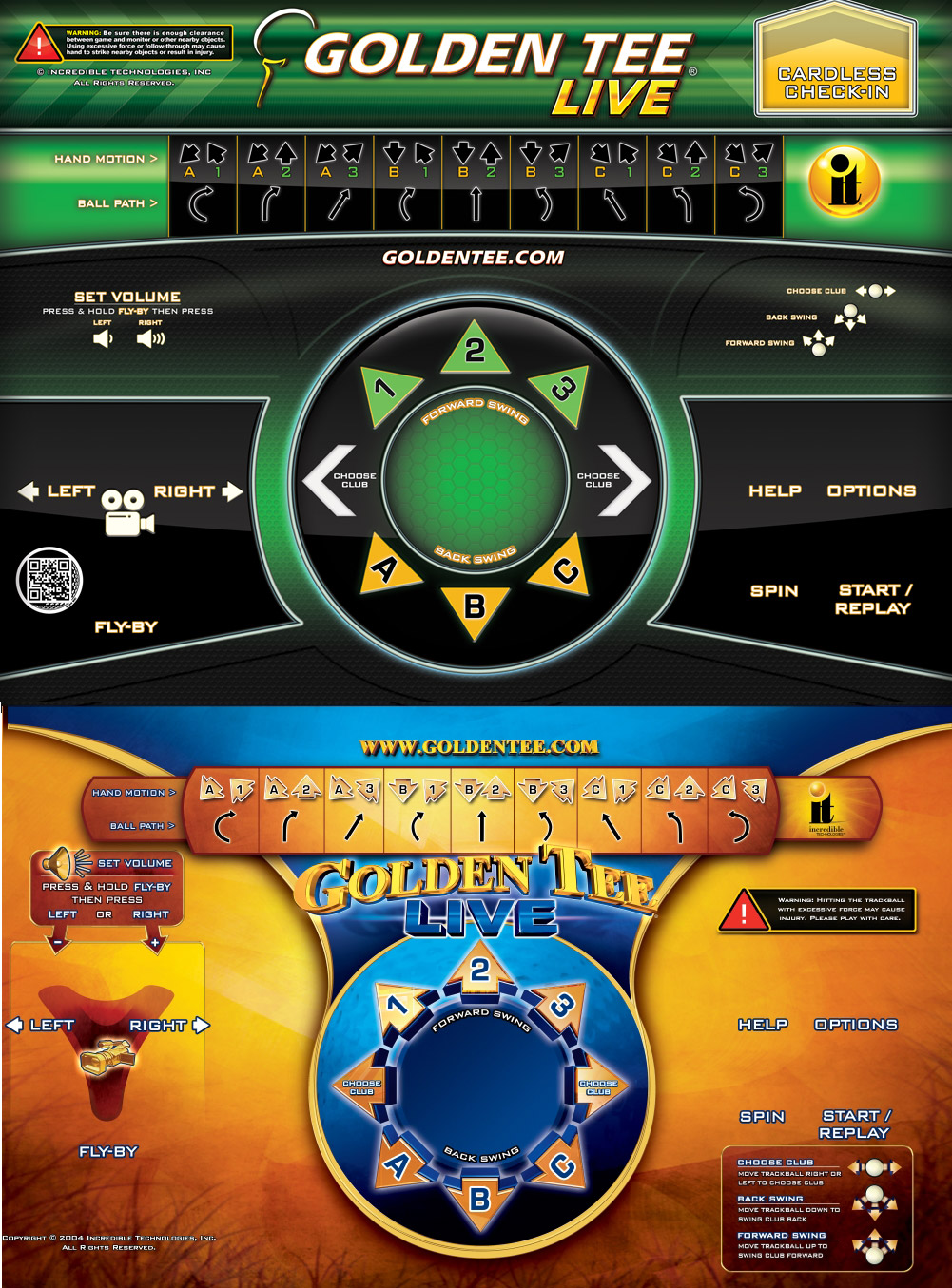 Look for the new control panel to launch when 2016 launches. It will be hard to miss.