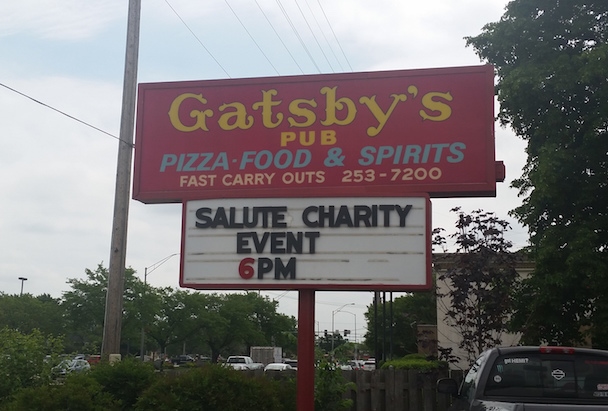 ARLINGTON HEIGHTS, IL – Breaking through in this game can be a remarkably tall order. There are small breakthroughs and grand breakthroughs. There are moments when you beat your best score, times when you can’t break through the brick wall, and peaks and valleys during the infinite grind to improve.

It’s a never ending cycle. It’s why we play.

Winning a live event is another breakthrough entirely, and it does not come without failure and familiarity. To beat a room of more than 60 people in Golden Tee, you need to know what it’s like not to win. And above all, you need to be really, really good.

Texas trackballer Paul Luna knows this; he’s also really, really good at the game and getting better by the day. At the Windy City Open, Luna validated a Golden Tee journey that is only getting started.

Power Events’ latest Golden Tee event took place at Gatsby's Pizza & Pub, a place with plenty of Golden Tee history. A total of 62 players teed it up in the Windy City Open, which began on Saturday with a five-course qualifier to determine the main bracket and seeding.

Houston’s Mark Stenmark, who came into the event with an unbelievable 30-match winning streak, was the top seed overall with a qualifying score of -135. His buddy, Paul Luna, was right behind with a score of -134.

The rest of the Top 10 was as follows.

With the 32-man, double-eliminating main bracket set, match play kicked into gear on Sunday. And just like the qualifier, the two friends from Texas bulldozed their way through the competition.

In their first four matches, neither player fired lower than a -27. This set up a king of the hill match between the two—a familiar scenario that Stenmark has gotten the best of in recent tournaments. In fairness, he’s gotten the best of absolutely everyone.

But this time it was Luna prevailing in extra holes on Celtic Shores, ending the undefeated streak and inserting himself into the finals. They were not done.

Stenmark, with one loss to his tournament resume, was inserted into the other side of the bracket. To make it into the finals he would have to beat Missouri’s Evan Gossett.

Both players fired -28s on Desert Valley, sending the match into sudden death—a common theme that carried throughout that Sunday. Halfway through the front nine, however, a Stenmark double eagle put an end to the overtime.

It would be Stenmark and Luna once more in the finals. In order for Stenmark to add another PEGT title, however, he would have to beat Luna twice.

He quickly got that deficit out of the way in the first game, besting his buddy -28 to -24. It came down to one final game on Pearl Lagoon, and it came down to the final hole. A familiar situation came into focus.

Playing perhaps the toughest hole in 2015, Luna entered with a one-shot lead. Wasting little time, he fired his shot at the green, going around the right side. His ball touched down next to the hole and barely budged. Heck, it almost went in.

Stenmark’s shot didn’t fall, Luna tapped in and his -28 bested Stenmark’s still outstanding -27. With that, Luna won his first PEGT Tour event—a moment many regular attendees were waiting for.

Now it’s a question of what’s next for one of the game’s great upcoming players.

Luna, shot in hand, summed the journey up perfectly after the event. 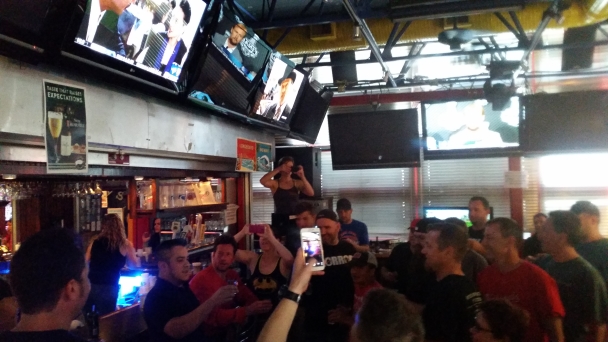 Special thanks must go out to the Power Events crew on a job well done. The tournament, like all of their tournaments, ran remarkably smooth. I also can’t commend the staff at Gatsby’s enough. They were friendly, they were everywhere and they were unbelievable hosts. Thank you, thank you, thank you.

Next stop? Minnesota. Stay tuned to Goldentee.com for details.