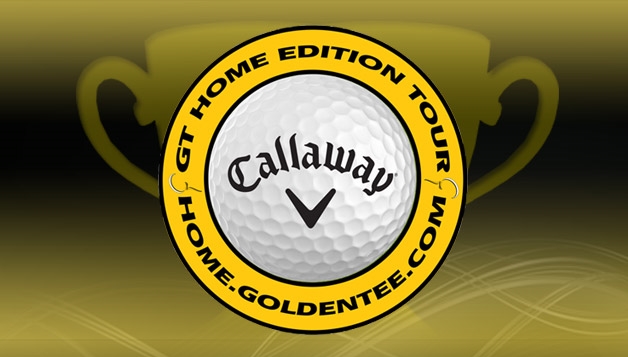 The first-ever week of the Callaway Tour—the Golden Tee Home Edition’s exclusive monthly contest—has ended. Sparkling Waters was played and played and played and then played some more. We’ll get to the results momentarily, but first let’s talk about where we are this week.

Ah, lovely Las Vegas. That’s where we’re headed next. Desert Valley is next up in the June Open as five more players will qualify for our final one-game event on Rocky Hollow. How do you qualify? For those new to the contest, here’s a breakdown.

Between now and 11:59 p.m. on Sunday, June 14, play Desert Valley on Glory or Stats mode on your Golden Tee Home Edition. We will be taking your top 10 scores throughout the week and averaging them together. The five players (who did not already qualify) last week with the top scores will earn a spot the final event.

The schedule for the remaining events is as follows.

Once all four courses have been completed and 20 finalists have played their way in, we will send each competitor a locked conditions card to play one final game. At that point, prizes will be handed out. A full list of the fabylous Callaway gear up for grabs can be found here.

Before we get to that point, however, we still have 15 people to qualify.

As for the other five, we have our first batch of winners.

After some magnificent play on Sparkling Waters—where nearly 100 people qualified for the contest and more than 5,000 games were started (!!!)—Minnesota’s Tony Johnson took home Round 1 honors with an overall score of -29.10 and a massive 572,900 Great Shot Points.

Congratulations to Tony on some fabulous scoring.

Dustin Hoehn finished second with a score of -28.40, edging Vaughn Heym’s -28.30. Michael Bowling and Kevin O’Connor each fired -28.2 averages, squeezing past Quentin Shaw with Great Shot Points. The Top 10 was as follows. 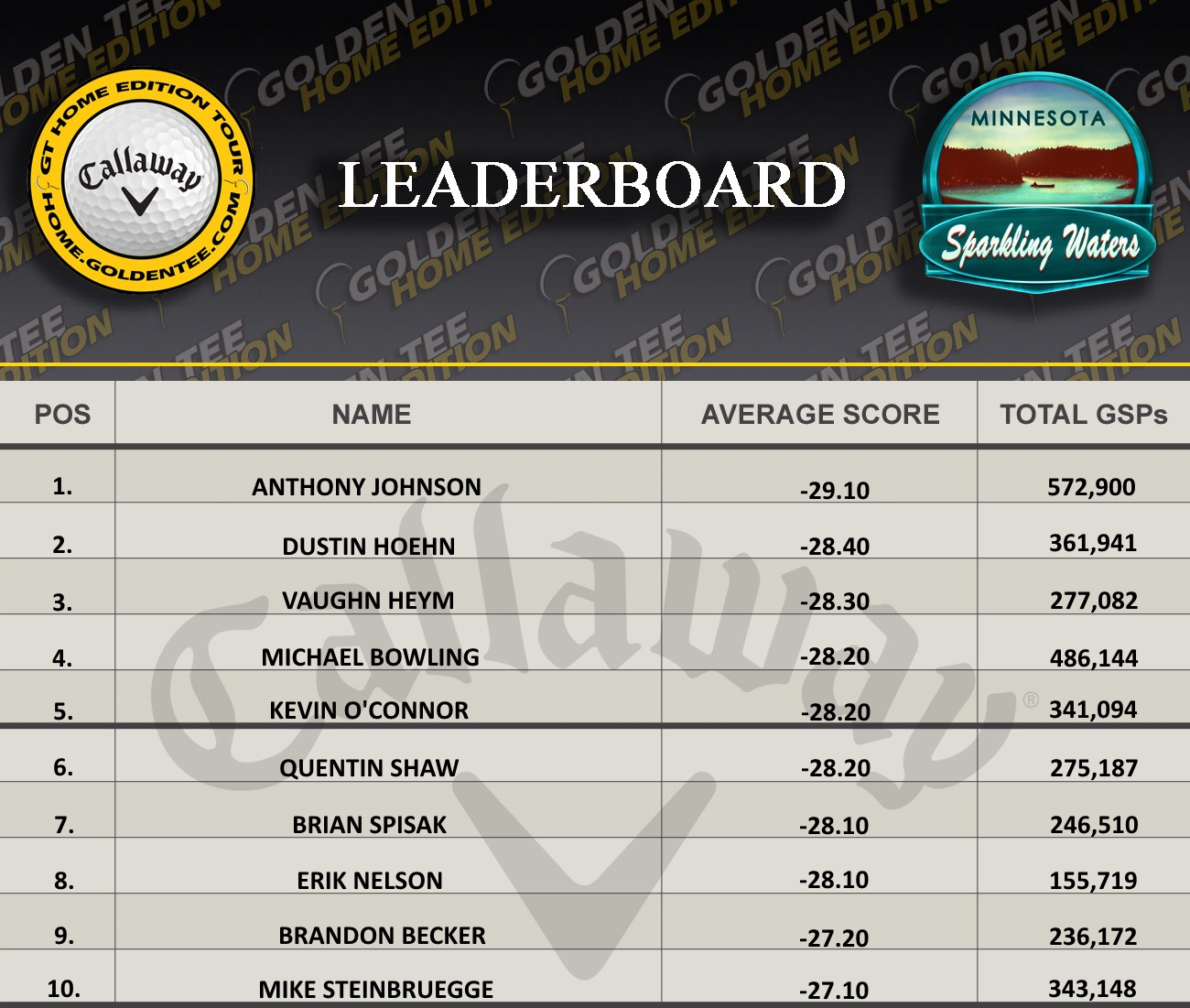 Congratulations to the five who made the cut. Now, we’re looking for the next batch of five to qualify for the main event. Desert Valley is calling your name.

Also, keep in mind that one lucky winner will walk away with a FREE Golden Tee 2016 update just by playing 10 games on each course during the four weeks. (Score doesn’t matter; just make each leaderboard and you have a chance.)