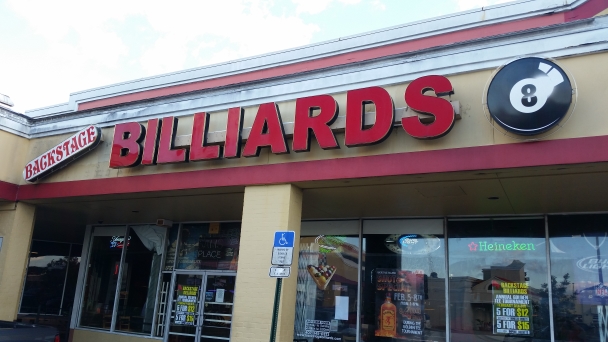 ORLANDO, FL – Scores unlike the game has ever seen, and many of them still weren’t good enough. The biggest takeaway from the first tournament of 2015 wasn’t just the tournament itself; it was the foundation set for what should be an incredible year in competitive Golden Tee.

Playing at BackStage Billiards, 85 players teed it up in Power Events’ first tournament stop. The main event began with a five-course qualifier on Saturday morning, and the scores were nothing short of remarkable. In fact, the Florida Open gave us the best qualifying score in the history of the game.

Texan Paul Luna fired off a -142 (!!!!!) after playing all five courses, which included three -28s and two -29s. No tournament ever—on any platform of the game—has ever seen a five-course score like this one. Luna cleared the field by five strokes, as Indiana’s Rodney Roberts finished with a -137, headlined by two -29s.

With the tournament field set, the top 32 qualifiers were placed in the main bracket. Luna, fresh off his hot qualifying performance, picked up right where he left off.

His first four matches were again nothing but -29s and -28s, as he powered past Missouri’s Evan Gossett and Florida trackballer Sean Gervais to play his way to the king of the hill match. It was here in the bracket that he met Stenmark, and the two Houstonians competed with a spot in the championship game on the line.

Neither player fired off their best round, although it was Stenmark getting the best of his buddy on Pearl Lagoon. With that, Stenmark stayed unbeaten and Luna was sent to the other side of the bracket, still very much alive.

There were no easy games, which cannot be said enough. Sean Gervais fired five consecutive -28s and still managed to finish outside the podium. It was an impressive finish nonetheless, although good scores—great games, even—were still not guaranteed.

That was not just a theme that was seen in games Gervais played; everyone seemed to be going low.

Those with a loss on their tournament resume hoped to join Stenmark in the championship match, although they had work to do so. Andy Haas maneuvered past Indiana’s Matt Kavanaugh followed by Rodney Roberts with consecutive -27s. His next -27 came against Luna in the semifinals, and Luna’s -27 sent that game into sudden death. After yet another incredible game, Luna prevailed. Haas took home third place.

With that, a rematch was set—one between friends, bar mates, Texans and two outstanding Golden Tee players.

Stenmark has been competing and winning tournaments like these for a while; Luna’s run has only just begun. But it did not take that next, next step on Sunday.

Stenmark, once more, bested his buddy, winning the championship game -27 to -25. Despite competing against a loaded GT field, he never dropped a match. In doing so, he added another title to his growing trophy case. Luna’s miraculous tournament run fell just short, although what an effort. No player has watched their Golden Tee game flourish more in the past 18 months than him. 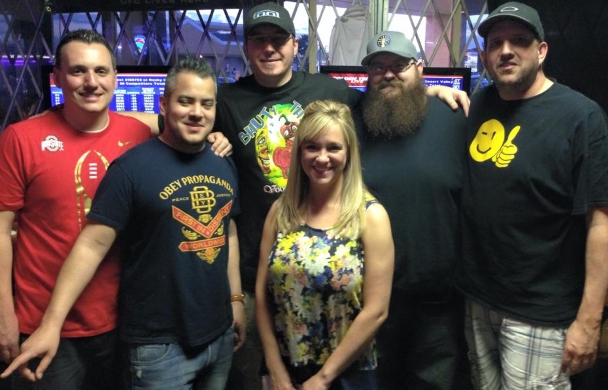 Congratulations to Stenmark on the win, and thanks to everyone who came out to BackStage Billiards. Special thanks must go to the owners and staff at the bar who were fabulous throughout the entire weekend. Also, thank you to Power Events for another tournament weekend well done. At this point, there’s no reason to expect anything else.

What a weekend. What playing. What scoring. What an overall unbelievable time had by all.

The next tournament will be here soon enough. The next PEGT Tour stop will be in Missouri, which will begin on April 23. Much more on this monster event to come; we hope to see you all there.