NEWS
Tight Near the Top
Next Time Someone Says Points Don’t Matter, Show Them This
http://twitter.com/share
Prev News | Next News 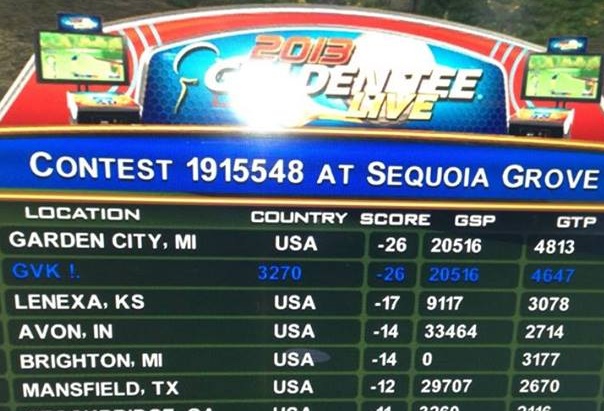 This cabinet leaderboard shot comes courtesy of up-and-coming GT pro George Von Koschembahr, who is “GVK” in this particular image. And, more notably, he’s situated in second place after equaling both score and Great Shots Points of the player in front of him.

Yes, they tied on Great Shot Points, which is… rare. If you’ve ever wondered if it’s happened before—and clearly you have—here’s proof.

Every Great Shot Point counts, and you can never be sure when the next tie-breaker—Golden Tee Points will come into play. But, this picture doesn’t tell the full story.

Both players were later edged out by yet another -26 with 12k more Great Shot Points.