NEWS
The Story of Champ '99
Explore the history of this "lost" course with Jim Zielinski.
http://twitter.com/share
Prev News | Next News 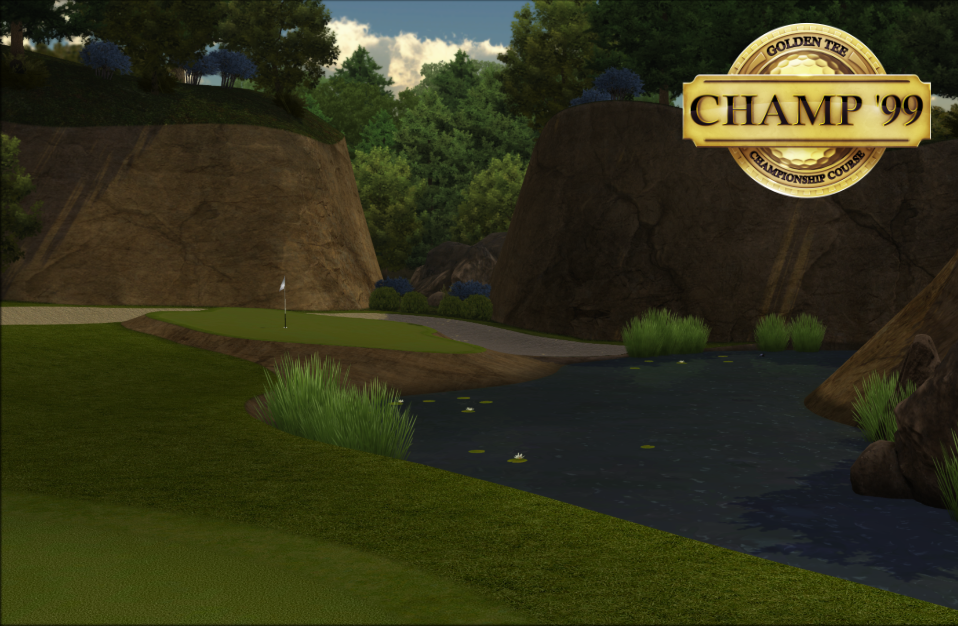 The year is 1999, and Golden Tee ‘99 is hot. With IT’s implementation of the tournament system, players were afforded the opportunity to compete with video golfers around the country for cold hard cash, in pursuit of monthly prizes amounting well into thousands of dollars. With Golden Tee 3D Golf in its fourth year, plans for the Incredible Technologies sponsored 1999 Golden Tee National Championship began, and a call for something different, something to offer veteran players a genuine challenge, reverberated within the walls of IT. We sat with Jim Zielinski, Golden Tee Co-Creator and Course Designer, to reveal the storied history of Golden Tee 2022’s latest addition, Champ ’99. 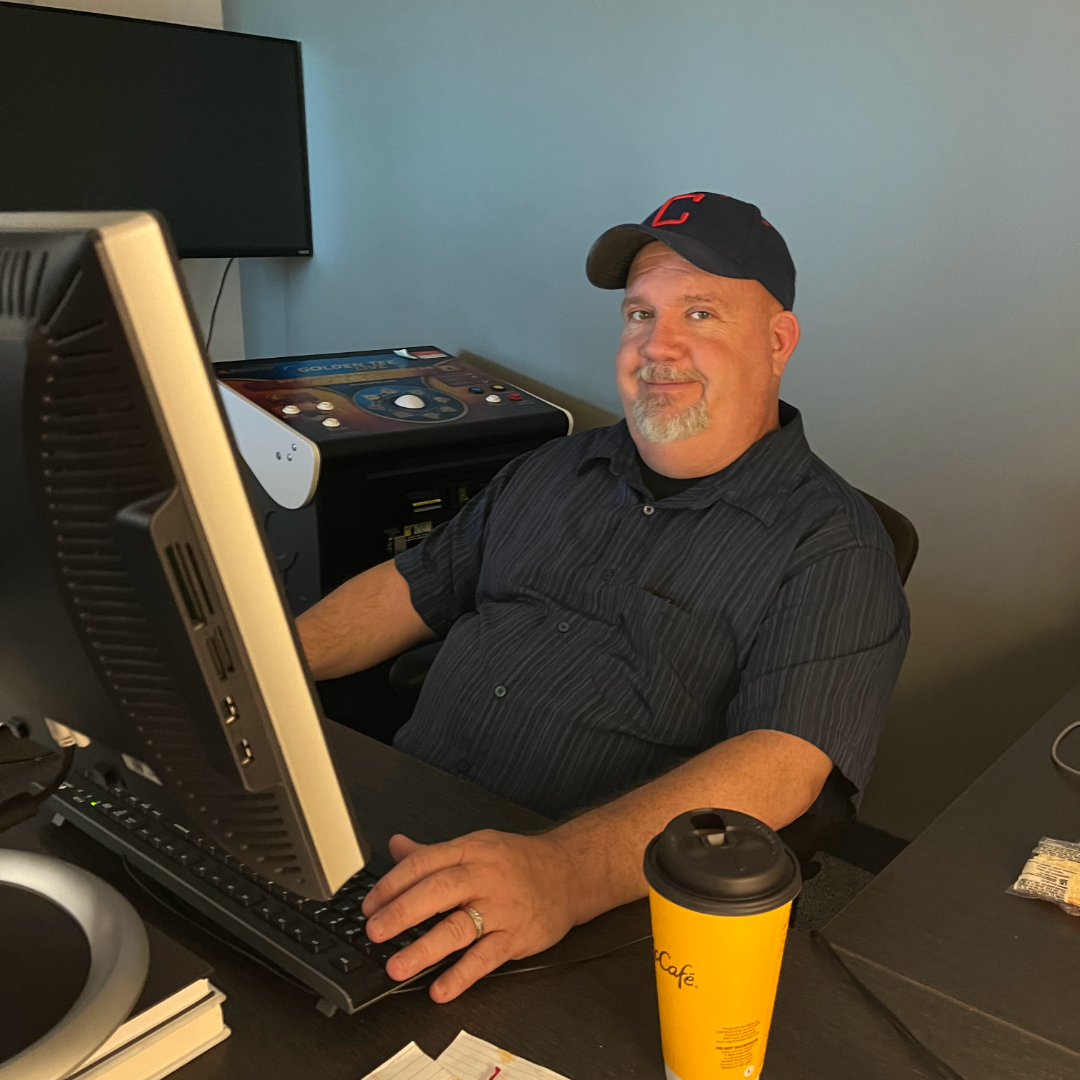 IT’s Golden Tee National Championship had evolved over the last several years, from a 1995 conceptual test tourney run by the company in nearby Chicago, IL, with a grand prize of $1,000, to a series of regional competitions leading into the year’s main event. Golden Tee, still in its formative years of competitive play, didn’t feature some of the variable elements players have come to expect in the LIVE and PGA TOUR releases of the classic series. Jim recounts, “It wasn’t like what we have today, where we have multiple pins and different looks. You had very limited setups. So, players would learn each hole, exactly what to do, where to place the ball, and it became a thing. The person winning the Championship was usually a guy who learned the ropes, rather than playing golf, they’re playing by memory.” Leading into the 1999 event, Jim and his team recognized an opportunity to level the field of competition. “We wanted to showcase true golf talent. So, we had the idea of, ‘Hey, let’s give them something they’ve never seen before. When they get to Vegas, they’re not going to be able to rely on memory, they’re going to have to play Golden Tee.’” 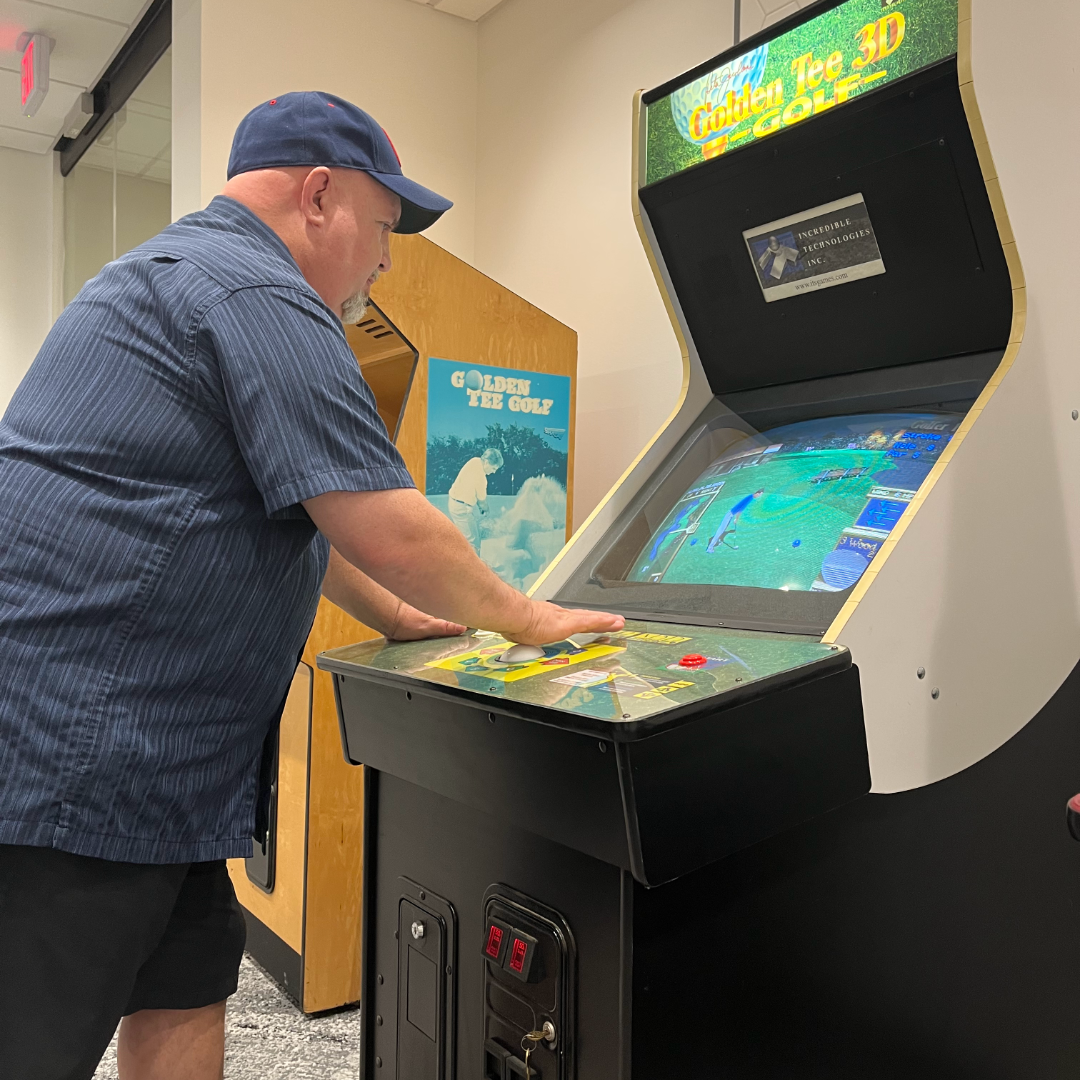 Jim and his team went to work, with the resolve to introduce a renewed element of competition to the upcoming National Championship. “We had three courses that year, and we decided that what we would do is repurpose that stuff. The look of the course, the trees, all that stuff, but the idea there was the challenge.” Settling on Colorado-based Golden Tee ’99 course, Aspen Lake, as his base of inspiration, he built a “souped up” collection of 18 holes to debut in Las Vegas. The course featured a redesigned layout and routing, longer distances, heavier slopes, and more island greens than its predecessor. 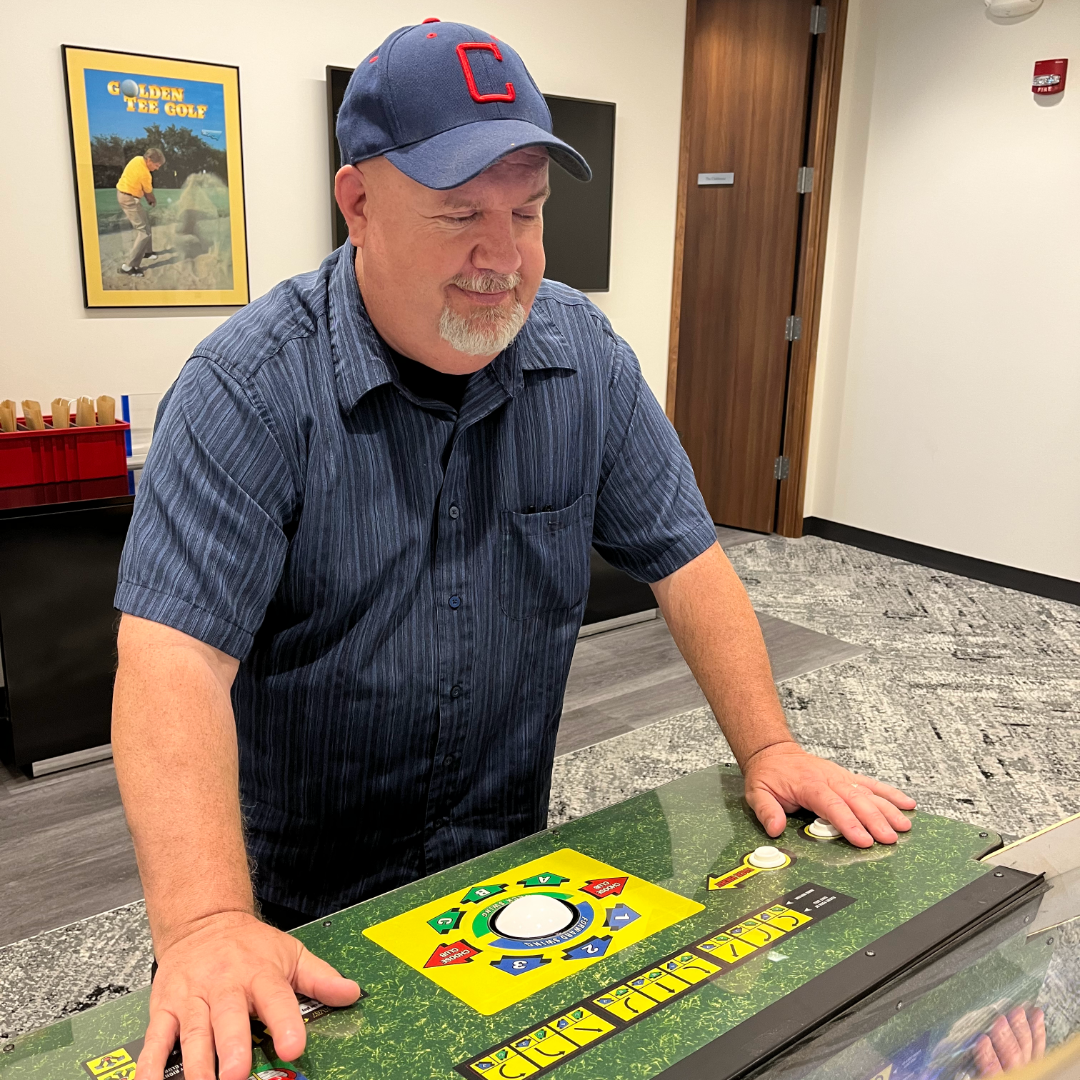 Jim created championship variants of the remaining two Golden Tee 99 courses, and would on to give several GT courses a similar treatment over the next couple of years. He intended to present the players with a challenge, and he was successful in doing so. As it turns out, the team may have been a little too successful in their endeavor. “It was a double edge sword, because these guys are shooting half of what they normally would. Like, the guy who won a championship with like a minus 16. That’s really not giving the pros justice, as far as what they can do. So, eventually we moved out of that and just had them do the regular courses again.” The series would go on to feature an increasing set of variables that would present players with a wide variety of setups, making the series of “Championship Courses” a short-lived tale in the grand history of Golden Tee. 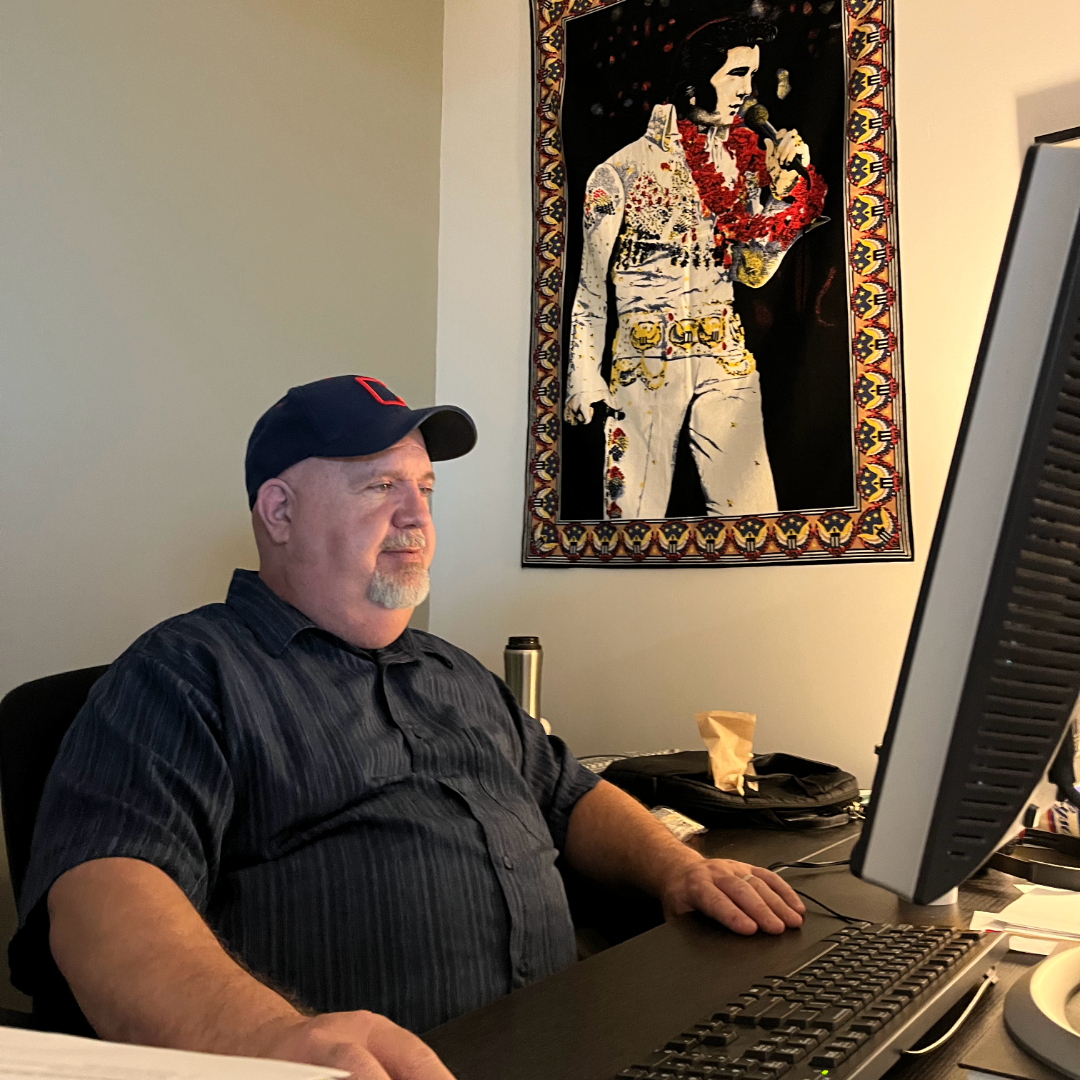 The King hard at work.

IT’s method for the way hole and course data has evolved over the years, and Jim tasked himself with digging into older files to reorganize them, suiting the more compartmentalized approach that was now the standard for Golden Tee. “As I’m looking through them, and I’m putting all of these holes into their little folders, I’m finding extra holes, and I don’t know what they are. Then the lightbulb went, ‘Oh yeah, these are the championship courses.’ I brought the idea to Adam, and said this would be really cool to do, because these are courses that no human being has played since ’99. They were never released to the public, there’s no ‘retro’ version of any of these. The only recollection anyone could ever have is a videotape of someone playing them or a player somehow remembering anything specific about them, which I doubt. So, I thought this would be kind of cool to bring back to life.” Adam Kramer, President of Incredible Technologies’ Amusement Division, agreed, and the GT team went to work making this dream a reality. 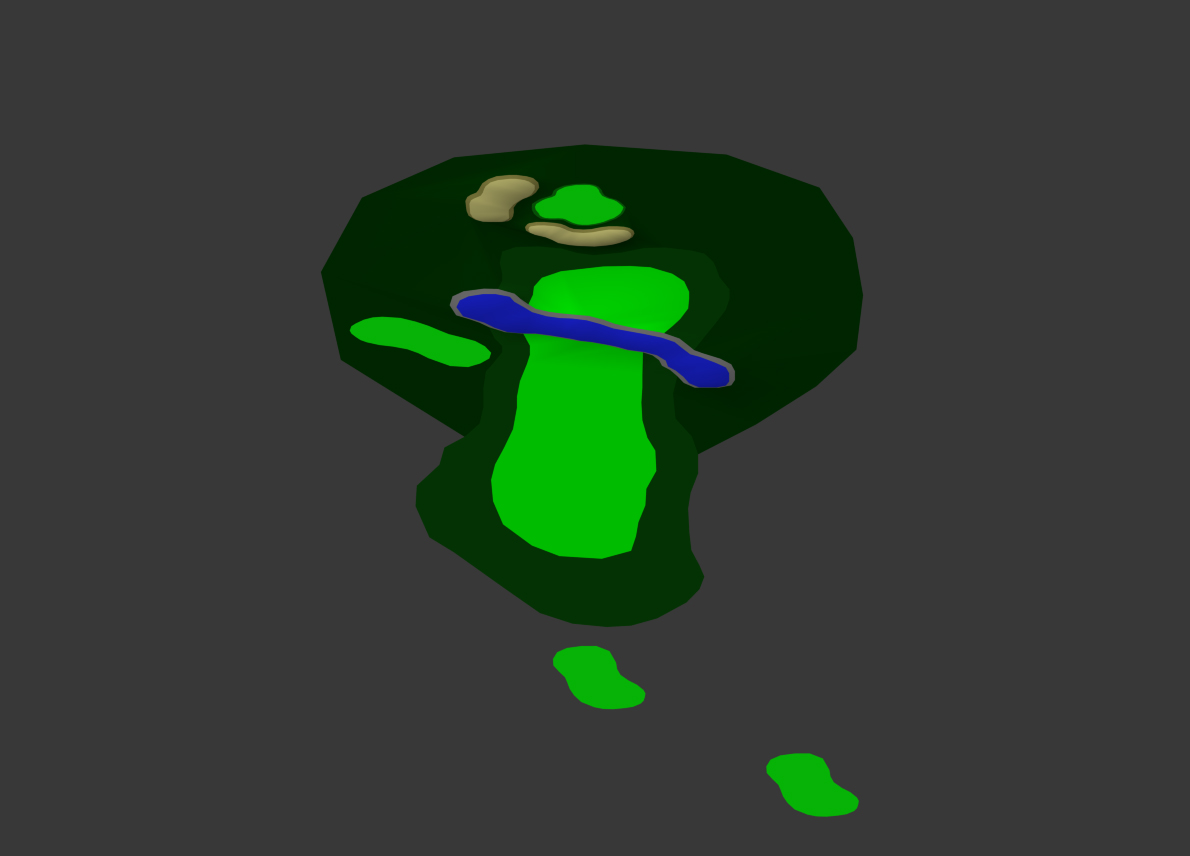 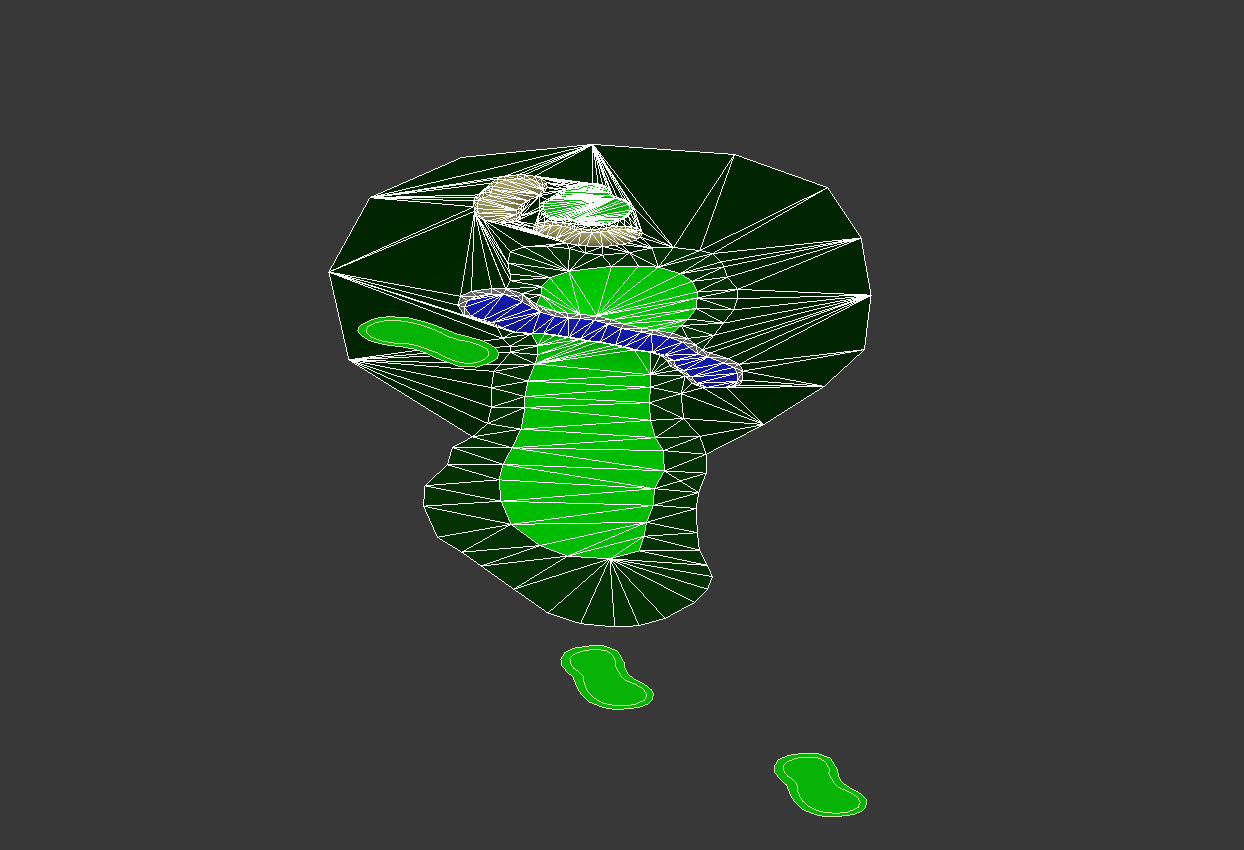 23 years ago, Jim Z. used software called 3D Studio to design the courses for Golden Tee ’99, which were the foundation for the championship courses. He now works with a suite of tools called 3ds Max, the current iteration of the 3D Studio line of releases. “Those are still importable, and can be accessed by the current system. I bring it in kinda like a template, create the shapes from it, and I use those to create the new mesh to be used in the current system. We had to scale everything to match our current stuff, but it’s not a big deal.” 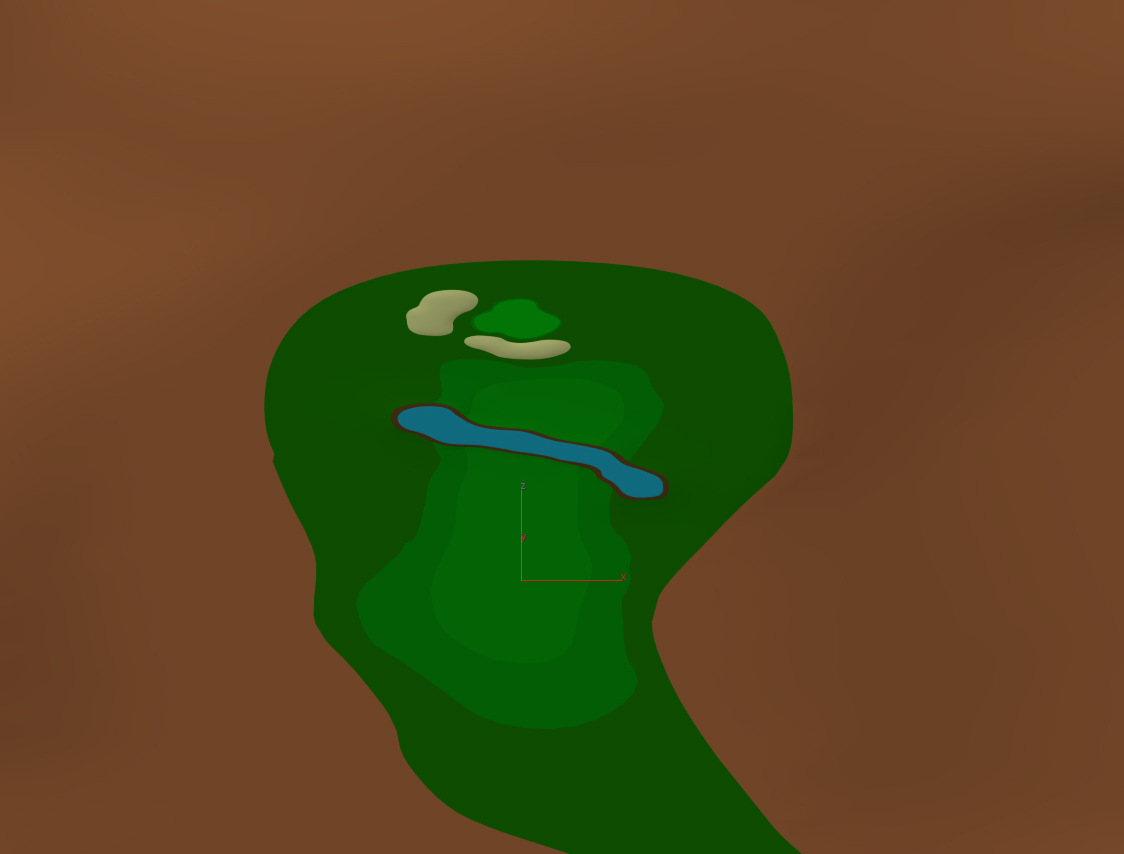 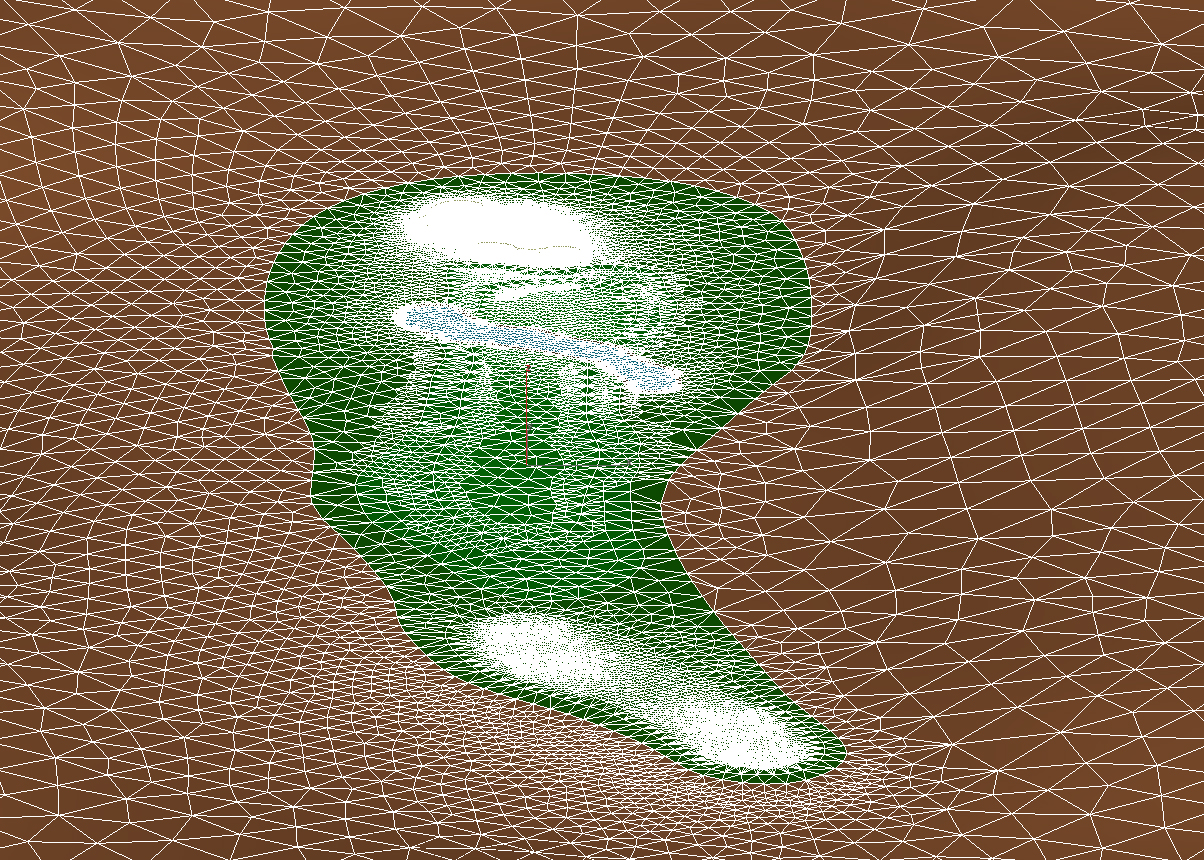 “For our beginner players, it’s just another course, right? I think for our hardcore, the guys who have been around that long, I think they’re gonna love it. For the guys who were actually at the championship, 12 or 16 guys or whatever, they’re gonna be able to play these things again. I think that’s pretty cool.” 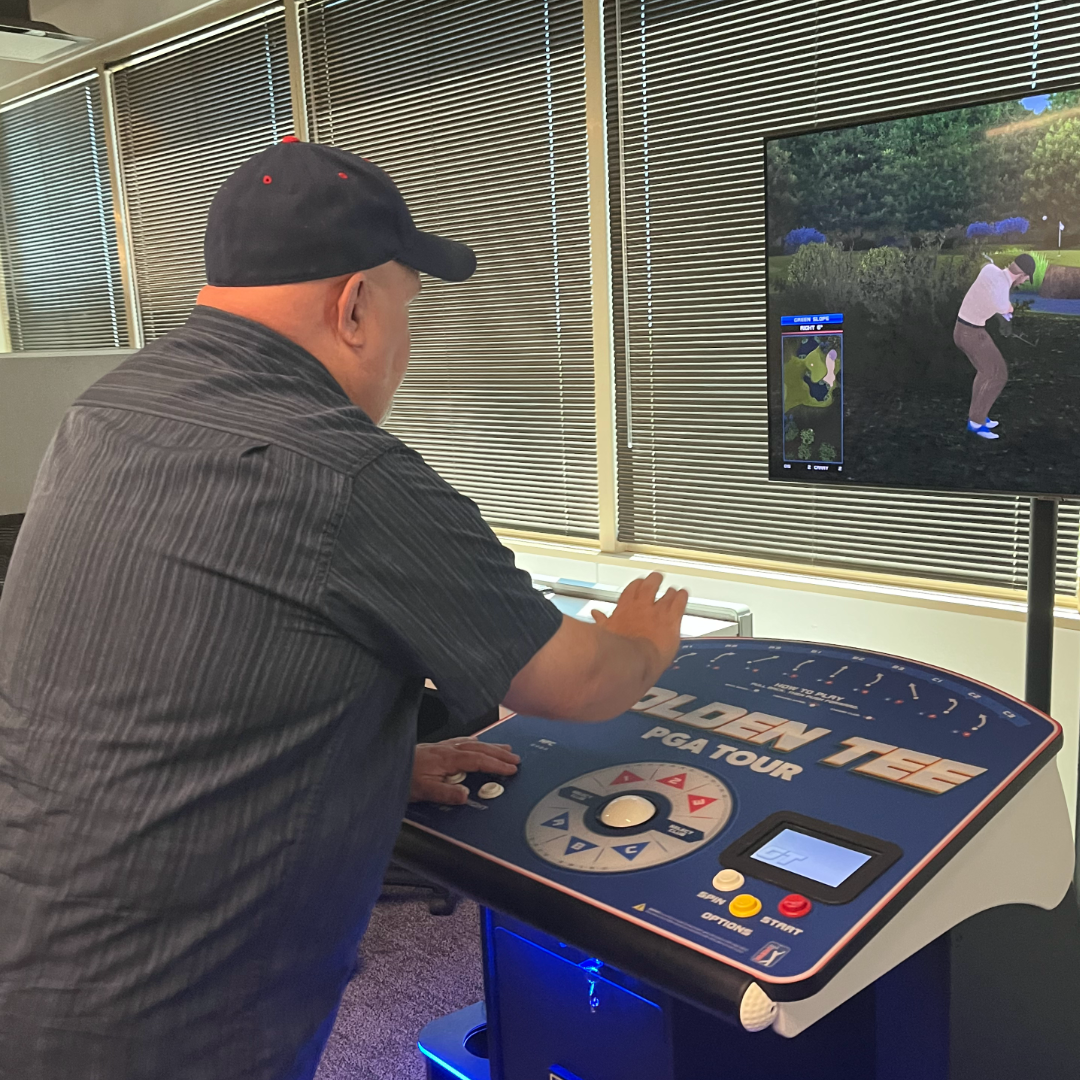 This may be just the beginning for what could find its way out of the GT vault, and find its way into future iterations of the game. Championship courses were created for several years before they were phased out, and the Design-a-Hole competition, which affords players an opportunity to channel their inner Jim Z., bumps a Jim Z. original hole from that year’s GT release. “Those holes are still out there. Maybe those will make their way onto a course someday in the future.” There may be more treasures to be unearthed within the archives of IT, more stories waiting to be told, but today…today we have Champ ’99. Thanks for the memories, Jim. We’ll see you all on the links.