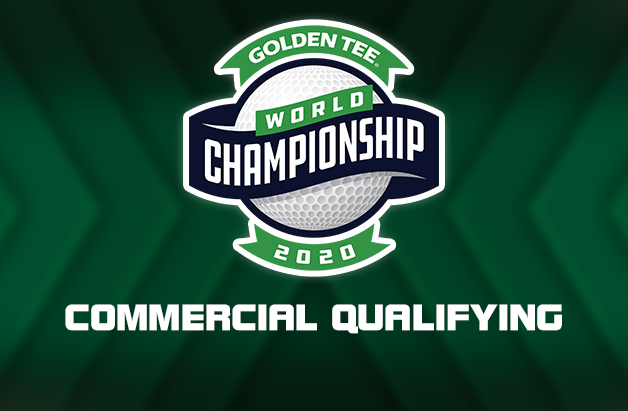 In less than one month, qualifying for the 2020 Golden Tee World Championship will commence! And with a field of 88 players, one of the largest World Championship fields in the history of the game, players will have a multitude of ways to gain access to our June 12-14 event at The Orleans Hotel & Casino in Las Vegas, Nevada.

On February 10th, qualifying on Golden Tee 2020 commercial cabinets will begin on Events Mode. The format will look familiar for those who participated in this form of qualifying last year.

Each Event will take place over the course of a week on a single course. Setups will vary with each playthrough.

A player’s best five scores from the week, Monday through Sunday with Events opening and closing at midnight central, will be combined to get your overall total. Great Shot Points in those games will serve as a tiebreaker.

The five players with the lowest combined scores for a given week will qualify for the 2020 Golden Tee World Championship. These players, and others, will also earn their share of the prize pool for the weekly contest.

Players can start as many games as they please during the week to improve their scores. Once each week-long event has concluded, the leaderboard will be cleared, a new course will be featured, and the next qualifier will begin. (Games played with different cards or IDs cannot be combined, so be sure to check in with the same ID each time you play.)

Qualifying dates are as follows:

Of the 88 players who qualify for the World Championship, 60 will come through commercial Events, which can be played on any Golden Tee 2020 cabinet at bars and other locations around the country.

Once a player is qualified, they can still participate in the next Event for prizes, but any spot they qualify for will be awarded to the next non-qualified participant who meets all the requirements.

There will be 24 other qualifying spots up for grabs, which will be outlined in the days and weeks ahead. This includes Home Edition players, the new infamous Money $hot ‘Golden Ticket’ contest and more.

“We have some exciting ideas that will change the way we build our field and crown a champion,” Incredible Technologies’ director of esports, Andy Kuhlman said. “Some will feel familiar. Others will be new to this year and hopefully tap into the competitive nature of the game we love."